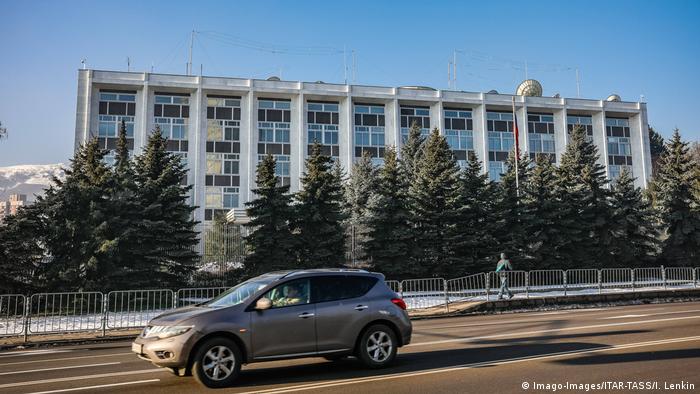 The Russian Embassy in Sofia said two Russian diplomats, including the embassy's consular first secretary, would be leaving Bulgaria over an espionage row.

Bulgaria's Foreign Ministry summoned the Russian envoy and presented him with the request on Friday.

"No evidence was presented to confirm the activities, which would be incompatible with their status," the Russian Embassy said.

The Russian statement said one of the men was an embassy employee and described the other as a trade representative.

"We also consider the decision of the Bulgarian authorities to publish this information before officially notifying the embassy incompatible with the traditionally constructive spirit of relations between our countries," the embassy added.

Previously, Bulgarian prosecutors said the consular first secretary was gathering information on elections in Bulgaria while the trade official was looking into the country's energy sector and energy security. They determined that although the two men engaged in espionage, they could not be charged due to diplomatic immunity.

Russia said it reserved the right to respond with "reciprocal measures."

Moscow and Sofia have maintained close relations even after the fall of the Warsaw Pact led by the Soviet Union. The two Slavic, predominantly Eastern Orthodox countries share cultural and historical ties, and Russia remains Bulgaria's most important energy supplier.

However, the relationship has been put under increasing strain due to a series of spy scandals in recent years.

Sofia's latest move comes just a day after three Russian nationals were charged in absentia over the attempted murder of a Bulgarian arms manufacturer in 2015. According to Bulgarian prosecutors, the three unnamed suspects tried to poison businessman Emilian Gebrev, his son Hristo Gebrev, and manager Valentin Takhchiev. All three of them survived.

Previously, an investigation by Germany's Der Spiegel newsmagazine, the UK outlet Bellingcat and Russian website The Insider tied the case to Russia's GRU intelligence agency, whose agents were also involved with the attack on Russian double agent Sergey Skripal in 2018 in Salisbury in the UK.

In October 2019, Bulgaria expelled another first secretary with the Russian Embassy for gathering classified information. Additionally, the government in Sofia declined to grant a visa to Russia's suggested defense attaché.

Russia responded by expelling a Bulgarian diplomat from Moscow.

Bulgaria has deep traditional ties with Russia. But the war in Ukraine is sowing significant divisions between pro-NATO and pro-Russian groups. Meanwhile, support for Russian President Vladimir Putin is waning.

The local governor says Ukraine has "pushed back" Russian forces in the fight for the key Donbas city. Meanwhile, a top official has speculated that the war might last several more months. Follow DW for the latest.