The center-right GERB party is on track to win Bulgaria's parliamentary election, initial vote tallies show. PM Boyko Borissov will face hurdles in forming a government after anti-graft parties ruled out a coalition. 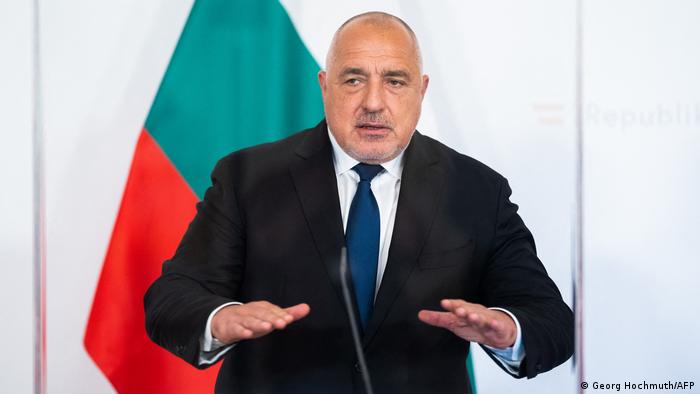 Bulgarian Prime Minister Boyko Borissov's party is set to take the largest share of seats in the country's parliament, according to official interim results released on Monday.

The tallies, however, show the center-right, pro-European Union GERB party falling short of an absolute majority — indicating a tough road ahead for coalition talks.

What's the latest on Bulgaria's election?

Partial results released by the Central Election Commission show GERB garnering around 25% of the vote.

Five other parties, however, are set to enter parliament as well — including three protest parties.

In a surprise showing, the protest party "There Is Such a People" (ITN) is in second place with 19%. The party is led by TV presenter, cabaret artist and prominent COVID-19 denier, Slavi Trifonov.

Results show the opposition Socialists coming in third with just under 15%.

Two groups behind last year's anti-corruption and anti-government protests also had a strong showing. The conservative-liberal-green coalition Democratic Bulgaria is on track to take over 10%, while the anti-graft alliance "Rise Up! Mafia Out!" garnered 5%.

Ethnic Turkish party MRF is set to secure 9% according to the vote tallies.

Although several parties set to enter parliament following Sunday's vote, a key ally of Borissov's party is unlikely to make the cut.

The nationalist IMRO, currently the junior coalition partner with GERB, has around 3.6% of votes counted — falling short of the 4% threshold to enter parliament.

With a key ally out of the running and with several protest parties ruling out a coalition with GERB, talks to form a government are likely to be long and complicated.

Borissov, who hopes to secure a fourth term in office, suggested assembling a cross-party government of experts on Monday but did not provide further details.

Full election results are expected to be released on Thursday.

Rise Up and Democratic Bulgaria seek to unseat GERB