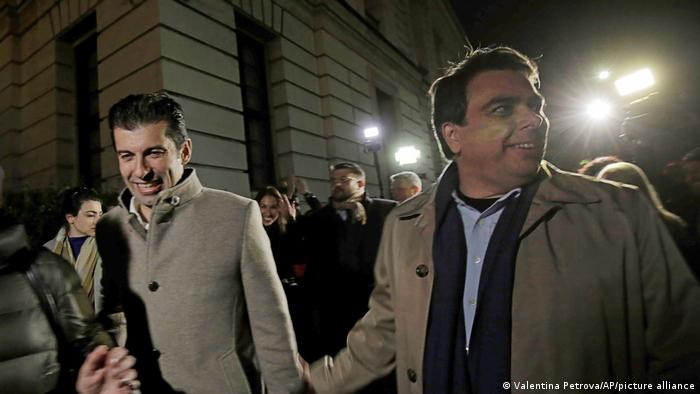 The vote on Sunday marked the third time this year that Bulgarians headed to the polls hoping a new parliament may lead to a stable government.

The election was seen as a chance to end a months-long political stalemate as the eastern European country struggles with another wave of coronavirus infections. Elections in April and July returned fragmented parliaments where no party was able to put together a coalition.

With over 75% of the ballots counted, results showed that the We Continue the Change party received 25.3% of the vote, edging out the opposition center-right GERB party of former Prime Minister Boyko Borissov by nearly 3%.

If the latest count is confirmed, Kiril Petkov, the 41-year-old leader of We Continue the Change, will be set to form a new government. 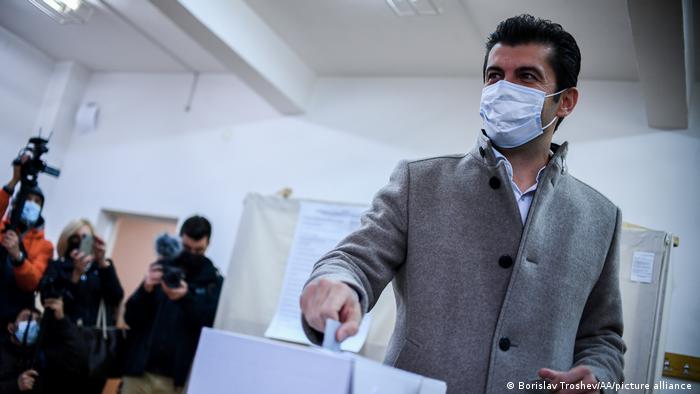 Bulgarian President Rumen Radev congratulated We Continue the Change for what he called a "compelling victory."

"I believe that this time parties will overcome their differences in the name of our future, and we will have a stable majority to elect an efficient government,'' Radev said.

How did other parties do in the election?

According to the latest results, five other parties made it into the 240-seat chamber. The ethnic Turkish MRF party got 13.7% of the votes, the Socialist Party got 10.3 %, the anti-elite There is Such a People party got 9.7% and the liberal anti-corruption group Democratic Bulgaria got 5.9%

The nationalist Revival party received  5% of the votes.

In the presidential race, which was also held on Sunday, exit polls showed incumbent Radev taking 49% of the vote in the first round. He is one of Borissov's fiercest critics.

Massive anti-graft rallies that accused Borissov's administration of corruption had been matched with a loss of support in the polls.

However, the opposition parties have been unable to forge a ruling coalition.

Another vote in July did nothing to end the impasse with GERB again emerging as largest party, but by the narrowest of margins.

If official tallies confirm a win for We Continue the Change, the party could have a better shot at forming a ruling coalition.

Ahead of the poll, analysts predicted a low turnout due to concerns over the spread of the coronavirus and political apathy in the wake of two inconclusive elections.

A low turnout would favor Borissov and GERB, which is still likely to emerge as the largest party and which has a base of loyal voters.

However, investigations by the current caretaker administration into alleged corruption during his tenure could hamper his already fragile chances of finding coalition partners.

Political analysts predicted that We Continue the Change, would likely finish in second place and be at the core of a new government. The party was founded only a few weeks ago by the previous caretaker government's economy and finance ministers — both of whom were part of the protests against corruption.

We Continue the Change has quickly won wide support and, on about 16% of the vote, was polling equally with the Socialists in the run-up.

Some 6.7 million voters were also be eligible to elect the new head of state on Sunday, with a total of 23 candidates in the running, including Radev.

The need for a new government is pressing as the country struggles with new COVID infections and the lowest vaccination rate in Europe.

The interim administration has failed to impose stricter measures, with the number of deaths from COVID-19 spiraling.

Recently, some 200 people have been dying each day in the country's short-staffed hospitals. Only 23% of the Bulgarian population is fully vaccinated.

Meanwhile, the political uncertainty coupled with rising electricity and fuel prices have further damaged the economy.