Building quickly and cheaply, but with a concept: Making a home for refugees in Germany | Culture | Arts, music and lifestyle reporting from Germany | DW | 22.12.2015

The German Architecture Museum in Frankfurt is inspiring politicians with its exhibition on architecture for refugees. It's been chosen to represent Germany at the Venice Biennale in 2016, and the world will be watching. 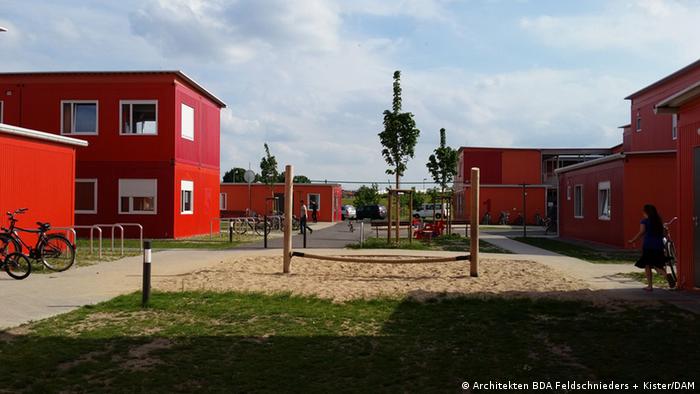 Accommodation is a basic need for everyone who lives in Germany - and it must be affordable, believes Peter Cachola Schmal, the director of the German Architecture Museum, and his curators Oliver Elser and Anna Scheuermann.

Hundreds of thousands of homes are already urgently needed in Germany. "The problem is not new," says Scheuermann, "but it has been exacerbated through the arrival of so many refugees." More than a million people have arrived in Germany in 2015. To meet the demand, at least 400,000 new units need to be built every year until 2020, according to a study by the housing industry. But much fewer are actually being built. As a result, half a million people could end up homeless by 2018. 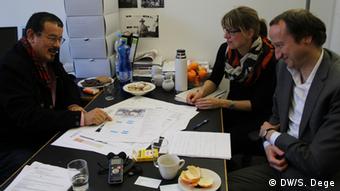 "We want to explore how architecture can help turn refugees into settlers": Elser (at right)

The administrative offices of the German Architecture Museum in Frankfurt are housed in a magnificent building from the 19th century. Boxes pile up in the office of the museum's director. Folders fill entire bookshelves. At the conference table, Schmal, Elser and Scheuermann go through the different propositions sent by architects, municipal authorities and refugee support groups on the topic "Building for refugees and migrants."

New refugee shelters are growing like mushrooms in Germany. Municipalities are hurriedly setting up halls and container villages to accommodate them; empty factories or former barracks are also being transformed to provide more possibilities. "They need to build quickly, with little money, that's their goal," says Scheuermann. "Many architects are very committed. They're aware of the problems."

Yet the curators also know that in many cases, these refugee shelters are located at the edges of cities, in industrial areas, where there are no shops, barely any public transportation and obviously no jobs. "It's a race against time," summarizes Schmal. The growing demand is also making construction costs explode.

Construction costs for new buildings are now about 1,500 euros ($1,630) per square meter (10.75 square feet). Under that price, nothing can be built, explains Schmal. Yet many municipalities cannot afford to pay that much. Still, if a town is assigned a quota of refugees from the district, it has to deal with their accommodation quickly, as prescribed by law. 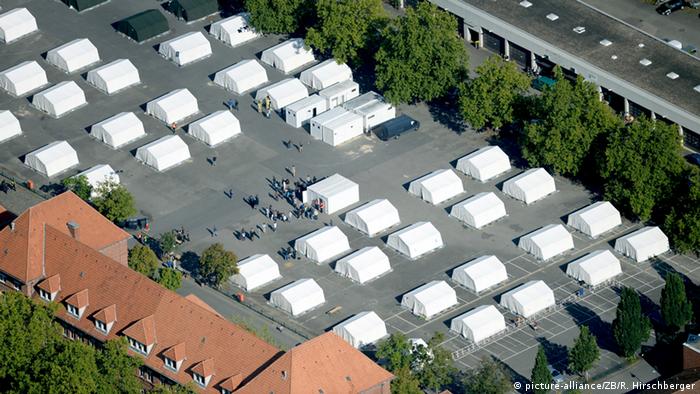 To meet the demand, building companies often offer "all-inclusive" packages that are then rented by municipalities that don't have any other options. "The problem is imposed from authorities at the top and it has to be resolved from the bottom level," says Schmal. The current "several billion-euro" investment program is the largest since right after World War II, he adds. Even building companies from countries which are not taking on refugees, such as Poland, are involved in the effort.

"Who is in charge of overseeing everything being built for refugees in the country? Nobody," says Elser. "The whole world is following what's happening in Germany, because we have welcomed the most refugees and everyone wants to know how we are managing that," adds Schmal.

The shortage of affordable housing is not just affecting refugees. "In many places, middle-class families cannot find an apartment they can afford either," says Scheuermann. There are more apartments than ever in Germany, but people are using up more space as well. Every German inhabits 45 square meters on average - that's more than twice as much as right after World War II.

Inspired by the past

So where should the refugees go? "There is a lack of social housing," says Schmal. He fears that conflicts over the distribution of accommodation between the poorer population and the refugees will put a strain on the social climate. 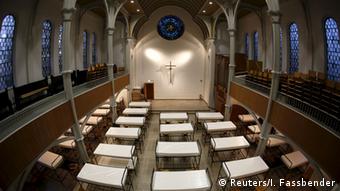 German communities have been struggling to house refugees

Scheuermann believes the accommodations must be open, with small rooms, not necessarily perfect - but cheap. People need a place where they can build a social network, and meet people who share their language, religion and habits. She points to a model, the Ernst-May settlement in Frankfurt, where 15,000 housing units were built between 1925 and 1930.

"The homes were small, but they also offered gardens to grow vegetables." Offering "do-it-yourself" possibilities facilitated integration. When people are allowed to design their environment, they can also feel at home.

Schmal, Elser and Scheuermann are not primarily focusing on the concept of "integration" - they prefer to use the term "home," or "Heimat" in German. Their concept for an exhibition called "Making Heimat. Germany, Arrival Country" convinced Barbara Hendricks, Germany's minister for building, to commission the team to design the German pavilion for the Venice Architecture Biennale in 2016. "We want to explore how architecture can help turn refugees into settlers," says Elser.

"First people build houses, and then houses form people," philosopher Albert Schweitzer once said. This idea guides the team. They will publish the first results of their research online in February. The Venice Biennale begins in May. Until then, their reflection continues.

An architectural and design collective called Assemble has won Britain's Turner Prize for contemporary visual art. The group has been recognized for helping redevelop a run-down area of Liverpool. (07.12.2015)

This church may not be the most impressive from the outside, but it won Germany's top prize in architecture for its trendsetting features. Discover other award-winning architectural projects. (13.10.2015)