Brussels Warns US on Protectionism | Business | Economy and finance news from a German perspective | DW | 30.01.2009

Brussels Warns US on Protectionism

A "Buy American" provision in the US economic stimulus plan, which would ban foreign-made steel or even more products from new infrastructure projects, has ruffled feathers in the EU. 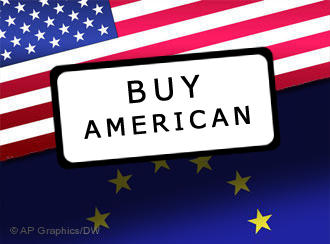 The United States will not get away with expanding a "Buy American" protectionist measures as part of its economic rescue plan, European Union officials warned Thursday.

"The one thing we can be absolutely certain about is that if a bill is passed which prohibits the sale or purchase of European goods on American territory, that is not something we will stand idly by and ignore," European Commission trade spokesman Peter Power told journalists in Brussels.

On Wednesday, the US House of Representatives approved a 622-billion-euro ($819 billion) stimulus package designed to jolt the country's economy out of its worst recession since World War II.

The package calls for investments in infrastructure, renewable energy, health, education and other sectors, together with sweeping tax cuts. 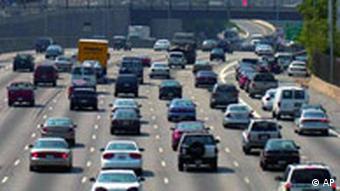 The package calls for investments in infrastructure, like highways

But alarm bells have rung in Europe over the bill's plans to extend the so-called "Buy American" provision, originally enacted in 1933, to ban foreign-made iron and steel from most of the new infrastructure projects.

The legislation now moves to the US Senate and the "Buy American" provisions could yet be scrapped. But a version of the text due to be discussed by the Senate next week goes further, barring all foreign-made goods from being used in all stimulus-funded initiatives.

US President Barack Obama, who has made the stimulus bill a cornerstone of his economic plans, has not commented specifically on the provisions. But he has said that its focus must be on creating more than three million jobs in the United States.

Power said that it was too early for the commission -- the EU's executive -- to comment on the act as a whole, since it had not yet become law. 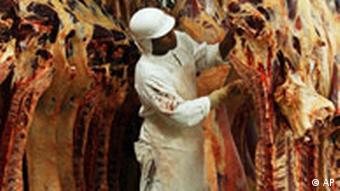 The EU and US have a string of cases pending at the WTO, like the one involving hormone-treated beef

"Before we have the final shape of that particular bill it would be premature to take a stance on it," he said.

The US and the EU are one another's main trading partners, with trade flows topping 1.7 billion euros ($2.25 billion) a day, according to commission figures.

However, they have regularly clashed over questions of trade barriers, with a string of cases pending in the World Trade Organization on issues ranging from a European ban on hormone-treated beef to US anti-dumping tariffs on French uranium.

According to the commission, the original Buy American act affected around 26.6 billion euros ($35 billion) worth of federal contracts in 2005.

The EU is ready to go to the World Trade Organization should US governmental aid to its struggling auto industry be deemed "illegal" by European lawyers, Commission head Jose Manuel Barroso said Friday. (14.11.2008)

German Foreign Minister Frank-Walter Steinmeier joined the debate over whether the ailing European car industry should be saved by individual countries by calling on the EU to consider a Europe-wide rescue package. (18.11.2008)

Many officials in the European Union are trying to keep their expectations for the future of trans-Atlantic relations under Barack Obama realistic. But they admit there is much room for improvement. (06.11.2008)