Britney Spears gets own lawyer in bid for freedom | Culture | Arts, music and lifestyle reporting from Germany | DW | 15.07.2021

Britney Spears gets own lawyer in bid for freedom

It was an emotional hearing in the legal battle over Britney Spears' conservatorship. A judge in Los Angeles ruled that the pop star may choose her own lawyer. 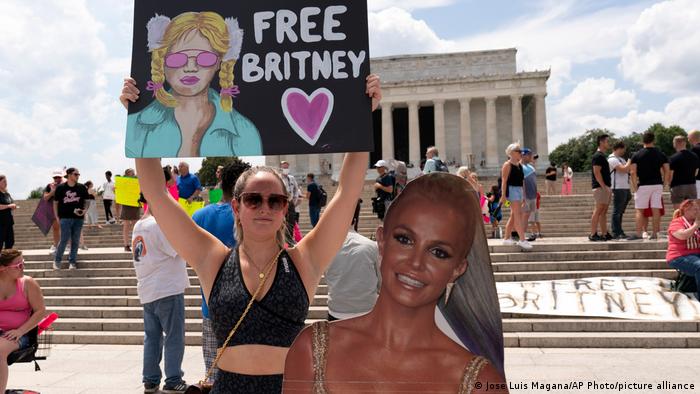 Rally on Wednesday in Washington in support of Britney Spears

Superstar singer Britney Spears will be represented in the future by Mathew Rosengart, who previously worked with renowned clients such as Sean Penn, Keanu Reeves and Steven Spielberg.

"The question remains, why is he involved,'' Rosengart said outside the courthouse. He said he would work quickly and aggressively to end the conservatorship of Britney's father, James Spears.

The 39-year-old pop star took part in the hearing by phone. "My dad needs to be removed today,'' Spears said, adding that she would like to see him charged with abusing his position. 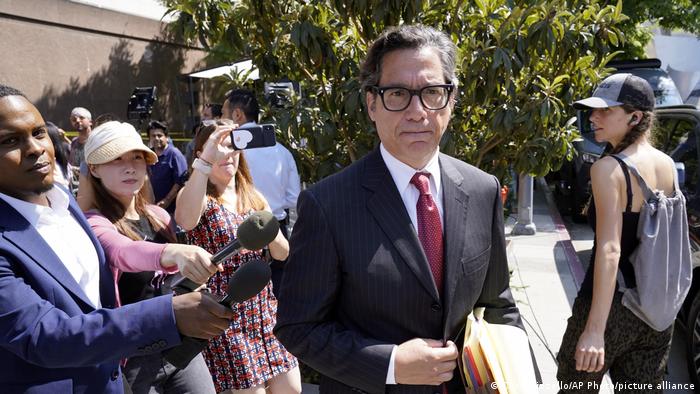 She rejected more "stupid'' psychological evaluations, however, saying she did not want to give people the opportunity "to question my intelligence for the millionth time.''

She described how her 68-year-old father has denied her everyday items such as cups of coffee, her driver's license and "hair vitamins."

"If this is not abuse, I don't know what is,'' Spears said, at times breaking into sobs. The singer said she was fearful of her father, and recalled that "I thought they were trying to kill me'' in the early years of the conservatorship as she was being overworked and constantly examined.

"I'm not a perfect person ... but their goal is to make me feel like I'm crazy," Spears told the judge.

James Spears' attorney, Vivan Thoreen, said in court that her client would not be stepping down as Rosengart demanded, adding that he has always had his daughter's best interests at heart.

Thoreen claimed that Britney Spears had a host of inaccurate beliefs, among them that "her father is responsible for all the bad things that have happened to her.'' 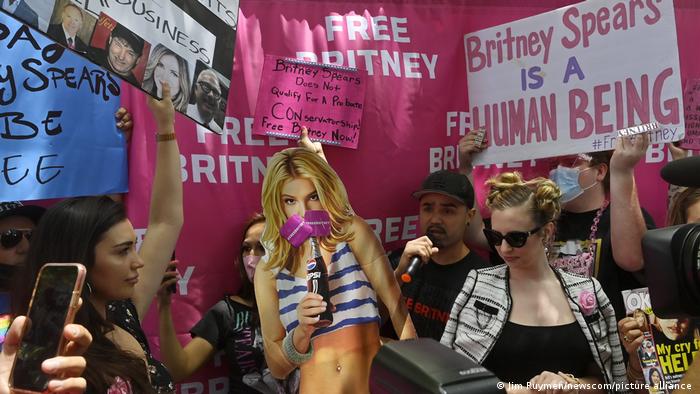 The #FreeBritney movement has gone viral in recent months

Britney had already made accusations against her family, guardians and attorneys in an emotional speech three weeks ago during another court hearing.

In a June hearing, Spears — who catapulted to global stardom with hit albums  "...Baby One More Time"(1999) and "Oops!...I Did It Again" (2000) — had called for an end to guardianship over her person and finances. She said she felt exploited and controlled by her family and by managers, and that she was not permitted to make decisions about her own life.

Following a mental breakdown, Britney Spears has been under court supervision since February 2008, with her family having sought the conservatorship for her protection, they said.

Initially, James Spears managed both the financial assets and private concerns of his pop star daughter. Since 2019, he has been in charge solely of finances. Spears' fortune is estimated at $60 million.

#FreeBritney gets a win

In court on Wednesday, attorney Rosengart called into question whether the conservatorship should ever have been put into place, adding that he and his legal team would be taking a close look at the details of the arrangement. "This is not working," he said outside the courthouse. "We know that.''

Many celebrities and fans have expressed their support for the singer on social media as part of the #FreeBritney movement. Meanwhile, hundreds of supporters have repeatedly taken to the streets in Los Angeles, Washington, London and other cities demanding freedom for Spears.

Supporters cheered the Wednesday decision to appoint Rosengart, with Spears thanking her "awesome" fans on Twitter and Instagram. With a new lawyer, things are now looking up, she said.

"I feel gratitude and blessed," the star wrote, saying she had celebrated the victory by riding horseback and doing cartwheels.

The singer has told a court she wants her "life back" and asked for an end to the "abusive" control of her money and affairs.

The Russian-German singer made it onto Forbes' top 10 of highest-paid women in music. While all the other stars on the list are international household names, "Schlager Queen" Helene Fischer is a very German phenomenon.