Oops! Britney Spears' 'Glory' can't decide what it is

Britney wants to play in the big leagues again. After three years' hiatus, she's back with "Glory." The one-time teen star wants to show she's still got it - most of all, herself. But the result is a bit chaotic. 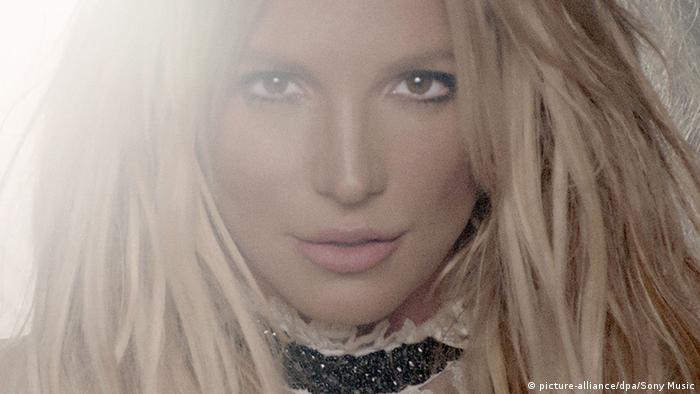 Everyone loves comeback stories. And who deserves a comeback story more than Britney Spears, the wonder girl from the 2000s, the Las Vegas regular and mother of two boys.

Launched to stardom at the tender age of 17, she's seen more than her fair share of scandals since then with drunken party pics, a shaven head, and her legendary kiss with Madonna. But, she's gotten back on her feet again and again.

Now 34, Britney Spears' biography could fill volumes, though she's apparently down for adding a chapter or two. For the past year and a half, she's been working with the crème de la crème of the music scene to produce her brand new album, "Glory," released Friday. 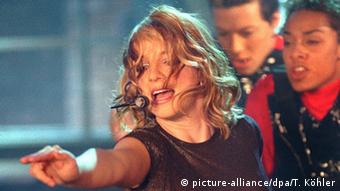 Britney landed her first hit, "Baby One More Time" in 1999 - and is pictured here singing it on German TV

The pre-release single "Make Me" has been especially hyped - and even perked up the ears of a few skeptics. It's a solid, slow, no-risk R&B number that's been painstakingly produced to be a hit.

Guest rapper G-Eazy, who features his beats on the single, calls it a genre-bending song that draws on a wide variety of influences.

A lot going on at once

The promotion machine for "Glory" has been running for weeks already. Here a single, there a single - and a few have even been conveniently leaked. So far, the album is only available for purchase on iTunes. Those who pre-ordered got two of the 17 songs ahead of the official release date.

From what's available to listen to so far, the album sounds like a lot of work - but also like too many ideas in one place. 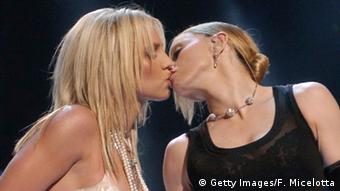 The Britney-Madonna kiss caused a scandal in 2003

"Do You Wanna Come Over" was pre-tagged by fans and record labels as a hit, but the electro pop song's more-than-suggestive lyrics don't leave room for open questions in the Tinder era. Musically speaking, however, it draws as many question marks as your aunt's knitting project when she's on LSD. The song crosses a bit of "Britney Bitch" with party beats, electro and a few dissonant chords.

In "Private Show," Britney resurrects her teenager voice and sounds - as she did back then - like a high-pitched Mickey Mouse. "Clumsy" opens like a dance number, but breaks into a fat house beat after 45 seconds while Britney throws in a mischievous "oops."

It's tough being a star

Britney Spears has really been through a lot. In the mid 2000s, every one of her mistakes was filmed, photographed and presented on a silver platter to the public. The one-time teen star with the most successful songs of the decade couldn't handle her quick rise to fame and her tumultuous relationships. She lost control of her life as the world watched.

Her separation from the father of her children was messy and her custody battle was turned into tabloid headlines. She lost the battle and at one point was forbidden from even seeing her children. Magazines were full of less-than-glamorous photos revealing her weight issues and party escapades. 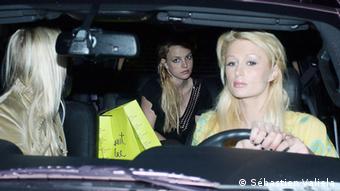 Paris Hilton partied with Britney for a few years

Britney responded by shaving her head, getting tattoos and finding herself again and again in addiction clinics, police stations and psychiatric wards.

At the MTV Music Video Awards in 2007, she wanted to prove to everyone that she could still perform. The only problem was, she couldn't. She drably traipsed through her program in an obviously too-tight costume and was clearly either drunk or high.

Just a year later, she returned to the MTV awards and claimed three prizes for her album "Blackout." She thanked everyone graciously as if she'd just recovered from a long illness.

From Paris' back seat to Taylor's

Slowly but surely, things started improving for Britney. Nevertheless, she remains leagues behind the big girls like Taylor Swift, Katy Perry and Rihanna. At least she could take her sexy femme fatale image with irony in "Scream & Shout" with Will.I.Am - which became one of her biggest hits. 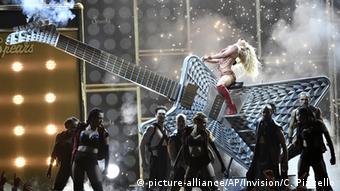 Her eighth album, "Britney Jean" made it to fourth in the US charts. In the meantime, she got a regular gig in Vegas. Her "Britney, Piece of Me" show sells out regularly.

Britney certainly doesn't need a new album to pay her bills. She allegedly earns $300,000 a night in Las Vegas. Her father, who has always had a say in her life, still manages her money.

With "Glory," it's clear that "Britney Bitch" wants to play in the big leagues again and believes in her own potential - whether or not the world needs another Britney album. But a more refined musical identity would bring her more than another number-one hit.

It's been a big week for ex-Beatle Paul McCartney. Not only has he signed a landmark contract with his former record label Capitol Records, he also had a date with US Democratic presidential candidate Hillary Clinton. (18.08.2016)

Album covers not only give a first impression, they become an icon of the music they accompany. Some famous covers were designed by established artists. Which legendary photographer signed this artwork for the Scorpions? (01.07.2016)

There's loud music, headbanging and crowds of screaming fans. Only the guitars are missing. At the annual Air Guitar World Championship in Finland, showmanship is more important than musicianship. (24.08.2016)