Bribery exposed between French politicians and Gulf States | Middle East | News and analysis of events in the Arab world | DW | 04.11.2016

A new book by a pair of French journalists has unraveled a web of corruption between Gulf Arab governments such as Qatar and French politicians. Has the French political system been subverted by oil money? 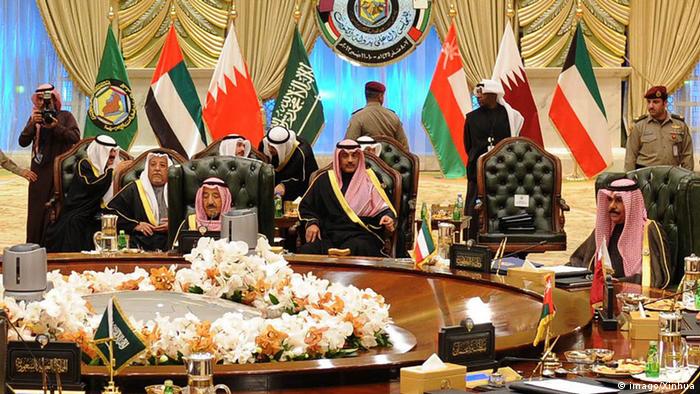 The book, written by French journalists Christian Chesnot and Georges Malbrunot and released to the public on October 24th, is titled "Nos très chers Émirs” or "Our very dear Emirs” – Emir is the Arabic word for prince. It provides a look into the close relationships enjoyed by French politicians and Arab Gulf regimes.

When asked by radio station French Inter if the relationship between the French government and these Gulf nations are dangerous, Christian Chesnot replies: "Yes and no. These complex relationships are maintained with immensely wealthy Arab figures who possess great influence.”

One of the revelations in the book is that Jean-Marie Le Guen, a doctor and member of the Socialist Party in the French Parliament, had received the equivalent of 10,000 euros (11,089 U.S. dollars) a month from Qatar. The money was for MP Le Guen to stifle criticism of Qatar within the French parliament. "I can block hostile questions towards Qatar or push them through, but I won't do it for free,” he's quoted as saying in the book.

On Twitter, MP Le Guen was very angry about the accusations.

"I'm stupefied and dismayed by the delirious allegations made by Chesnot and Malbrunot and published by Le Point magazine.” He later said on the platform that the book was engaged in "defamation” against him.

Rachida Dati, currently a French member of European parliament, used to be the mayor of the seventh Arrondisement or district in Paris. The book claims that she demanded 400,000 Euros from the Qatari embassy when she was mayor to set up a diplomatic association in this district. 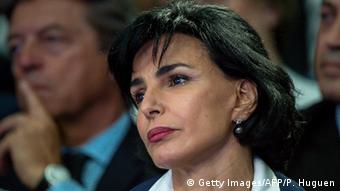 Rachida Dati, a French politician mentioned in the book

Nicholas Bays, a Socialist member of French Parliament from the Nord-Pas-de-Calais region and member of a France-Qatar friendship association, was accused of demanding plane tickets to Qatar and hotel nights in its capital, Doha. His requests were rejected by the Qatari ambassador.

The authors of "Our very dear Emirs” claim that the Qatari embassy in Paris functions as a "distribution center for 500 Euro bills” and as a "travel agency.”  They argue that French politicians can do favors for Qatar and receive lavish gifts from the Qatari Embassy in return.

Although the book focuses particularly on the State of Qatar and it's bribes to French politicians, France has also enjoyed a burgeoning arms trade with not only Qatar but also Saudi Arabia. France's ailing economy has been bolstered by weapons sales to these Arab states. The arms trades have brought in suspicion from human rights groups. 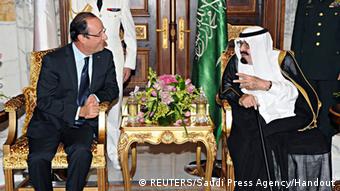 In March 2016, France went ahead with a $3 billion arms deal with Saudi Arabia (2.7 billion euros). Western countries are under increasing pressure to stop trading weapons with Saudi Arabia, which is currently engaged in a war against the Iranian-backed Houthi rebels in Yemen.

Saudi Arabian airstrikes in Yemen have been characterized as "indiscriminate” by NGOs, such as Doctors without Borders, and has targeted civilians – in contravention of international law.

One of the biggest scandals was "Qatargate,” a term to describe how former French President Nikolas Sarkozy and other officials used their influence to let Qatar host the 2022 FIFA World Cup soccer championships. The accusations towards Sarkozy were levied in the sports magazine "France Football.” 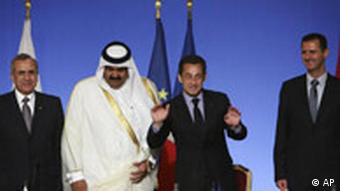 According to the magazine, Sarkozy met with the Qatari Emir, Tamin Bin Haman Al-Thani,  in Paris  on November 23, 2010 - ten days before Qatar was chosen to host the event.  Michel Platini, President of the European Football Association (UEFA) was also at the meeting.

In October 2015, former FIFA President Sepp Blatter claimed that Sarkozy's influence was a major factor in Qatar being awarded the World Cup.

Cycling's Road World Championships are being held in extreme heat, raising the question as to why Qatar was chosen to host this major sporting event. However, the country has a grand sporting plan in place. (11.10.2016)

FIFA has cleared its current president of any wrongdoing following an investigation into his dealings. FIFA President Gianni Infantino said he was "pleased" with the outcome of the probe. (05.08.2016)