London is once again ready for "intensive" Brexit talks, after EU's top negotiator called for a compromise. At the same time, EU Council head Charles Michel warned the UK: "You can't have your cake and eat it too." 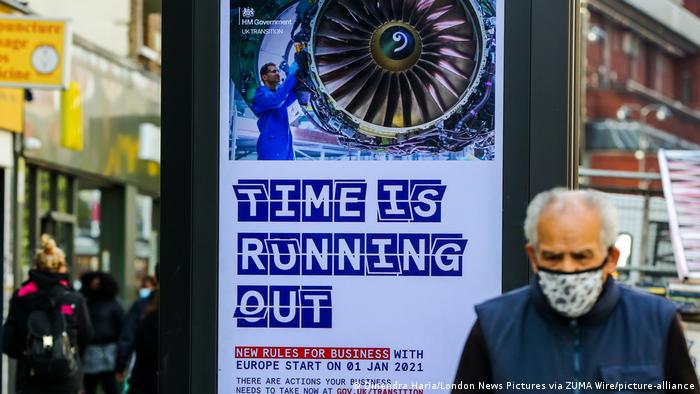 The move follows a statement from Frost's EU counterpart, Michael Barnier. Addressing EU lawmakers in Brussels, Barnier said that "despite the difficulties we've faced, an agreement is within reach if both sides are willing to work constructively, if they are willing to compromise."

In an apparent overture to London, Barnier said UK sovereignty was a "legitimate concern of Boris Johnson's government." The EU official also emphasized that the EU's negotiating principles were "fully compatible with the respect of British sovereignty."

His latest remarks echo the language used by UK Prime Minister Boris Johnson, who has accused Brussels of refusing to recognize the country's sovereignty.

Last week, Johnson warned the talks were over unless there was a "fundamental change in approach" from the EU side.

Following Barnier's address on Wednesday, the UK government said it had "studied [his remarks] carefully" and welcomed his position on UK's sovereignty.

"It is clear that significant gaps remain between our positions in the most difficult areas, but we are ready, with the EU, to see if it is possible to bridge them in intensive talks," UK officials said.

At the same time, they noted it was "entirely possible that negotiations will not succeed."

In contrast to Barnier's more conciliatory tone, the president of the European Council Charles Michel rebuffed the UK's demands for a fundamental change.

"The UK wants access to a single market while at the same time being able to diverge from our standards and regulations when it suits them," he told the European Parliament.

"You can't have your cake and eat it too."

Any trade deal between the UK and the EU would need to go through lengthy vetting and legislative procedures in order to be ready on January 1 next year. In practical terms, both sides have only weeks left to work through obstacles and reach a joint solution. Under the transition deal, the UK had the possibility to ask for a one-year extension before the end of June this year, but London rejected the option.

This article has been amended to show it was European Council chief Charles Michel who said "You can't have your cake and eat it too" when discussing the UK's stance. A previous version of this story wrongly attributed this quote to EU negotiator Michel Barnier. DW apologizes for the error.