Organizers claimed a million people from all over the UK came to London for a rally calling for a second referendum on Brexit. It took place as the third parliamentary vote on Brexit appears uncertain next week. 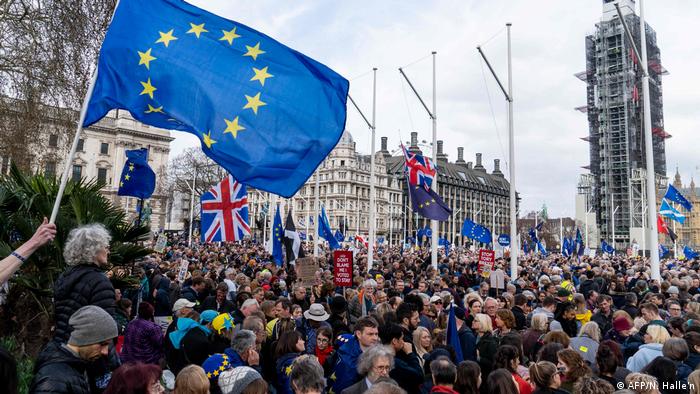 Saturday's second rally calling for a Public Vote on Brexit drew even more people than the 700,000-strong crowd who participated in October's march. Organizers claimed a million people had turned up.

The biggest rally held this century in London, against the war in Iraq, also drew 1 million participants. Saturday's march began at 1200 UTC or "high noon" on London’s Park Lane and headed towards Parliament Square.

Placards called on the Government to "Revoke Article 50" and "We're marching to demand a People's vote" as well as "We love EU."

Mayor of London Sadiq Khan from the opposition Labour party said he was marching "with people from every corner of our country, to demand that the British people get the final say."

Green party MP Caroline Lucas compared the turnout with the march of a few dozen supporters walking from the north of England in support of UKIP founder Nigel Farage.

An online petition on the parliamentary websitecalling for Article 50 to be revoked had over 4.4 million signatures by Saturday, despite several crashes on the site.

Former Conservative MP Anna Soubry left her party in February to join the Independent Group and said she had received a death threat over her Brexit position. She too participated in Saturday's march. "We are marching for our country — for the future of our children and grandchildren," she wrote on Twitter.

Conservative MP and former attorney general Dominic Grieve had criticized British Prime Minister Theresa May last week for blaming the House of Commons for the crisis around Brexit, while refusing to accept any responsibility herself. The pro-EU politician told MPs: "I have never felt more ashamed to be a member of the Conservative Party or to be asked to lend her support."

No third vote on Brexit deal?

The prime minister is spending her weekend at the Chequers country estate.

She has suggested she may not bring her Brexit withdrawal deal back to the House of Commons next week if there is insufficient support for it to pass on a third attempt. 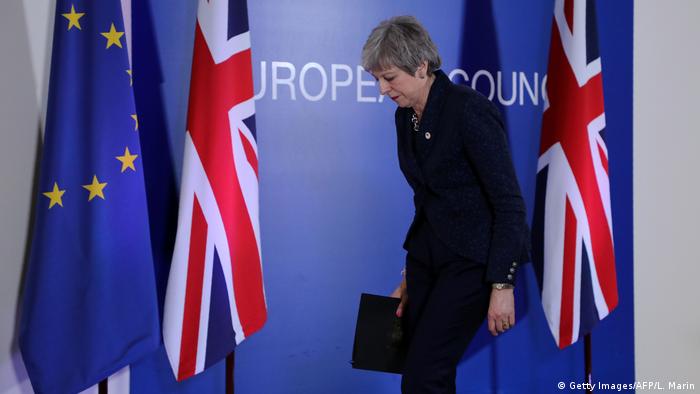 May wrote to all MPs on Friday offering to talk to them in the coming days "as parliament prepares to take momentous decisions."

She said there were four clear choices ahead for lawmakers:

May has said another, popular vote would cause "catastrophic harm."

The referendum result in 2016 was 52 percent in favor of Brexit and 48 percent against.