A looming Brexit makes Britain ineligible to host the EU's year-long cultural title, the EU has confirmed, describing it as a matter of "common sense." Some British cities had already launched selection campaigns. 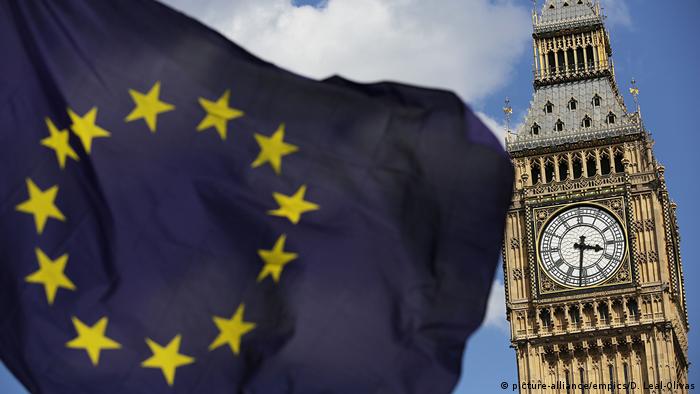 The European Commission confirmed on Thursday in Brussels that Britain was no longer eligible to host the European Capital of Culture in 2023 as initially planned in 2014. The announcement is the latest fallout of Brexit and the UK's scheduled departure from the European Union in March 2019.

"As one of the many concrete consequences of its decision to leave the European Union by 29 March 2019, the UK cannot host the European Capital of Culture in 2023," a spokesperson for the commission, the EU's executive branch, said at a press conference.

"Given that the UK will have left the EU by 29 March 2019 … we believe it makes common sense to discontinue the selection process now," the spokesperson added.

The statement confirmed the story broken by news site Politico early Thursday morning. The portal had gained access to a letter from Martine Reicherts, the director-general of the Commission's department for culture, which had been sent to the UK's own culture department in London the day before.

While certain non-EU nations are eligible to host the year-long series of cultural events, the letter pointed out that, "this Action is not open to third countries, except for candidate countries and EFTA/EEA countries under strict conditions," using the abbreviations for the European Free Trade Association and the European Economic Area respectively.

Great Britain has said it will not remain a member of the European common market after it leaves the EU bloc.

Cities in Turkey and Serbia have been Capitals of Culture because they have begun the accession process, while Norway is part of the EEA.

Call off the campaigns

British media had reported that six cities had put themselves into the national running to be selected as the UK's choice for 2023:  Dundee, Nottingham, Leeds, Milton Keynes and Belfast and Derry. Some cities had already started promotional campaignssupporting their run to be put forth by the UK as the 2023 city.

However, the website of the UK culture department warned that, "bidding cities should be aware that the ECOC title may be subject to the outcome of exit negotiations which could have a bearing on the UK's participation," pointed the European Commission.

British cities Liverpool and Glasgow had previously hosted the year-long cultural title in 2008 and 1990 respectively.

Since 1985, the EU has designated one or multiple cities as a European Capital of Culture. The selected cities host a variety of cultural events and attractions with a European focus, drawing international tourism, media attention and development. Hungary is the other nation tapped by the EU for 2023.

The European Capitals of Culture in 2017 are Paphos, Cyrus and Aarhus, Denmark.