Reports suggest the UK government has made a significantly improved offer to the EU on the terms of its Brexit financial settlement. There’s talk of "sufficient progress" before a December 4 meeting but doubts remain. 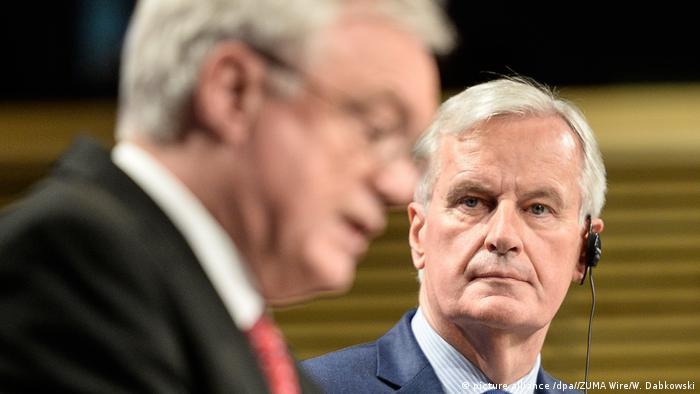 The EU and the UK are close to agreement on the final Brexit 'divorce bill' — the share of EU liabilities the UK will pay upon leaving the bloc — according to several reports in the British media reported late on Tuesday.

The BBC, the Financial Times, the Guardian and several other British newspapers and media outlets are reporting that following a UK government cabinet meeting last week, the British significantly upped their offer to Brussels, coming much closer than they previously had to the EU's estimate of the UK's financial obligations.

According to several EU diplomats and officials, intense negotiations have led to the UK broadly agreeing to the terms of a financial settlement that could see the country paying a net amount of at least €50 billion ($59 billion) over a period of several years after it leaves the EU in March 2019.

When asked on Wednesday about the reports, the EU's chief negotiator on Brexit Michel Barnier said: "We are working really, really hard on these subjects. I hope that I can report that we have been able to negotiate a deal."

While nothing official has been announced, the reports suggest the two sides are close enough on the issue for the EU to deem "sufficient progress" has been made on it when a crucial meeting takes place between British prime minister Theresa May and European Commission president Jean-Claude Juncker on Monday, December 4. 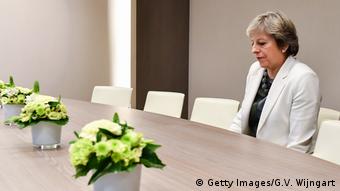 "I think we can reach sufficient progress, but again we haven't seen anything on paper yet, so I am always extremely cautious," said one EU official involved in the talks.

The so-called 'divorce bill' relates to a series of liabilities the UK has in relation to its 44-year membership of the EU.

Membership of the bloc means member states are committed to paying a share of various EU liabilities — thought to be around €745 billion — that relate to various costs ranging from the EU budget to pensions and loan repayments.

Both the EU and the UK government have declined to comment in any significant detail so far. However, the reports have raised hopes that the UK is edging closer to moving onto the next stage of talks, which will deal with trade and the UK's future relationship with the EU.

Theresa May is expected to formally present the change in the British position to the EU next week, although both sides say no final exit settlement figure will be agreed on at this stage.

The UK has been pushing for a calculation model which avoids one lump-sum figure, and which instead recalculates the level of liabilities on a year by year basis into the future.

The news comes at a particularly crucial and sensitive moment in the entire Brexit process. When May and Juncker meet in five days' time, all three of the big issues will be on the table, namely: the 'divorce bill', EU citizens' rights and the border between Ireland and Northern Ireland.

If the EU's chief negotiator Michel Barnier deems sufficient progress to have been made on all three issues, the green light may be given to progress the Brexit talks into the next stage, with the final decision on that to be made at a European council meeting of the bloc's leaders on December 14 and 15.

While progress has been made on the issue of citizens rights', and with the latest reports suggesting the EU may well be sufficiently satisfied with the "divorce bill" issue for now, that leaves the border issue as the primary stumbling block.

With the Irish government very unhappy with the manner in which the British government has approached the border issue to date, there remains the possibility that it may use its veto to stop Barnier deeming "sufficient progress" has been made on it, further stalling the negotiations.

As with the specific details on precisely what the UK will offer in terms of a financial settlement, the border issue and everything else ought to become at least a little clearer when May meets Juncker on Monday.