The UK would have to honor its financial commitments to the EU until "at least 2020," despite Brexit, the EU's budget chief told the German newspaper Bild. The EU is mulling reforms to compensate for Britain's absence. 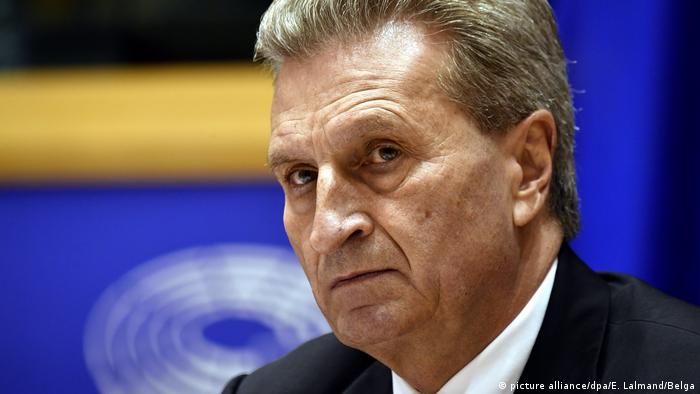 The UK has pledged funds to EU's long-term programs and those obligations would continue even after the country's scheduled departure from the bloc in 2019, EU Budget Commissioner Günther Oettinger told the Monday edition of the German daily Bild.

"As a result, London will have to transfer funds to Brussels at least until 2020," he said.

Oettinger's comments follow a UK media report that London is ready to pay up to 40 billion euros ($47.1 billion) in a way of an exit fee. The EU has previously signaled it was expecting at least 60 billion euros, although French economy minister Bruno Le Maire claimed the UK owed 100 billion euros for its divorce bill. 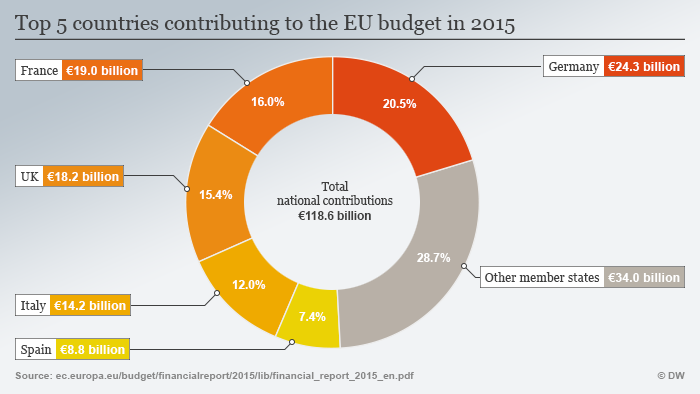 "The prime minister made clear in the letter triggering Article 50 that the UK and the EU need to discuss a fair settlement of both our rights and obligations as an EU member state," the spokesman said.

Brussels is also reportedly prepared to take Britain to court if it does not agree on the price.

Goodbye to 'mother of all discounts'

The EU has an annual budget of some 155 billion euro. With the UK set to leave, the bloc would face an annual budget gap of some 10 to 12 billion euros, according to Oettinger. Brussel's officials are considering "a mix" of measures to plug the gap, including budget cuts and higher payments from membership from the remaining 27 members. Germany alone could be required to pay several billions more, the EU commissioner said.

Another measure to offset the financial loss, according to Oettinger, would be to eliminate "discounts" that various states have on their payments to the EU budget. The most significant of those is the so-called UK rebate, a complex financial process established in 1985, which returns several billions back from the EU to Britain's budget every year.

Read more: The EU budget - who pays what?

"If this 'mother of all discounts' is to be abolished through Brexit, all the other membership rebates should also be eliminated," Oettinger told Bild. "That would result in a significant administrative simplification and it would end the horse-trading that has accompanied budget negotiations up to now."

The next round of talks between the EU and the UK is set to start on August 28 in Brussels.