London will agree to pay up to 40 billion euros to quit the EU, not a cent more, according to a report. It's much less than the EU wants. 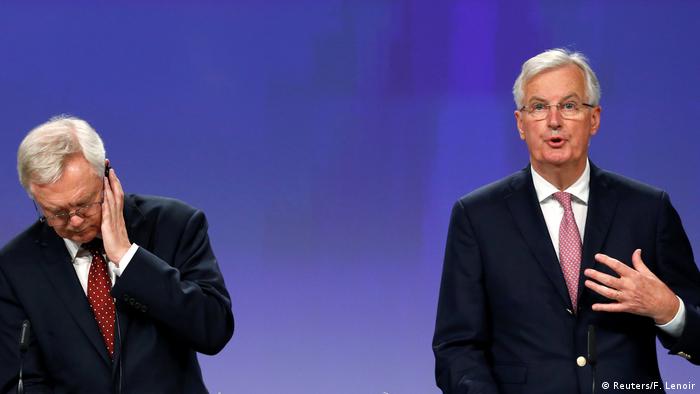 British officials are likely to offer to pay 10 billion euros (9.23 billion pounds and $11.7 billion) per year for three years after leaving the EU in March 2019 and finalize the total amount during detailed subsequent trade talks, with the total over the period not exceeding 40 billion euros, the Sunday Telegraph reported.

A source at Downing Street later on Sunday reportedly denied the report as "inaccurate speculation," according to the Guardian newspaper.

The EU has talked of a figure of 60 billion euros, while French economy minister Bruno Le Maire said in July that the UK owes the EU 100 billion euros, including commitments to EU programs, such as cohesion funds for new infrastructure in Eastern Europe and refugee programs in Turkey and Libya.

London argues that as a net contributor over four decades it has a right to tens of billions of pounds of EU assets but has not yet given an official indication of how much it would be willing to pay.

The EU, meanwhile, wants agreement by October on the rights of EU citizens in Britain and border controls between the Irish Republic and Northern Ireland before trade and other issues are discussed.

Brussels is also reportedly prepared to take Britain to court if it does not agree on the Brexit divorce bill, something that some extreme Brexiteers in the ruling Conservative Party have threatened.

Foreign minister, Boris Johnson, for example, said in July that the EU could "go whistle" if it made "extortionate" demands for payment.

In March the Dutch magazine De Volkskrant reported that EU negotiators have drawn up plans to take Britain to the International Court in The Hague.

Brussels in May increased its initial 60 billion euro settlement by a further 40 billion euros after including post-Brexit farm payments and admin fees following stricter demands by France and Germany, according to the Financial Times.

Michel Barnier, the EU's chief negotiator, said then that no firm figure will be set until the end of the Brexit process and that payments could be staggered.

David Davis, the British minister in charge of Brexit talks, said on July 20 that the UK would honor its obligations to the EU, although the House of Lords EU Financial Affairs committee said earlier the UK would not be legally obliged to pay the EU's demanded divorce bill if no deal was worked out by the end of the two-year negotiating window.

Questions concern - inter alia - how to calculate the pension costs of the 55,000 UK civil servants in the EU and valuing EU assets (buildings, cars, wine stocks in EU-restaurants) that Britain has contributed, as well as the EU's budgetary commitments that Britain has committed itself to.

If Britain cannot conclude an exit deal, trade relations would be governed by World Trade Organization rules, which would allow both parties to impose tariffs and customs checks and leave many other issues unsettled.

De Volkskrant reported that the EU will only give access to the Single Market if the UK accepts the four freedoms: of movement, capital, goods and services.

The pound has fallen again against the dollar and euro as a triple whammy of weak industrial production and trade data and a softening construction market hit already fragile market sentiment. And then there is Brexit. (07.07.2017)

Contrary to claims by the UK's Brexit negotiator, two key industry leaders in Germany have said the priority is to protect the EU's single market. They played down any help in securing a good Brexit deal. (09.07.2017)

Brussels' chief Brexit negotiator has said there is still a deep gulf on how EU citizens' rights in the UK should be guaranteed. His opposite number David Davis has stressed the need for mutual flexibility. (20.07.2017)