Breakthrough in US-India civil nuclear deal ′more symbolism than reality′ | Asia | An in-depth look at news from across the continent | DW | 28.01.2015

The US and India announced a "breakthrough" in resolving a liability spat that has stalled the implementation of a civil nuclear deal. But Mycle Schneider tells DW this is more about geopolitics than industrial reality. 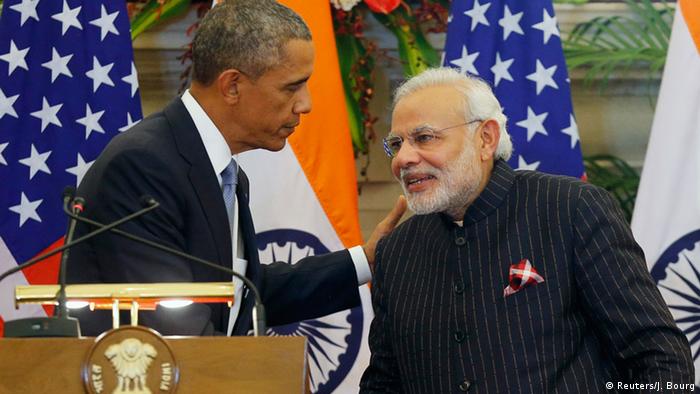 One of the key agreements made during US President Barack Obama's recent three-day visit to India involved civil nuclear cooperation. Although a civil nuclear deal between the world's two largest democracies had been ratified in 2008, there had been issues with its implementation as India's nuclear laws created liabilities for suppliers in the event of an accident, thus becoming a barrier to international nuclear energy firms undertaking projects in India. Moreover, New Delhi was reluctant to allow US tracking of fissile material.

Nonetheless, on January 25, Obama and Indian PM Narendra Modi announced a break of the nuclear deal deadlock. "I am pleased that six years after we signed our bilateral agreement, we are moving towards commercial cooperation, consistent with our laws [and] international legal obligations," Modi said. Obama, in turn, spoke of a "breakthrough understanding on two issues that were holding up our ability to advance our civil nuclear cooperation," adding that the two countries were "committed to moving towards full implementation."

However, Mycle Schneider, an independent international consultant on energy and nuclear policy, says in a DW interview that there is no real market for foreign nuclear companies in India, unless they bring their own funding, adding that the recent announcement is more about presenting both countries as equal partners than it is about the vision of a future blooming Indian nuclear export industry. 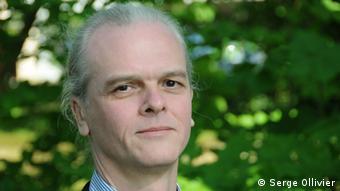 Schneider: 'This is a typical example of announcement politics'

DW: What exactly does the new nuclear deal entail?

Mycle Schneider: Very little has so far been published about it. First of all, it is unclear whether there is even a "new nuclear deal." Usually, when heads of state meet, the occasion is used to sign agreements. However, on this issue, the US-India joint statement only says President Obama and Prime Minister Modi welcomed the "understandings reached" on the issues of civil nuclear liability and "administrative arrangements for civil nuclear cooperation."

Apparently, no specific document was signed. The Indian government reportedly announced its plan to set up a 122 million USD insurance fund to cover operators and suppliers from liabilities in case of an accident. Senior US nuclear industry officials stated they need to understand the "fine print" of the insurance. Equipment suppliers are keeping the champagne on ice, as one Indian business journal commented.

Why had civil nuclear cooperation been a contentious issue for so long?

In 2010, India passed legislation that while shielding foreign nuclear suppliers from compensation claims of direct victims in case of an accident, it allows the Nuclear Power Corporation of India to sue suppliers for compensation and recover payments. That is the reason why the international nuclear industry has been lobbying politicians in various countries, but especially in the US, to put pressure on the Indian government to create a legal framework lifting all potential exposure to compensation claims. That hardly seems done with the promise of an insurance pool in the 100 million USD range.

Severe nuclear accidents like Chernobyl or Fukushima entail damage in the range of several hundred billion dollars. The perspective for a nuclear supplier to face compensation claims that go beyond standard international practice and expose the company not only to potential lengthy legal procedures but to bankruptcy is a no-go. A major accident can ruin an operator even under high liability protection as illustrated in the case of TEPCO and Fukushima.

Why has India been reluctant to allow US tracking of fissile material?

Indian Prime Minister Narendra Modi has brokered a deal with US President Barack Obama to move towards a commercial nuclear power agreement. Both countries came to an agreement in 2008 that stalled due to legalities. (25.01.2015)

Barack Obama is set to become the first US president to be chief guest at India's Republic Day Parade, a sign of expanding ties between the world's two largest democracies despite a host of thorny issues. DW examines. (22.01.2015)

The media hype around Indian PM Modi is usually immense, as was apparent during US President Obama's India visit. But communications expert Shakuntala Banaji says it camouflages the South Asian country's real issues. (28.01.2015)

Indian Premier Narendra Modi and US President Barack Obama have reached a series of groundbreaking agreements likely to reshape relations between New Delhi and Washington in the years to come, writes DW's Grahame Lucas. (26.01.2015)

India carried out a nuclear weapons test in 1974 using nuclear facilities and technology that were supplied by the US and Canada under provisions of peaceful nuclear cooperation. This effectively cut off North-American nuclear assistance for decades and significantly hampered the development of the Indian nuclear sector.

The French nuclear diplomacy was always more "tolerant" and its state-controlled companies continued supply of technical assistance, notably in plutonium and fast breeder technology, but also of nuclear fuel.

The French were also the first to sign a new nuclear cooperation agreement in September 2008, less than a month after the so-called Nuclear Suppliers Group of 45 nations had India granted an exception from their own rules, and even before US Congress had paved the way for a new deal.

Unlike all other aspirants for nuclear technology aid, India is not required anymore to put its entire fuel chain, facilities and materials, under comprehensive international control or so-called Full-Scope Safeguards. India has merely promised to separate its nuclear weapons related activities from the power sector.

US tracking of its fissile material under peaceful end-use obligations is not really the issue as this is in no way interfering with reactor sales and since imported nuclear materials are under safeguards by the International Atomic Energy Agency anyway.

India law created liabilities for suppliers in the event of a nuclear accident. Are they not liable anymore?

The 2010 Civil Liability for Nuclear Damage Act has been voted by both houses of the Indian parliament. It remains in place as long as it has not been invalidated by a new vote. In that respect, absolutely nothing has changed from the situation prior to President Obama's visit to India.

Considering the fact that the Act has not only been attacked by the nuclear industry side, but also from civil society representatives because it caps the liability of the nuclear operators to a ridiculously small sum of 240 million USD, reopening the parliamentary debate over this fragile compromise seems unlikely at this point. It also seems unlikely that the establishment of an insurance fund would fundamentally change the liability situation of nuclear suppliers.

What do India and the US expect to gain from this civil nuclear deal?

This is a typical example of announcement politics. Both governments are presenting the outcome of the US-India summit as a great success. But it is more an issue of symbolism and geopolitics than of industrial reality. The promise to continue to work together towards India's "phased entry" into the Nuclear Suppliers Group as into three other international control regimes is more about presenting both countries as equal partners than it is about the vision of a future blooming Indian nuclear export industry. 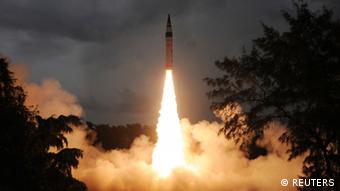 Schneider: 'India has merely promised to separate its nuclear weapons related activities from the power sector'

Do you expect the Indian market to now become more appealing for US nuclear companies?

In reality, there is no real market for foreign nuclear companies in India, unless they bring their own funding. Under free market conditions it is not possible anymore to build a nuclear power plant anywhere in the world.

So if new reactors are built in India or elsewhere, the projects are highly subsidized, either by the government—the taxpayer—or the ratepayer. The Indian nuclear industry has painted a rosy picture of the nuclear future for decades and has delivered very little in comparison.

It is actually amazing to what extent overstretched projections of "hundreds of billions investment" are still being held up. Disconnected from reality, they are an effect of what Princeton University researcher M.V. Ramana has appropriately described as "The Power of Promise."

India is already generating more power from wind turbines alone than from nuclear power and has announced a solar target of 100 gigawatt by 2022. So it is perfectly coherent that the joint US-India declaration contains one paragraph on nuclear cooperation and eight on clean energy.

Mycle Schneider is an independent international energy and nuclear policy consultant, based in Paris. He is the convening lead author of the annual World Nuclear Industry Status Report and a member of the Princeton University-based International Panel on Fissile Materials (IPFM). Schneider is a founding member and the spokesperson of the International Energy Advisory Council (IEAC).