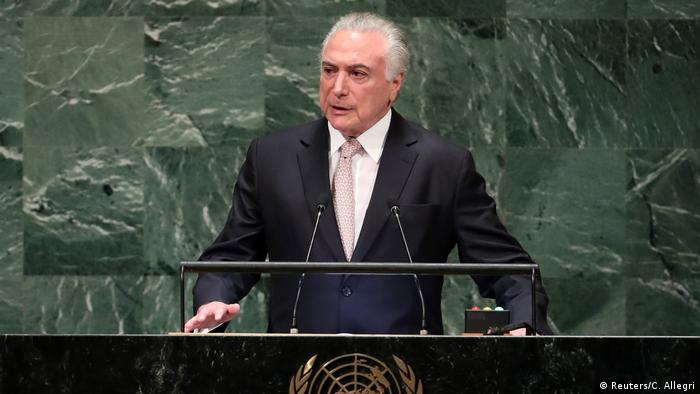 Prosecutors say Brazil's ex-President Michel Temer was arrested on corruption charges on Thursday as part of the country's sprawling Operation Lava Jato (Car Wash) investigation. Temer is accused of being the head of a "criminal organization" involved in money laundering and embezzlement.

The former president is also accused of having taken bribes, including one related to the construction of a nuclear power plant in Angra dos Reis in southern Rio de Janeiro state.

The details so far:

Operation Car Wash has been sweeping in scope. The corruption investigation, which began in May 2014, has ensnared many Brazilian politicians as well as a number of big companies, like construction giant Odebrecht and in particular Brazil's partially state-owned oil company Petrobras.

Michel Temer assumed the presidency in August 2016 after his predecessor, Dilma Rousseff, was impeached. Temer was accused of having played an instrumental role in ousting Rousseff, for whom he served as vice president in an uneasy coalition. Temer, who was extremely unpopular among Brazilians, was succeeded in 2019 by Brazil's current president, far-right populist Jair Bolsonaro.

The 78-year-old Temer, a member of the center-right Party of the Brazilian Democratic Movement (PMDB), was known as a business-friendly politician. Like his party, he was non-ideological, preferring to be a kingmaker rather than a king throughout most of his career. He was Brazil's oldest serving president.