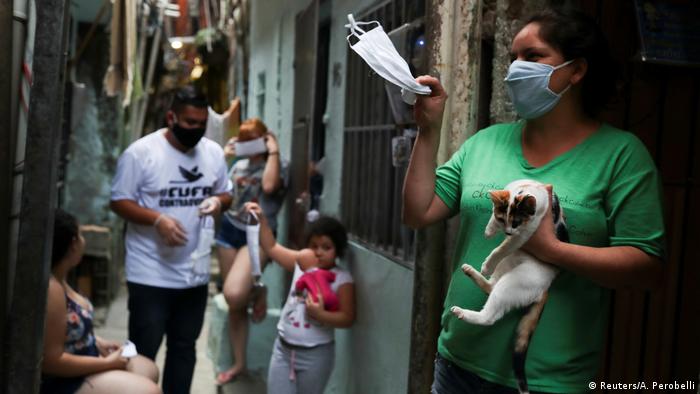 When the novel coronavirus began spreading in Brazil, it was predominantly wealthy people who were affected. A Sao Paulo businessman who had recently returned from a trip to northern Italy was the country's first official case of COVID-19. Since then, the virus has spread rapidly across Latin American's most populous nation, infecting some 1.4 million people and killing more than 60,000. Brazil's poor, many of whom live in informal settlements, or favelas, are now feeling the brunt, too.

So far, the 13 million people who inhabit the favelas have been spared any major outbreaks. Yet there are fears this could change. These densely populated settlements often lack proper sanitation systems and most residents are not able to self-isolate at home. For many, going to work to earn a living is of existential importance. "If you don't leave your home to work during the day, you won't be eating that night," says Michele Silva, who lives in Rio de Janeiro's Rocinha favela, one of Brazil's largest. She co-founded the Fala Roca citizens' newspaper.

Silva says that despite the economic necessity to work, many favela residents tried to practice social distancing in the first weeks of the pandemic. "But then President [Jair] Bolsonaro began downplaying the coronavirus as nothing but 'a little flu' — that really didn't help," says Silva.

Another reason why favela residents initially stuck to social distancing guidelines was that local drug gangs imposed curfews in some settlements, including in Rocinha. There, the dominant crime group reportedly told residents they would get a bullet to the head if they broke curfew. 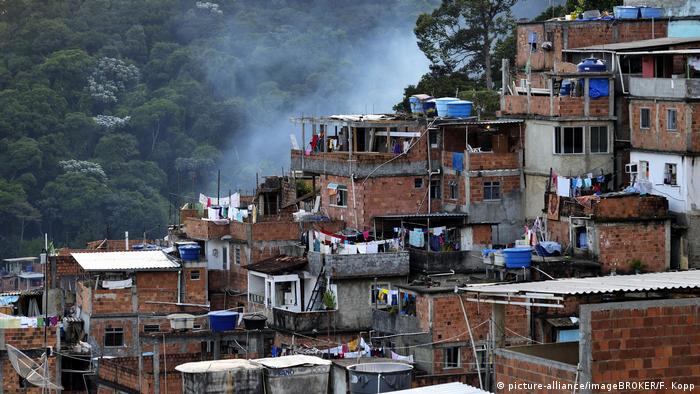 A female resident of a different Rio favela, who wishes to remain anonymous, says gang members prohibited them from leaving their homes between 8:00 p.m. and 8:00 a.m. "They also banned gatherings and made masks compulsory," she says. The restrictions were in place for about a month, she added, after which the gangs stopped imposing order.

Most favelas grew out of informal settlements established by former slaves. The Brazilian state has little to no presence here. In its place, drug gangs have seized control. But since the year 2000, militias comprising active and retired police officers, firemen and other state officials have emerged as well.

Michele Silva is reluctant to discuss the role of organized crime in tackling the pandemic. And so is Gilson Rodrigues, a community leader in Paraisopolis. The 36-year-old is the de-facto mayor of the 100,000-resident favela in Sao Paulo. Rodrigues is keen to stress that locals have taken matters into their own hands to contain the virus outbreak. "Lawmakers are not helping us, leaving us to fend for ourselves." As a result, he and his fellow community members drew up a map and picked local "presidents" for each street. These individuals are tasked with monitoring the local health situation and calling an ambulance, if needed. 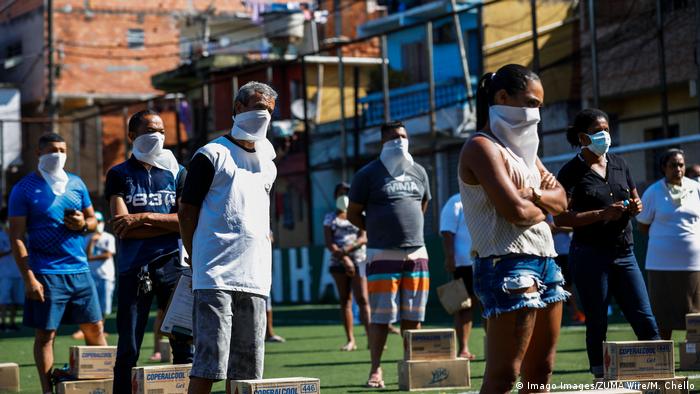 Lacking support from the state, favela residents have organized their own response to COVID-19

"Normal emergency services don't come to Paraisopolis and other favelas, so we hired three ambulances and doctors," says Rodrigues. They paid for the initiative though a crowdfunding campaign and by collecting donations. He says they received "zero" support from the municipal government.

Paraisopolis residents have begun producing their own masks, too, and distributing hygiene kits and groceries. Two schools have been transformed into interim sick wards to isolate those who've tested positive, and those suspected of having contracted the virus. So far, 300 residents have been isolated there for two-week periods.

Similar citizens' initiatives were launched in Rio's Rocinha favela, says Michele Silva, as well as a campaign to inform locals about the dangers of COVID-19 by disseminating information via loudspeakers, WhatsApp and posters. Silva says the Fala Roca newspaper also makes an effort to cover the virus and keep track of infection figures. 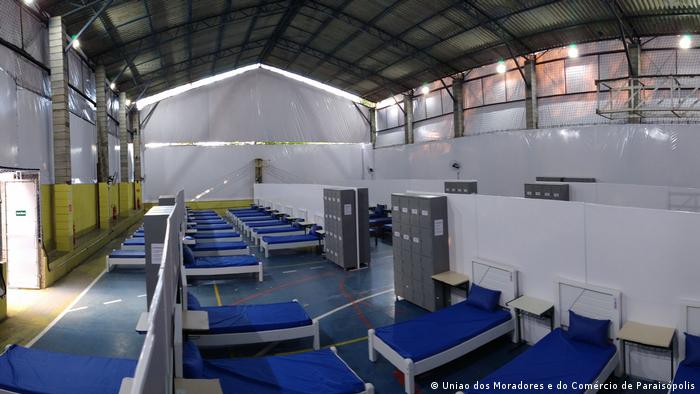 In Paraisopolis, residents have turned school gyms into isolation wards

The role of organized crime

Little is known about what role favela gangs have played in combating the pandemic, aside from imposing curfews. But Rafael Soares Goncalves, who has extensively studied Brazil's fevelas at the Pontifical Catholic University of Rio de Janeiro, says nothing happens inside the settlements without the organized crime groups knowing about or approving of it.

In early April, news broke that then-Health Miniuster Luiz Henrique Mandetta had suggested Brazilian authorities engage in dialogue with the gangs to coordinate measures against the outbreak. Mandetta was fired soon after, however, and nothing ever came of his idea.

Deprived of state support, most favela residents have learned to become self-reliant. But despite of the serious situation, they have not been spared from police brutality. According to the Public Security Institute, or ISP, in April and May over 300 people were killed in Rio de Janeiro state in the context of "police interventions." One of them was 14-year-old Joao Pedro Mattos Pinto, who died in his home after being shot dozens of times. His death sparked a nationwide outcry. 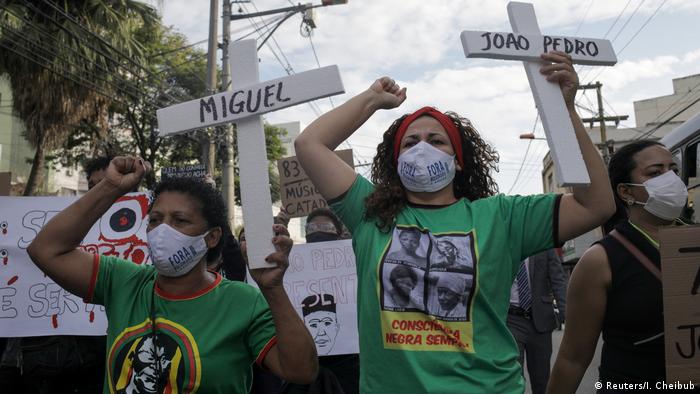 In early June, the country's top court banned police favelas raids due to the pandemic. Favela expert Soares Goncalves says people could not understand why the "police are acting with such brutality during a time when many residents are at home and citizens' associations are out on the streets." In his view, "any society that tolerates such [police] behavior is sick."

Read more: Racism in Brazil: The death of a 5-year-old reveals societal cleavages

Is the worst yet to come?

While police raids have been temporarily banned, the coronavirus itself still poses a serious danger. Gilson Rodrigues believes the reason a major calamity has not yet occurred is "because civil society has been so well organized."

Michele Silva, too, fears the worst may yet be to come, especially now that restrictions are being relaxed across the country, although infection rates continue to rise. "I am scared that this crisis will deepen and we will lose control," says Silva.