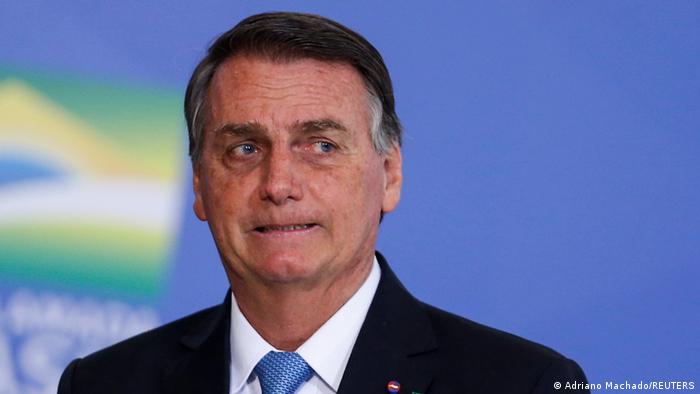 Brazilian President Jair Bolsonaro on Friday sent the Senate a request to impeach one of the Supreme Court justices, a move likely to escalate his feud with the judiciary.

The president is seeking the impeachment of Justice Alexandre de Moraes who has begun two investigations into Bolsonaro.

The investigations were triggered by Bolsonaro's repeated attacks on the integrity of the nation's electronic voting system.

What is Bolsonaro saying?

The 18-page impeachment request alleges that Moraes has launched the probes with partisan and anti-democratic bias without the involvement of state prosecutors.

It accused Moraes of acting as both investigator and judge while also censoring free speech.

In addition to seeking to impeach Moraes, Bolsonaro has publicly lashed out against another top judge, Luis Roberto Barroso, who is also the head of the federal election court. Barroso has repeatedly dismissed Bolsonaro's claims about the voting system, leading the president to call the Supreme Court judge a "son of a whore."

In a social media post last week, Bolsonaro announced that he would request the Senate to invoke Article 52 of Brazil's constitution, which says judges may be tried for crimes and eventually removed from their positions.

"For a long time now, Justices Alexandre de Moraes and Luis Roberto Barroso, of the Federal Supreme Court, have gone beyond constitutional limits with acts," he tweeted.

Rodrigo Pacheco, the president of the Senate, confirmed that he had received the request but added that he does not see political or technical grounds to impeach Moraes.

The Senate is the only body that can put a Supreme Court justice on trial.

Brazil’s south in the grip of a cold snap

The far-right leader allegedly leaked a secret report by federal police pertaining to a hacking. He then used this to back his claim that Brazil's voting system was vulnerable to fraud, according to investigators.

Moraes is also investigating Bolsonaro over his comments about the voting system on social media, which could be seen as making threats to democracy.

Critics of the president say that by sowing doubts about the voting system, he may be laying the groundwork to dismiss next year's presidential election results.

Former leftist president Luiz Inacio Lula da Silva is expected to challenge Bolsonaro for the presidency, and polls suggest that Lula would win in a runoff.