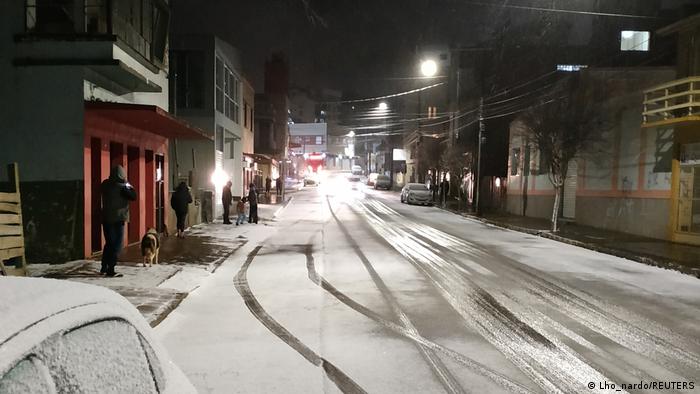 Freezing temperatures hit areas of Brazil, like the southern state of Rio Grande do Sul

Brazilians braced themselves for the coldest day of the year on Friday after some locals in southern regions saw snow for the first time.

Over 40 cities in the southern state of Rio Grande do Sul reported ice, with 33 even getting snow on Thursday, up to a meter high in some places, according to weather specialists Somar Meteorologia.

While it gave some people the possibility of making their first snowmen, fears have grown that essential export crops like coffee, sugar cane and oranges could be damaged by frost.

What caused these freezing temperatures?

Polar air pushed through to the southern region of Rio Grande do Sul on Thursday and Friday, bringing subzero temperatures to higher altitude towns and cities.

The strange phenomenon in Brazil is happening all the more often in certain meteorological conditions and especially in areas that are between 900 and 1,900 meters (2,900 and 6,200 feet) above sea level, experts warned.

'Extreme events will increase in future'

Roads lined with freshly fallen snow might be a common sight in temperate regions, but for some in Rio Grande do Sul it was their first time coming into close contact with snow.

"I am 62 years old and had never seen the snow," trucker Iodor Goncalves Marques of Cambara do Sul told the countryꞌs TV Globo channel.

"To see nature's beauty is something indescribable," he added.

Why could the atypical cold spell disaster?

The snow arrived in Brazil with less pleasant 80 kilometers per hour (49 miles per hour) winds in Goias and Mato Grosso do Sul, a rare occurrence in these areas.

These Brazilian states are known for their major sugar, citrus and coffee farms, and experts are concerned about the possibility of frost spoiling valuable crops. 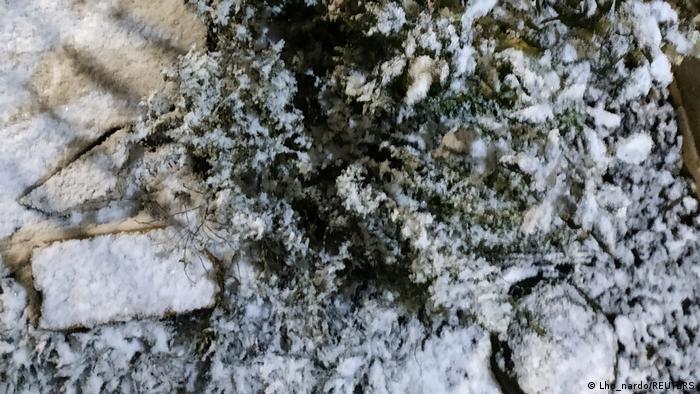 For now though, Brazilians were just excited about the idea of snow falling on normally sun-drenched areas.

Joselaine da Silva Marques told TV Globo how "marvelous" it was to see these cities blanketed in white. "You almost do not feel the cold because of how exciting the snow is," said da Silva.

Radical changes to weather patterns have been attributed to climate change in recent years.