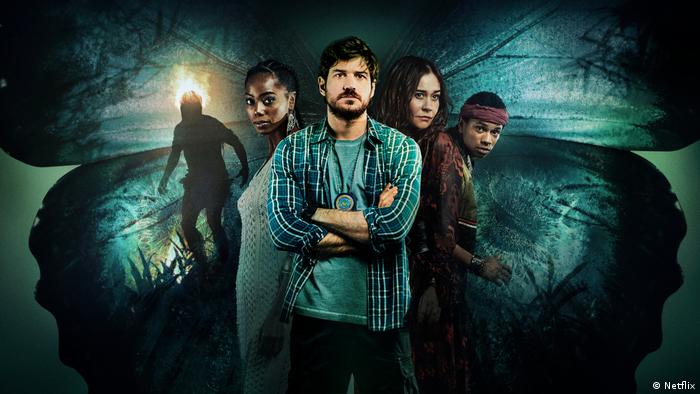 Eric (Marco Pigossi) is an environmental police officer in Rio de Janeiro. When his wife (Julia Konrad) dies under mysterious conditions, he starts his own investigation of the events. In the meantime, another strange episode takes place: A pink river dolphin — typically found in the Amazon — appears at one of the city's beaches. As the cop skeptically begins to follow the clues surrounding his wife's murder, a world of mystical creatures is uncovered, and everything seems to be connected.

This is the initial plot of the Netflix series Invisible City, available on the streaming platform throughout the world.

Are the supernatural entities real? Without revealing any spoilers, one thing is certain: The characters featured in the show have been around for centuries in Brazil. They make up an important part of the country's folklore. The myths are, in fact, known by nearly everyone in the country. The stories are part of school curricula, books, television and even animated cartoons. Now, they are available to an even wider audience — earning enthusiastic reactions. 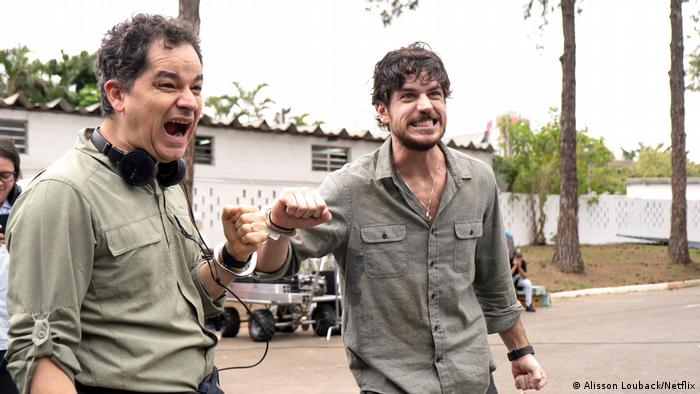 The series — which combines elements of drama, fantasy, mystery thriller and police investigation — premiered in February 2021 and, since then, was featured for at least one day among the platform's top 10 most watched content in more than 40 countries. The success has resulted in the confirmation of a second season.

The show was created by Carlos Saldanha. A two-time Oscar nominee for his animated films, Saldanha is the director of the Ice Age and Rio franchises, as well as Ferdinand. Invisible City is his first live-action project.

The idea came from his desire to combine "elements of Brazilian culture with an adult, police thriller production," he told DW. While he was developing ideas, shows such as American Gods, Grimm and Vikings were receiving a lot of attention. "I thought: 'Why didn't we ever think of doing something like this with Brazil?' We have so many mythological elements that are interesting and visually unique," he recalls.

He then decided to dive into the project, which was filmed throughout 2019. For Saldanha, talking about Brazil "creates a feeling of pride, of wanting to show my culture (…) these stories are so rich and so cool, we can't let them die," he said.

One of the biggest challenges the creative team faced was to introduce the folklore characters to an international audience who — in most cases — had never heard of them before, unlike for example Greek mythological gods such as Zeus or Aphrodite.

The creators of Invisible City wanted portray these folkloric creatures in a way that would allow anyone watching the series to get to know them, without however getting lost in details, since the show only relies on seven episodes of about 35 minutes each, and, as Saldanha points out, "It could get dull if it were too explanatory."

"It was a risk that we took, and I think it worked; people were curious," adds the director.

Myths related to protection of nature

Brazilian folklore is very diverse and has its roots in a mix of indigenous, African and European elements. The myths were historically passed on from generation to generation, mostly through oral tradition, and their interpretation may vary from region to region. Most of the legends are related to nature and its protection.

The characters in Invisible City are presented in a modern way and live in a marginalized urban setting. They also have different names than the actual mythical creatures, as they try to keep their identities a secret to navigate the human world. 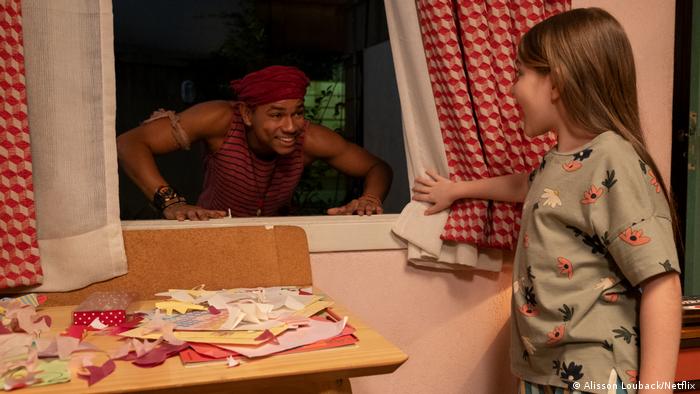 Saci is one of the classic Brazilian myths that appears in Netflix's Invisible City: His name in the series is Isac (left)

Some of the classic myths which are part of the show include, for example, Saci, a Black one-legged boy who wears a magical cap that allows the prankster to disappear into a whirlwind whenever he wishes. There are also Iara, the "mother of the waters," who is a mermaid; Curupira, a creature who lives in the forests and has its feet turned backwards to confuse hunters; and Cuca, a witch who terrifies kids across Brazil.

By introducing these cultural elements to the world, Invisible City also contributes to diversifying the fantasy genre. "I think the show brought freshness to the themes of mythology and fantasy," points out Saldanha.

And, as in all lasting myths, the Brazilian folk stories also transmit universal ideas. "In the end, we are all similar," says the show's creator. "Everyone has the same feelings; what changes is the way you tell stories."

Netflix honors Selena — and the German origins of Tejano

Selena fans get to see the life and times of their idol on Netflix. But few know that her signature Tejano style originated in Germany nearly two centuries ago.

On the trail of the pink river dolphin