Brazil elections: Bolsonaro to face off with Fernando Haddad in second round

Far-right candidate Jair Bolsonaro is in talks with other lawmakers to gain support ahead of the second-round run-off election against leftist Fernando Haddad. His party has not garnered enough seats to rule alone. 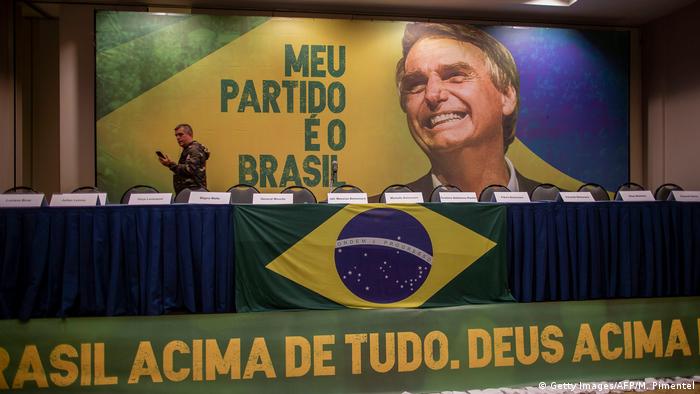 Far-right candidate Jair Bolsonaro will face leftist Fernando Haddad in the second round of Brazil's presidential election, scheduled for October 28.

Bolsonaro got roughly 46 percent of the first-round votes — more than 46 million ballots — while Fernando Haddad from the Workers' Party was in second place with just under 29 percent. A candidate needs more than 50 percent to win outright.

The first-round results increase the possibility that the ultra-conservative Bolsonaro could become president of Brazil, which has not had a powerful right-wing political force since the end of military rule in 1985.

Bolsonaro, a former army captain who has spent the last 27 years as a congressman, has campaigned on promises of cracking down on violence and corruption, but has also included praise for Brazil's former military dictatorship, derogatory comments about women and gay people, and wants to fight crime by loosening controls on already deadly police forces.

In 1993, he told Congress: "Yes, I'm in favor of dictatorship! We will never resolve grave national problems with this irresponsible democracy." 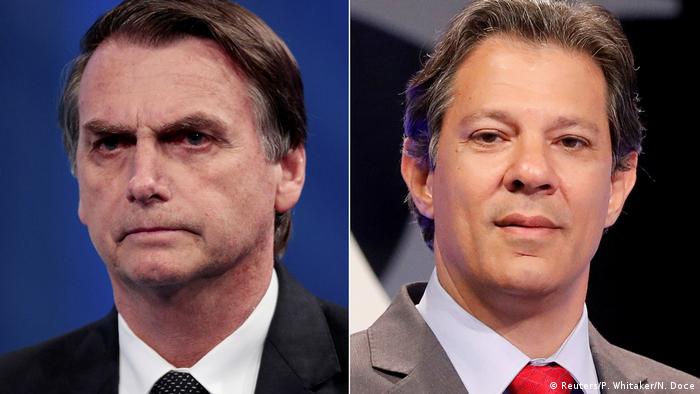 Candidates for the run-off Jair Bolsonaro and Fernando Haddad

On the eve of the election he had made a call which echoed those made by US President Donald Trump during his campaign: "Let’s make Brazil great! Let’s be proud of our homeland once again!" Bolsonaro had written to his 7 million Facebook followers.

He said on Monday he would retain his economic advisor Paulo Guedes and keep to his hard line message, and not become a "peace and love" candidate. The Brazilian stock market rose 6 percent on Monday.

The 63-year-old's campaign was boosted after he was nearly stabbed to death at a rally one month ago, which kept him from campaigning. 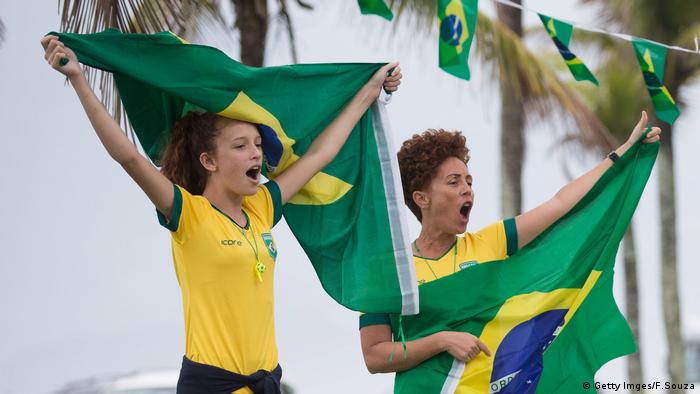 Haddad is the leftist Workers Party stand-in for former President Luiz Inacio da Silva, who is currently serving a 12-year prison sentence for corruption, and had his presidential candidacy barred earlier this year.

Electoral authorities have to determine if the embattled ex-president Luis Inacio Lula da Silva's controversial candidacy is legal, given his criminal conviction. Lula is the current frontrunner in the October elections. (16.08.2018)

The influence of the Catholic Church has waned in Brazil, where people have been flocking to evangelical churches. Now these churches have their sights set on the presidency, signaling a possible shift to the right. (30.09.2018)