Husein Kavazovic, the new spiritual leader of Bosnia's Muslims, looks set to follow in his predecessor's footsteps. Widely regarded as open-minded and modern, he seeks to strengthen the principles of "European Islam." 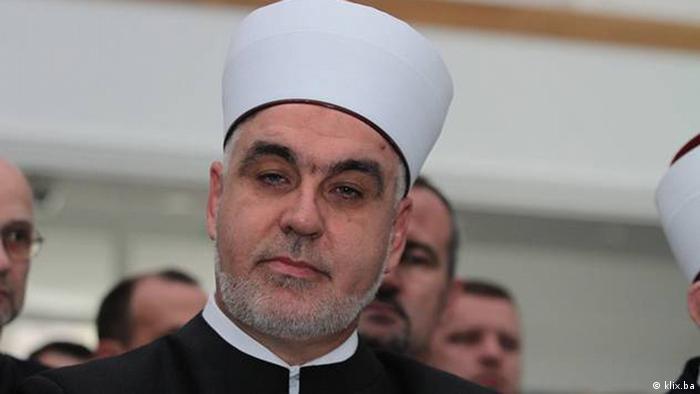 The Muslims of Bosnia and Herzegovina are still proud of Husein Kavazovic's behavior during the Yugoslav Wars. He was a 31-year-old imam in the northeastern Bosnian city of Tuzla in July 1995, when grim confrontations between the Bosnian Serb army and Muslim-dominated Bosnian forces shook the region. A few days after news of the massacre of over 8,000 Muslim men and youths in nearby Srebrenica broke, Kavazovic made the following radio announcement:

At the time Kavazovic was seen as a supporter of reconciliation between the various ethnic and religious groups in Bosnia and Herzegovina - a time when such a tolerant stance was not particularly popular with the people. 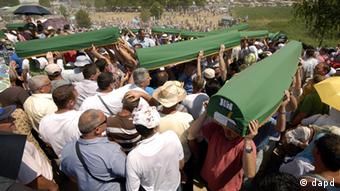 But the people of Tuzla are not quite so pleased with the stance taken by Kavazovic in the summer of 2007. That was when city mayor Jasmin Imamovic called for Tuzla's residents to join the "Love revolution," in which at least 5,000 couples were to kiss simultaneously in the city square in order to set a new Guinness World Record. It was a PR stunt to promote Imamovic's social democratic political party, supported by the city's tourism authority and a local radio station.

Kavazovic's Islamic community denounced the idea, branding it "an act of disrespect towards Muslims." But since Bosnian Muslims were considered liberal and open-minded, Kavazovic's condemnation did not have much effect. On September 1, 2007, at 10:29pm, 6,980 couples kissed in the city's main square, setting a new world record.

Interreligious tolerance and openness to dialogue on one hand, conservative values and influence on a secular society on the other: Bosnia and Herzegovina's Muslim community has been swinging between these opposites for over a century now. According to Hussein Alibasic, professor of Islamic studies in Sarajevo and director of the local institute for interreligious studies, the election of Kavazovic as the new spiritual leader will not bring about any major changes either, "because the nature of Bosnia and Herzegovina's Islamic community doesn't allow for this."

Instead, Alibasic expects that Kavazovic "will continue the current politics of interreligious engagement and reconciliation the way Grand Mufti Mustafa Ceric did it."

Islam has been practiced in Bosnia and Herzegovina for centuries, ever since the era of the Ottoman Empire. It is traditionally moderate, shaped by the country's multi-religious society, explained Thomas Bremer, a theologian at the Ecumenical Institute of the University of Münster.

"For hundreds of years, Bosnian Muslims lived together with Catholics, Orthodox Christians and Jews in the Ottoman Empire," said Bremer. "And even in the Yugoslav era after 1918 they developed a special approach that included openness to dialogue with other religious communities." 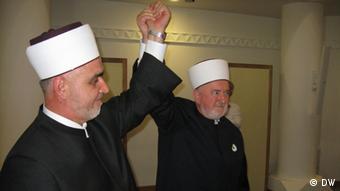 Another defining feature of Bosnian Islam is its structured organization, comparable to that of various Christian denominations. The Grand Mufti is the elected head of the organization - a position established by Austrian Emperor Franz Joseph I in 1878, after the annexation of Bosnia and Herzegovina, with the goal of establishing a reliable representative of what was then the largest sector of Bosnia's population. Today, Muslims make up 40 percent of society.

For the last 19 years, Grand Mufti Mustafa Ceric stood at the head of Bosnia's Muslim community and became known outside his country. He was highly respected and praised in Europe, especially Germany, for his efforts to integrate Muslims into European society and develop peaceful dialogue between Muslims, Jews and Christians.

Following the terrorist attacks on New York on September 11, 2001, a discussion erupted in Europe about so-called "European Islam," said to be an open-minded, tolerant and modern religion that rejects violence and abides by democratic principles. The people of Bosnia and Herzegovina saw Ceric as an embodiment of this modern thinking - a "European Muslim." He was famous for declarations such as, "My sultan isn't in the east; my sultan is in Brussels."

Now Kavazovic is already receiving praise in his home country as the new Grand Mufti - but he has yet to build up a reputation abroad. Whatever course he takes, the chances that he will continue on his predecessor's pro-European path are good. In his post-election speech, he emphasized that the Bosnian Islamic community "will take on its share of responsibility for Islam in Europe."

Hague tribunal helps 'get to truth' of Balkan wars

For the past 20 years, a special tribunal has tried to prosecute war crimes linked to the Balkan conflict. Not all the accused have been sentenced. But many say the court has broken new ground in investigating wars. (17.10.2012)

Accused Bosnian Serb war criminal, Radovan Karadzic, has begun his defense in The Hague by disputing charges of crimes against humanity. He said he had tried to stop the war in Bosnia that killed over 100,000 people. (16.10.2012)

An election in Bosnia shadowed by the past

Elections in Srebrenica are about more than just paving roads and establishing local authorities. The 1995 massacre of 8000 Muslim men and boys there offers a key backdrop to elections up to the present. (06.10.2012)