An election in Bosnia shadowed by the past | Europe | News and current affairs from around the continent | DW | 06.10.2012

An election in Bosnia shadowed by the past

Elections in Srebrenica are about more than just paving roads and establishing local authorities. The 1995 massacre of 8000 Muslim men and boys there offers a key backdrop to elections up to the present. 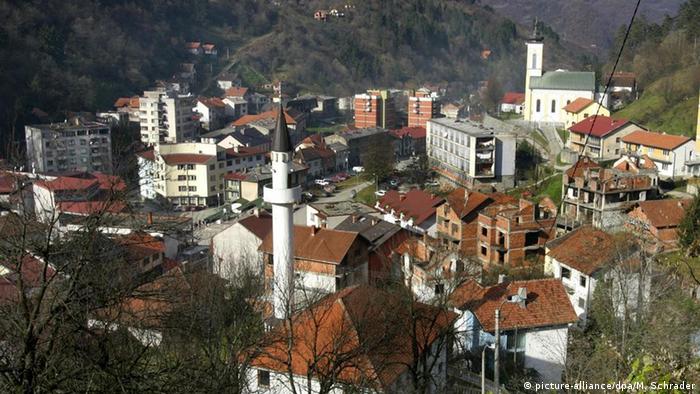 Arguments have raged in Bosnia ahead of local elections, set to take place Sunday (07.10.2012). Parties are taking the opportunity to raise their profile and to present their overall political views. Local politicians and their issues have therefore been shunted to the side at campaign events. Particular attention is being paid to the town of Srebrenica. 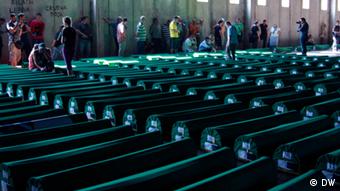 The name of the small town in eastern Bosnia, near the border with Serbia, has earned worldwide notoriety. In July 1995, over 8,000 Muslim boys and men were killed there during the war in Bosnia-Herzegovina by Bosnian Serb forces under the command of General Ratko Mladic. It was the worst massacre in Europe since the Second World War. International courts classified the attacks as genocide. Since then, Srebrenica has stood as a symbol of the atrocities in the Bosnian war.

Before the war, about 37,000 people lived in the town, of whom two-thirds were historically Muslim Bosniaks, and one-third were Serbs. The war changed the population structure dramatically: thousands of Muslims were killed or expelled, and many Serbs settled there. Often these people had themselves been displaced from other parts of the country. After the war, when the Dayton Agreement divided the country administratively between Serbs on one side and Muslims and Croats on the other, the Municipality of Srebrenica fell completely to the Serbian part, the Republika Srpska. Meanwhile, nearly 10,000 people, mostly Bosniaks, returned to the town of Srebrenica. Today Bosniaks are in the minority, an estimated two-thirds of the inhabitants are Serbs. 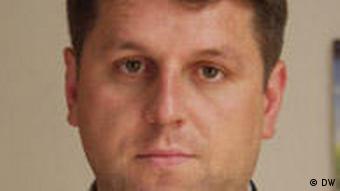 Camil Durakovic: Serb majority "not due to migration, but to crime"

That would normally also have political consequences in today's Bosnia-Herzegovina: Since the voters almost everywhere in the country choose along ethnic lines, in Srebrenica, a Serb-dominated municipal and city administration would be expected. But this is not so: since the war ended, Srebrenica has had a Bosniak mayor, and the local government is the only one in Republika Srpska where Muslims are in the majority.

This is due to a peculiarity of the electoral law for Srebrenica. While everywhere in Bosnia-Herzegovina the electoral roll of a municipality only includes the people who live there, until now in Srebrenica refugees now living elsewhere in the country or abroad, could vote. That was a political decision imposed by the international community: They did not want to legitimize the massacre at this symbolic place through the ethnically cleansed voter lists. But that has changed this year. The Central Election Commission of Bosnia and Herzegovina (CIK) decided that the same conditions as in the rest of the country now apply to Srebrenica: Only those who live there may vote in the local elections.

For proponents of this change, it is a logical decision. "They're local elections," said Vesna Kocevic, mayoral candidate of the Social Democratic Party (SNSD) that rules the Republika Srpska, "and the citizens who live here should decide about Srebrenica and about what happens in the community."

People who have no longer lived in Srebrenica for years do not know the real problems, she said - they would not know, for example, which roads should be paved first.

But Camil Durakovic, Bosniak candidate for mayor of Srebrenica, said, "The situation that we have today is not caused by any natural migration but by a crime." Like many other critics of the Election Commission's decision, he said that what was happening now was exactly what it had been hoped would be avoided after the war: Ethnic cleansing and war crimes would now cemented and accepted as the basis for a "new reality."

In the end, he said, Radovan Karadzic and Ratko Mladic, the two war leaders of the Bosnian Serbs, would now be the winners. Durakovic feels confirmed by statements such as those of Milorad Dodik. The President of the Republika Srpska and head of the Social Democratic Party recently said at a campaign event in Srebrenica, "There was no genocide." 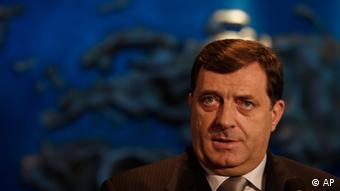 Milorad Dodik: "There was no genocide"

To prevent such reinterpretations of history, the citizens' initiative "I'm voting for Srebrenica" was founded in the Bosniak-dominated part of Bosnia-Herzegovina. The name says it all: All Bosniaks in the country are encouraged to register their residence in Srebrenica and then to vote in the elections for "their" candidate, Camil Durakovic. A competition for newly registered voters was begun, which reached absurd heights.

Thousands responded to the "I'm voting for Srebrenica" initiative. Meanwhile, 6600 Bosniak voters have registered in the town - when the election campaign began, there were only about 2000. "This will make it possible to have fair elections," Durakovic said contentedly. In contrast, his opponents are referring to the practice as doctoring electoral registers. The government of the Republika Srpska announced it would "take measures" and possibly challenge the election results.

Srebrenica is unlike the rest of Bosnia-Herzegovina, where voters simply choose a local authority. In this symbolic town, the issue is the ability of many people to influence the interpretation of the country's recent history. And this battle is far from decided in Bosnia-Herzegovina.

On the anniversary of the Srebrenica massacre, 500 more bodies uncovered this year were buried Wednesday. For their loved ones and the victims of sexual abuse in the Bosnian conflict, the suffering hasn't abated. (11.07.2012)