Bosnian writer Dzevad Karahasan, a winner of this year's Goethe Medal, explains why Sarajevo is his muse – but he sometimes needs to keep his distance. 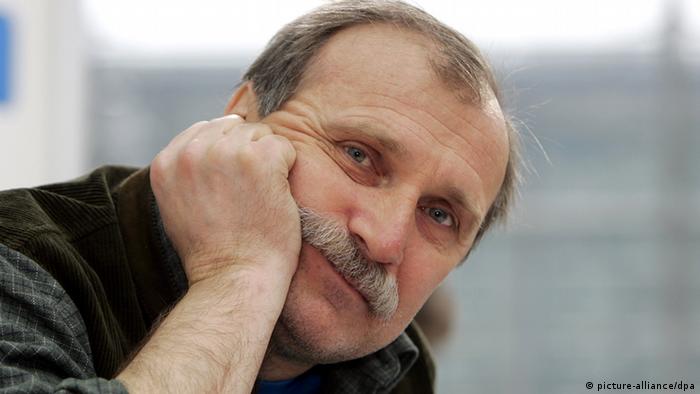 DW: Mr Karahasan, your essays were recently published in Germany with the title "Die Schatten der Städte" (The Shadows of the Cities). In them, you describe your hometown of Sarajevo as a city that provokes storytelling. Why is that?

Dzevad Karahasan: I think there are several explanations. On the one hand, history is particularly evident in Sarajevo. This little city has been burned, besieged, and nearly destroyed several times in its existence. On the other hand, different religions, ethnicities and languages have always been represented in Sarajevo, so there you are always aware of your cultural identity and of the constant presence of the "other."

Is that what led you to write about Sarajevo – the presence of the "other," which helps define one's own identity?

You fled Bosnia in 1993 and now live in Sarajevo and Graz, and in other places as well. Is this distance from Sarajevo important for you to be able to approach it in a new way?

Yes! By definition, a spirit creates distance from itself. Dreams of a paradisiacal condition, which our culture has been dreaming of ever since Hellenism, are basically dreams of a spiritless condition, of spiritlessness, of an identity with itself. That doesn't work; as long as we are people, we are spiritual beings. A spirit creates distance and a certain awareness of yourself.

That would mean that people dumb down when they enter a paradisiacal condition. 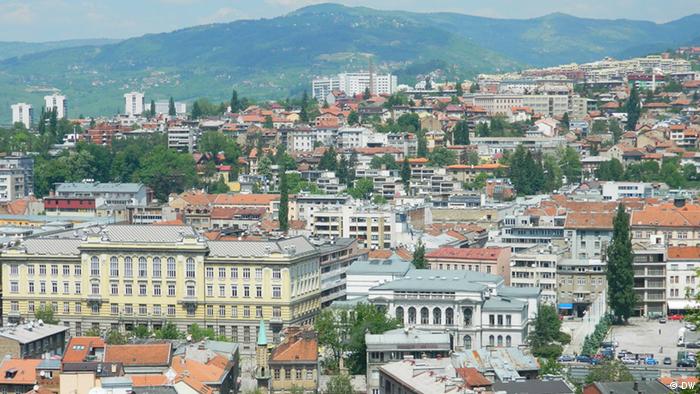 With its different religions, ethnicities and languages, Sarajevo is a city of many voices

How important is it for your spirit and your writing to live in different locations?

This spatial distance makes it possible for me to experience, view, and - I hope - to describe Sarajevo more accurately. When you have a bit of distance, you can see and comprehend better. So for me it's very productive to leave this city occasionally so that I can return with a bit more naïveté and openness.

Did you have any similar experiences as a child? You were born a Muslim, but raised a Christian and perhaps you experienced that as distance?

I often visited the Franciscan monastery to learn Latin and Greek from a Franciscan monk. I communicated quite intensively with them and sort of grew up in three worlds, you could say. My father was a deeply rooted communist, by mother was Muslim, and very many friends of mine, including teachers, were Franciscans. You're right: I really couldn't have grown up without a certain distance to myself. Even then as a young man, I was well aware of human complexity.

And that's what would later make you a bridge builder in your career as a writer - which is one of the reasons you are being awarded a Goethe Medal. Did you feel like a bridge builder before?

Honestly, no. For me, it's completely normal for people to live in multiple cultures and view their identity as a fluid phenomenon - precisely because they were given a spirit, or have been cursed by that spirit.

It's not quite as easy for others as it is for you - otherwise we wouldn't have to talk so often about "dialogue" between cultures. But does such a dialogue really exist? 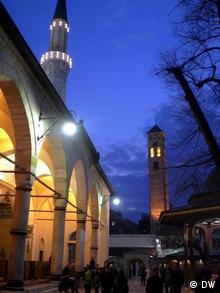 'The city definitely created in me a distance from myself'

I think it does. There have always been people who want to exercise power. They produce fears and misunderstanding because it's easiest to rule over people who are afraid. Fear is the best instrument to enslave people. But there have also always been people who want to live their lives without claiming power and who aren't afraid of power. These people do engage in dialogue. A dialogue of cultures is constantly going on. It's sometimes interrupted intentionally or when fear is provoked. But it's going on.

How were you received when you fled Bosnia and came to Germany and Austria?

I was received with much warmth and friendliness. In Munich, I was involved with the group Journalists Help Journalists. These people communicated great with me. Then I received a professorship in Salzburg. All in all, I didn't have any problems. Obviously, it was extremely difficult to travel with a Bosnian passport because everyone was afraid that I would try to present myself as a refugee. One time I literally had to be smuggled to France for a presentation of my book, since I hadn't gotten a visa.

You later started writing in German. What led to you do that?

I write very seldom in German - short articles that are corrected by my editor or other native speakers. German is much too complex of a language. I like this language too much to be able to or to want to write German prose or dramas. If I tried to write in German, the result would be simplifications. And, above all, I'm afraid of simplifications!

The US author, commentator, politician and playwright Gore Vidal has died aged 86. In a career spanning over six decades, Vidal produced 25 novels, hundreds of essays and several Broadway hits. (01.08.2012)