Thieves never get old. Otfried Preussler's beloved Robber Hotzenplotz books are celebrating their 50th birthday in August. The series has been translated into over 30 languages and is now even getting a little app-date. 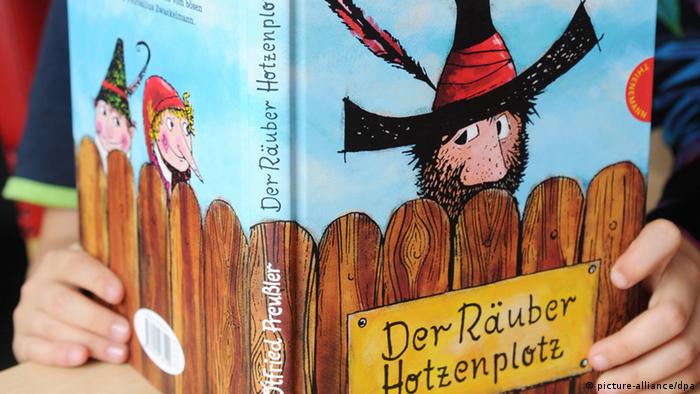 Robber Hotzenplotz held poor grandma at gunpoint with his pepper pistol and stole her coffee mill. But Kasperl and Seppel are setting out to recapture it. Alas, they fall into the hands of the evil wizard Petrosilius Zwackelmann along the way and need a few smart tricks in order to lure both the wizard and the robber Hotzenplotz into their traps. 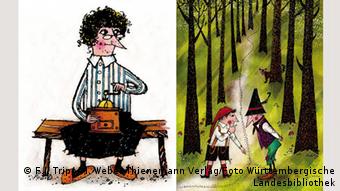 "The Robber Hotzenplotz" series has been translated into over 30 languages

In Kasperltheater, the Kasperl (Casper) is the hero who wears a long red hat and resembles a court jester. He and his friend Seppel - standard characters in the genre - must overcome an evil character, like a witch, to save the day.

Preussler's book was published 50 years ago on August 1, 1962. The author recalled the thought process behind writing the book: "Now, just write something funny, I told myself, something just for fun like a typical Kasperl story. One with all the characters that belong in a real Kasperl piece," he said.

And with that, he had written a children's classic. The three-book "Robber Hotzenplotz" series has sold over 7.5 million copies worldwide during its half a century, according to the publisher, Thienemann. 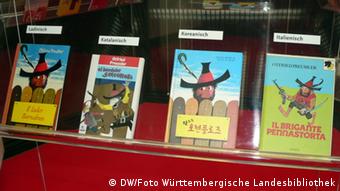 The first book has been translated into over 32 languages and has enjoyed great popularity, most notably in Japan, where it has sold 1.3 million copies. "Odoboro Hotzenplotz" - as it is known there - is so beloved that Japan's Empress Michiko organized a meeting with its author during her 1993 visit to Germany.

Enthusiasm for Robber Hotzenplotz has been growing in Asia in particular over the past 10 years, according to Doris Keller-Riehm, the director of the licensing department at the Stuttgart publishing house Thienemann.

"In that cultural group, the character of the robber is especially fascinating," said Keller-Riehm.

"Robber Hotzenplotz" moved on to conquer other book markets not long after its first publication in Germany in 1962. The first translation appeared only two years later in Afrikaans, known as "Rower Hotsenplots." A Danish translation followed the same year. Even the British were demanding Hotzenplotz, which was striking to Keller-Riehm because the UK's general interest in the German book market is otherwise limited. 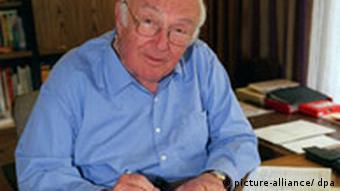 So far, the biggest difficulties distributing the book have mainly been noted in the eastern European market. Although Otfried Preussler wrote the Robber Hotzenplotz stories with the Bohemian forest of his youth in mind, Hotzenplotz couldn't break into the Czechoslovakian book market.

The Thienemann publishing house repeatedly sent test copies, only to receive one rejection letter after another. Keller-Riehm always received the response that Rober Hotzenplotz bore too great a resemblance to the region's own classic robber stories, but recently she has begun to notice an interest emerging after all.

The robber gets updated

Above all, the 50-year celebration is cause for an update. Thienemann's anniversary edition of the three-book series has Robber Hotzenplotz showing all of his colors. Mathias Weber has remastered and colored Franz Josef Tripp's original black and white illustrations with a particular flair for the story's ambiance. 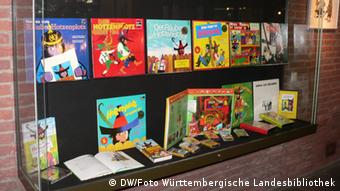 The robber's getting a multimedia update for his 50th birthday

Robber Hotzenplotz has accompanied enthusiastic young readers for several generations now, even if the second and third books weren't as successful as the first. Publisher Klaus Willberg doesn't think a classic book can stay popular without making an update from one generation to the next, which is why today's digital generation will soon have their very own Hotzenplotz App.

Around 35 percent of Cologne's population has an ethnic minority background. In that vein, the city's new academy of the arts intends to enrich the international diversity of its culture scene. (24.07.2012)

Each year, thousands of manuscripts are sent to German publishers, but only a handful are published. Becoming a published author can be a long and trying endeavor. (03.07.2012)

Few books have provoked the kind of media hype, discussion and praise that David Graeber's "'Debt: The Last 5,000 Years" has in the past few weeks. DW looks at the movement and the man behind the book. (25.06.2012)