Few books have provoked the kind of media hype, discussion and praise that David Graeber's "'Debt: The Last 5,000 Years" has in the past few weeks. DW looks at the movement and the man behind the book. 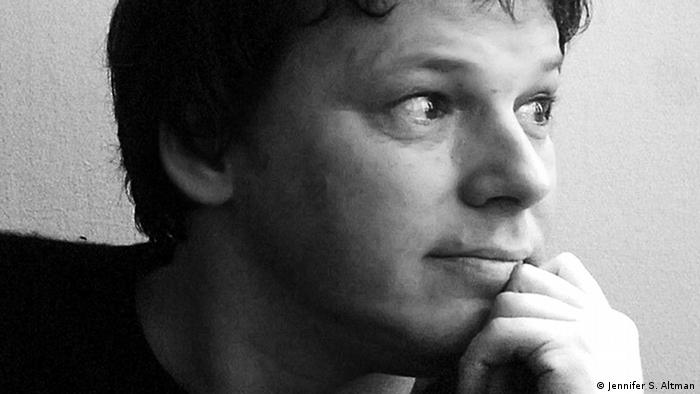 He doesn't stay in one place for long. One minute David Graeber is in London, where he teaches anthropology at Goldsmith College, the next he's in Frankfurt at Blockupy, then in Cologne and Berlin for book releases, next stop New York. It's no wonder that Graeber is so busy: He's published three books in 40 days.

The best-known of the three, "Debt: The First 5,000 Years," was described by journalist and political talk show host Maybritt Illner and culture presenter Dieter Moor as "perhaps the most important book of the year." With the three publications, the man whose slogan is "We are the 99 percent" - now deeply ingrained in the system-critical Occupy movement - has managed to attract more attention than any of his fellow-campaigners before him.

He's an activist, anarchist and anthropologist who appears in all the most influential feuilletons. But what does Graeber have to say for himself?

Chronicling the history of debt 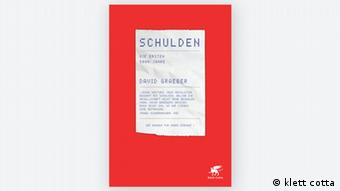 "Debt: The Last 5,000 Years" is a radical look at the roots of the current economic crisis

In 400 pages, Graeber chronicles the history of debt and, with that, the history of humanity. He begins the book with a slick, but provocative sentence: "Debt doesn't have to be repaid."

He then goes on to describe the economic systems of various indigenous groups and the invention of coinage, finally landing in the present. The assumption that barter trade was initially in existence before it was simplified with the introduction of coinage and later the credit system is, he concludes, idiocy.

Credit systems were in existence long before the invention of money. People who live together in a community are constantly lending things and helping each another, so everyone owes a debt in one way or another. But these debts have nothing to do with money, argues Graeber.

Graeber shows that debt has a moral dimension. He finds it remarkable that the moral imperative that debt must be repaid is now considered more important than other moral and ethical obligations. Why else could it be that governments in poor countries prioritize debt repayments over the basic nutritional requirement of their citizens? Debt, says Graeber, is a moral principle merely enforcing the power of the ruling classes, leading to the repression of the masses.

This system can't function forever. When too many people are in debt, uprisings and revolutions occur. The solution? Debt cancellation, says Graeber. 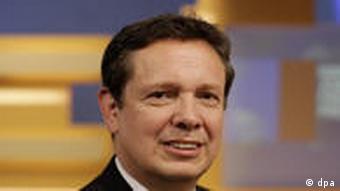 This demand is in keeping with Graeber's style, having in the past represented a number of radical positions. He has no allegiance to any political party, calls himself an anarchist, is a member of the union Industrial Workers of the World and has researched power and the meaning of history and slavery in Madagascar. Graeber taught at Yale until 2007 when his contract was controversially not renewed. Critics believe the decision was politically motivated.

The 51-year-old American has secured himself a place on the bestseller list of Germany's prominent news magazine Der Spiegel, reaching fourth place last month. The success story of the book began in fall 2011 with the English edition. The editor of the Frankfurter Allgemeine Zeitung, Frank Schirrmacher, wrote that the book was "a revelation because the author has shown that one is no longer obliged to react in the system of apparent economic rationality." This review made Graeber's risqué theses socially acceptable.

But the media hype really began when the German translation of the book was published in May, in conjunction with the release of Graeber's "Inside Occupy," a monograph about the Occupy movement. The book reveals much about Graeber's political background: He was involved in the Occupy protests as an organizer and follower right from the start, while simultaneously analyzing, promoting and shaping the movement.

All of the major German newspapers were talking about Graeber - Süddeutsche Zeitung, TAZ, the Frankfurter Allgemeine Zeitung, Die Welt, Der Spiegel and Stern to name just a few. Most critiques of the book were benevolent. Graeber's theories were described as brilliant, illuminating, exciting. Graeber translated between worlds, between critics and supporters of the system, between academics and the media. He presented his complex theories in bite-size, easy to understand sections. He interrupts analyses to build strands of thought, while still remaining entertaining.

Playing by the rules 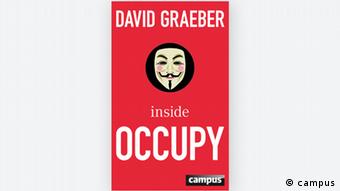 The media have called Graeber the "brains" behind the Occupy movement

But it's not just the content of the book. It's Graeber, the person. The idea of the "99 percent" in the slogan "We are the 99 percent" comes from him. And even though he himself is one of the 99 percent, he knows the language of the one percent. He also knows the unwritten rules of getting heard in public.

On Maybritt Ilmer's talk show, Graeber was smartly dressed in a black suit-jacket. It was his 67th interview with the German press. Still, he remained polite, succinct and never looked bored. As radical as his thinking may be, his appearances are always in keeping with convention. He's well aware of how much conformity is necessary to inspire interest in non-conformist thinking. He's no madcap revolutionary; rather, he fits into the protocol of prime-time programming.

Above all, he's a figurehead for the so-called 99 percent. The media have bestowed a range of attributes upon him, from "mentor" to "brains" behind the Occupy movement, but also the moniker "intellectual superstar."

Reading his "Inside Occupy," one thing is clear: The last thing that Occupy wants is a leader. "Direct Action," basic democracy and no hierarchy are central to the movement. But Graeber is already easily available for the media. Just as he explains the history of debt, he can also easily formulate what Occupy is all about. Slogans such as "We explain why the system doesn't work" are more likely to be taken seriously when they come from the mouth of a Yale professor than from a 20-year-old with a hoodie and dreadlocks.

Solidarity is Europe's only hope

In an opinion piece for DW's Transatlantic Voices column, James K. Galbraith argues that neither growth nor austerity are the right remedies for the eurozone crisis. Instead, the focus should be on solidarity. (06.06.2012)