Bosnian Islam: a model for integration?

Since the September 11 terrorist attacks, a debate in Europe has heated up over the compatibility of Islam with secular, Western society. Scholars meeting in Stuttgart took a fresh look at the question. 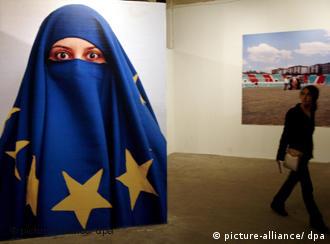 International scholars met last week in Stuttgart to consider the question: What's the ideal form of Islam for a European context, if there is one?

An estimated 20 million Muslims live in Western Europe. In many countries, the presence of a large Muslim minority has led to intense national discussions. The September 11 terrorist attacks in the United States stoked arguments in Europe that Islam was not reconcilable with European values, and that Islam was not adaptable to democracy.

With such debates raging about Muslim "integration," many are looking to the way Islam is practiced in Bosnia-Herzegovina for the answers. 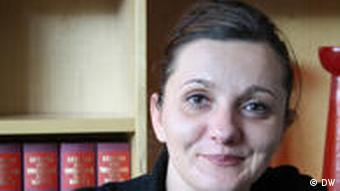 Muslims make up the majority in Bosnia and Herzegovina, and they live harmoniously alongside Catholics, Orthodox Christians and Sephardic Jews. This diversity, along with the 130 years during which the country was ruled by the Austro-Hungarian Empire, made Bosnian Islam what it is today.

Under the empire, a Muslim institution was created which was modeled on the structures of Christian churches. In fact, it was then that the role of the Grand Mufti, the leader of Bosnian Muslims, was established.

Omerika believes this kind of organization of the religion could make Islam more welcome in Europe: "It's this form of institutionalization that represents a known quantity for many Europeans, because they see parallels with religious organization in church structures."

Back in the 1990s, German political scholar Bassim Tibi introduced the term "Euroislam," meaning a combination of Islamic principle and modern European culture and values.

However, many scholars, such as Kerem Öktem of the European Studies Centre at Oxford, disagree and believe the idea of "European Islam" is not useful. 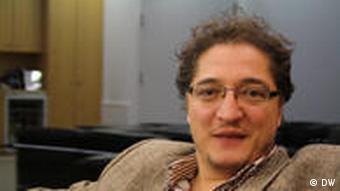 Öktem says Islam is not necessarily a foreign element within Europe

"The main problem," he argues, "is that there's a basic assumption that Islam is something foreign, something different, something that's not from Europe - and that the religion must therefore be domesticated, Europeanized or nationalized."

Öktem argues that's not the case, and that Islam has existed in Europe for centuries. Bosnia, he maintains, is not the only example; there's also Turkey, Albania and Bulgaria.

And then there are the Tatars, who've lived in Poland for more than 600 years. They make up under 1 percent of the population, but, according to Adam Was, an Islamic studies scholar at the Catholic University in Lublin, they've now been joined by a second wave of Muslims.

"Those are the students from various Arab lands who came to Poland in the second half of the 20th century. Most married in Poland and started families, and that's how the second group came to be," he said.

So there are Turks and Algerians, Albanians and Bosnians, Pakistanis and Iranians, and two streams of the religion in Poland alone - all of them speaking different languages and having different cultures and religious traditions.

"Is it even theoretically possible to find a model for such a diverse challenge?" asked Öktem. "Even on a theoretical level, I would say no. There is simply too much diversity, and this diversity must be addressed." 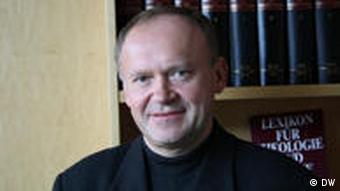 Dr. Adam Was points out that there are multiple Muslim traditions in Poland alone

Was agrees there can be no unified European Islam - whether Bosnian or something else - but perhaps rather an Islam with a European flavor, as there is African Islam, which differs from the Islam of Southeast Asia.

"We need an Islam with certain European characteristics: democracy, human rights, freedom of religion. This will involve a process of reinterpretation of the Koran, and that will require a certain new exegesis of the holy scripture," said Was. "And that's a discussion to which Muslims who have already been in Europe for centuries can contribute."

Three men accused of plotting to bomb the Danish newspaper, Jyllands-Posten, for printing cartoons of the prophet Mohammed pleaded not guilty in a Norwegian court on Tuesday. (15.11.2011)

The German Family Ministry has for the first time published a study of forced marriage in Germany. The report is based on the findings of hundreds of consultation centers across the country. (10.11.2011)

A new law banning the burqa comes into force in Belgium on Saturday. The law has been approved with overwhelming support by both houses of parliament, a rare display of unity in this otherwise divided nation. (23.07.2011)

Germany's interior minister met with Muslim community leaders to discuss how they can prevent youth radicalization. Muslim leaders countered that the responsibility lies with the government. (25.06.2011)

How a Syrian refugee went searching for parents along the Belarus border 09.11.2021

Scores of migrants are stranded in the border region between Belarus, Poland and Lithuania. A refugee based in Austria has headed to Poland in hopes of finding his father and mother. Magdalena Gwozdz-Pallokat reports.