Hailed as one of the rising stars of her generation, the 27-year-old German-Greek pianist is also a festival organizer. She tells DW why artistry fulfills an essential function in people's lives. 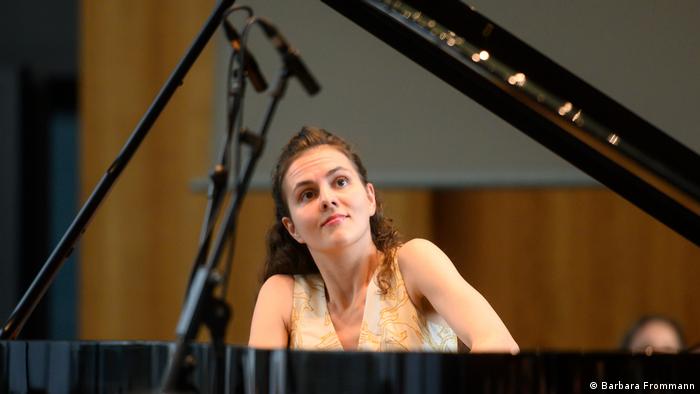 The Schumannfest in Bonn drew to a close this past weekend with a piano recital at Deutsche Welle headquarters. The two-week festival focused on Clara Schumann, 200 years after her birth in 1819. The wife of Robert Schumann was also a notable composer, and her works were included on the programs of most of the festival's 16 events.

Frequently providing a stage for young, and in this year, mostly female performers, the Schumannfest engaged an already widely acclaimed and prize-winning artist for its final concert, Danae Dörken. Breathtaking technique, an effervescent style, emotional depth, structure, drive, nuance, and a strong stage presence are the hallmarks of the 27-year-old German-Greek pianist. Also the co-founder and director of the Molyvos International Music Festival on the Greek island of Lesbos, Dörken told DW why musical artistry is a serious, and essential, business.

DW: We know that Clara Schumann was a pianist, a mother of eight, an artistic adviser, the wife of a very difficult person — Robert Schumann suffered from an illness that we would probably call bipolar disorder today — a concert organizer, music critic and of course a composer. But what does she mean to you, artistically and personally?

Danae Dörken: I think to me she really is kind of the epitome of the power woman, because she was not only versatile but also excelled at everything she did. It's often forgotten that Robert Schumann's works were made famous in large part because she played them in her recitals so often.

Read more: At the Schumannfest, it's about Clara — and other women in music

She was ahead of her time, although people criticized her for that and even asked her to stop doing certain things. At one point her own husband asked her to stop composing, for example. But she followed her own rules. I admire people who try out new things and seek to expand horizons, and that's exactly what she did. 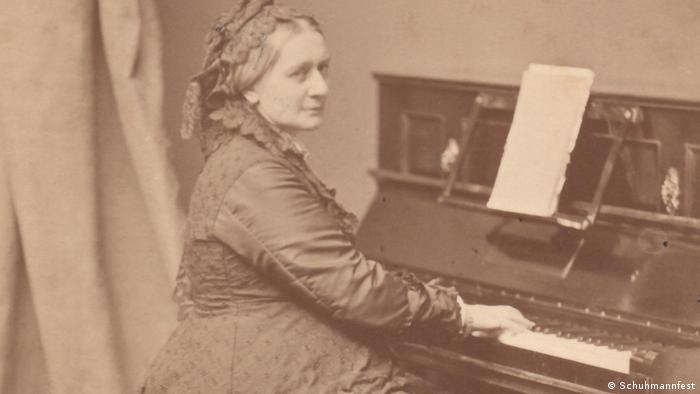 Outliving her husband by 40 years, Clara Schumann had a lasting impact on the culture of classical music

Was it easier in those days to be a multifaceted artist? Nowadays we live in an age of specialization...

Today the problem is that perfection has become so important. If you just look at pianists: One little mistake can doom a career. Pianists from earlier generations like Horowitz or Rubinstein had immense repertories, and if they made a little mistake, it wasn't such a big deal. They had a broader view of music, as did Clara Schumann in her time.

I think we should strive towards that broader view and to take aspects from various sides of life and apply them to our art. Her composing activities enriched her piano playing for instance, and even her experience as a mother certainly would have enriched her compositions.

Is Clara Schumann a personal inspiration for you?

Definitely, especially since I have two children myself, so her combination of family and music is an inspiration.

What are the hallmarks of Clara's compositions?

The most striking thing are the long lines of her melodies. You can hear that she was inspired by Mendelssohn, Chopin and of course also her husband, Robert Schumann. But the long, lyrical arch of her musical phrases is characteristic of Clara Schumann. Interestingly, she was doing that in the compositions she wrote when she was only 16 years old. There is such a depth to her music.

So she didn't just fit into the style of her time but went beyond it?

Yes, I certainly feel that she was ahead of her time and didn't just copy others. And her compositions are often technically very demanding because she wrote them for herself, so we other pianists have to manage to play them! 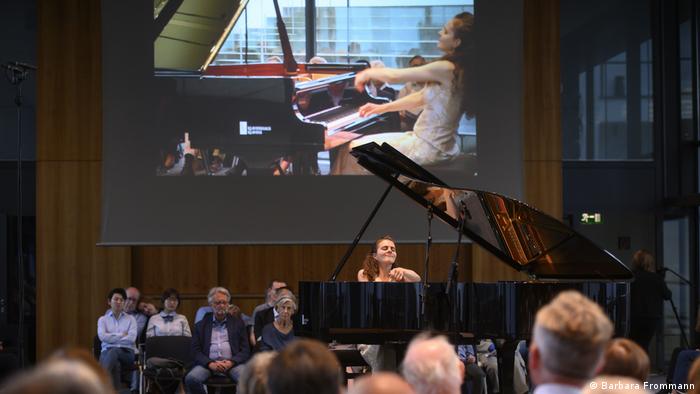 Although Danae Dörken is critical of perfection as an aesthetic ideal, her playing is not only emotionally charged, but impeccable

Clara Schumann is getting a lot of attention in her bicentennial. Do you think her music will be more prominent on playbills in the years to come?

I believe people will perceive that this is more than just the music of Robert Schumann's wife. I've been asked to perform her piano concerto in the years to come as well. So Clara is here to stay.

Listening to the music of Clara and Robert Schumann, you get a sense that they lived and breathed music, poetry and literature, almost like people do Netflix films today. One could almost be jealous of them living in those times!

And they were always inspiring each other! Just imagine the circle of people that Clara and Robert Schumann knew, including Brahms, Chopin and Mendelssohn. That's mind-blowing in itself. And yet, I think that today we don't know who will be remembered a hundred years from now. Maybe we musicians are in contact with these people but don't know it. In the time of the Schumanns, they didn't feel that either. So it's up to us to choose our activities and whom we seek out for inspiration.

Is it enough for a musician to just make beautiful music?

I think it's important to do more. This feeling is widespread in my generation: Because there are so many things going on in the world, we should take a wider view. Of course I don't think I can save the world or solve any major problems, but I can at least offer what I have to offer. And music is a very powerful tool and a powerful language. So I will gladly do more than just perform for people who buy tickets. I can almost say that I feel the need to. 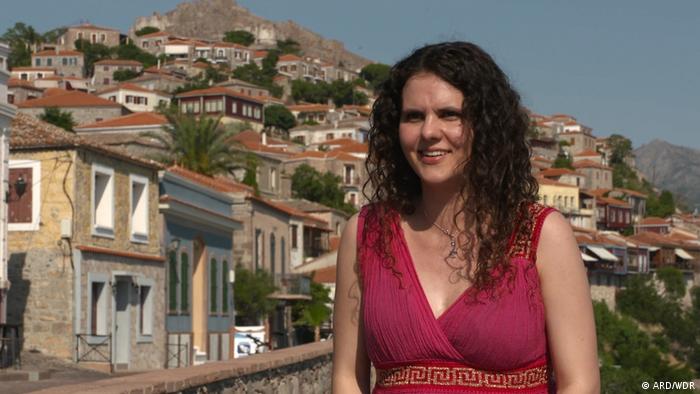 What can you achieve with music?

The most powerful thing that music can do is of course unite and connect people. It's a universal language that anyone can understand, whether or not there is an actual language barrier. It might be a matter of just giving a short moment of hope and happiness to people who might be in despair or perhaps in a life-threatening situation. When we play something for them, the emotional exchange goes in both directions.

Have you seen that at your own music festival on Lesbos, a place affected by the ongoing refugee crisis?

Yes. We initiated the program in 2015 at the high point of the crisis. The people arriving on the island were distraught and had just probably been through the hardest weeks of their lives. Many came to our concerts because we gave them free tickets. We also went to the camps and played for them there.

It was incredible to see the reaction. In the end, classical music in particular reaches everybody. Because it goes deep into our hearts and souls, you can connect with it on a very different level. We saw people with tears in their eyes, people who'd probably never listened to classical music before. They were so moved. In the end, touching people on an emotional level is probably the most important thing we can do.

How Robert Schumann's final city is keeping his memory alive

The insane asylum in Bonn where composer Robert Schumann died now hosts a music festival in his honor. Festival co-founder Markus Schuck explains what makes the city's connection to Schumann so special. (06.06.2017)