"Bombay is a City of Extremes"

Altaf Tyrewala, whose debut novel "No God in Sight" received rave reviews in Germany and is featured at the Frankfurt Book Fair, spoke with DW-WORLD.DE about Bombay and its underlying tensions that inspired his book. 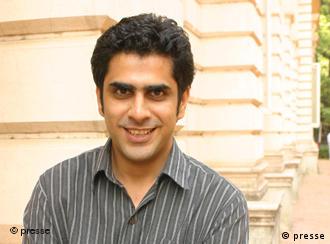 Tyrewala said he grew up in a fairly liberal, middle class Muslim family

Altaf Tyrewala was born in 1977 in Bombay. He studied advertising and marketing in New York before returning to Bombay to work on his debut novel "No God in Sight." A breathless page-turner which hurtles through the landscape of Bombay and its teeming 17 million people, the book tells the story of the city's ordinary citizens, betraying some of the tensions and divisions underpinning the city's freewheeling multicultural spirit.

DW-WORLD.DE caught up with the author at the ongoing Frankfurt Book Fair.

DW-WORLD.DE: Your book is among six novels set in Bombay by Indian writers in English that have received a lot of attention in Germany in the build-up to the book fair. How do you explain this surge of interest in the city? 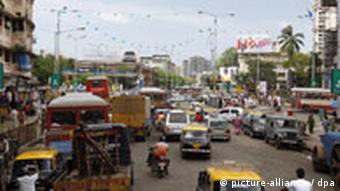 Bombay reflects the struggle and strife of life there

Altaf Tyrewala: Bombay is a very strange city. It's ironic that though India is a vast country, the nation's most important metropolis had to be forged on a tiny island and we actually reclaimed land from the sea. So there is struggle and strife in the very blood of the city and a lot of hard work has gone into just building it. That struggle is reflected in all aspects of our lives -- whether it's travel, work or education -- and that leads to a lot of drama. It also leads to a lot of insight into life itself, gives you a perspective and where there's conflict and struggle, art breeds too. I think that's probably true of any major metropolis, be it New York or Berlin.

While I am glad that "No God in Sight" is being called a Bombay novel, it was never my intention to write a self-consciously Bombay novel. My attempt was to capture individual stories and account for people who are rarely looked at in literature or in life, and if the city has somehow been captured, that is incidental.

The underlying theme of your novel is religious extremism, with several subtle references to the riots between Hindus and Muslims in Bombay in 1992-93 that left at least 1,400 people dead. How did those events affect you as a Muslim? 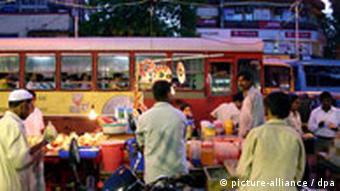 I was in the city when the religious riots happened in 1992 and 1993. I grew up in a fairly liberal, middle class Muslim family and I haven't actually suffered directly communalism or religious discrimination. But I am a sensitive person and I do pick up on the nuances of daily life. There is a poisoning of daily interaction (between Hindus and Muslims) at a very subtle level, but the lower down you go in the economic strata, at a very gross level.

Though there have been sectarian riots in Bombay earlier, the one in 1992 was different because for the first time we felt the authorities were in cahoots with the majority community and that's where the real shock lay for the minorities. The realization that this is no longer an equal fight, this is no longer civilians fighting each other but a system that's turning against its own subjects. And we saw that proved again in Gujarat, so the paranoia has almost deepened in a way.

The characters in your book are largely Muslim. Was that deliberate?

It was not a conscious decision to write about Muslims. At the same time, if was, say, a Bengali Hindu, I would not have written this book. I am aware of the extra attention being given to this Muslim milieu since the riots -- a milieu that I've grown up in and know intimately. I also attempted to humanize and examine certain characteristics of the milieu, such as extreme religiosity at times, the lack of self-awareness, the unwillingness to question one's environment and condition. So maybe the characters in my book represent the ideal characters which I would like my community to have -- people who are restless and curious about the origin of their own thoughts, of their own prejudices and their own inherited beliefs.

Have the events of the early 1990s created permanent barriers between Hindus and Muslims in Bombay, a city that prides itself on its cultural and religious diversity? 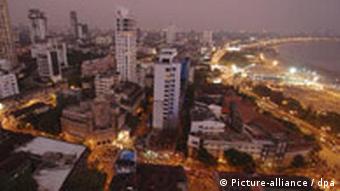 The lines between communities in Bombay are hard to demarcate

I live in Byculla (a neighborhood in southern Bombay) which is a quasi ghetto, home to Muslims but also to Catholics, Gujaratis. Mumbai, unfortunately, is a much-ghettoized city and the two communities (Hindus and Muslims) today are insular to the extent that it would be fairly difficult for me as a Muslim to move to Kandivali or Ghatkopar (both neighborhoods with large Hindu populations) for instance. The landlords there would not even entertain me if I wanted to buy or rent a flat.

At the same time, given the geography of the city and its size, it's impossible to have a strict demarcation between religious communities. I know of other cities in India that have a strict demarcation "that's India and that's Pakistan." It would be impossible to do that in Bombay because you never know where one area begins and ends. It's such a tightly-packed place that prejudices have to be abandoned for economics and housing reasons.

But I hope that I've also captured in my novel other extremes. The extremes of economic divergence, of people who live in this closeted, cocooned air-conditioned existence -- that for me is the real Bombay as against the Mumbai of the people who take the trains everyday, who live in tiny flats and who have no real way out of this continuous discomfort that really represents Mumbai. It's a city divided on the basis of basic lifestyles. Bombay is a city of extremes -- of economics, social strata and ideologies.

At 29, you're one of the youngest authors to represent India at the Frankfurt Book Fair. What prompted your writing? 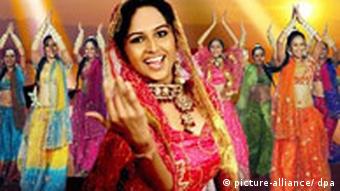 I went to New York to study business when I was 18. The idea was to study there, get a green card and a fat salary and fulfill an Indian cliché in a way. But I hadn't counted on feeling so enormously homesick. I didn't have money to visit India at a stretch for four years, and I threw myself into Indian literature in English to get a feel of home, Bollywood just didn't cut it for me. I read almost all the major contemporary Indian writers in English and realized the power of literature and felt that I wanted to do the same, engage with reality and dig deeper below the surface. I came back to India armed with a major in advertising and marketing and a minor in writing.

The structure and form of your slim novel, which is a series of short, fast-paced narratives, has come in for special praise from critics. How did that come about?

I worked as an instructional writer for various software companies in Bombay for a year, writing programs for e-learning packages. And that was extremely instructive because it taught me the art of brevity and the skill of making your point quick. That bled into my novel, which is made up of short chunk-sized stories. At the same time, I realized when I began writing that the conventional novel wouldn't work when writing about Mumbai, which has so many realities, truths and stories pressing in. In part, the form of the novel also emerged with my tiredness with words. I joined college when the Internet was gaining ground and grew up in a fairly hyper-textual environment -- reading, chatting on the internet. A kind of word poisoning set in. So the form had to do with writing as little as possible and capturing as much as possible.

Bombay also has a new image abroad as an economic and financial hub of the new globalizing India. Will that melt the old divisions plaguing the city?

At the heart of all turmoil is economics. When there is huge economic disparity, the so-called "vested interest" will zero in on any divide it can. The Hindu-Muslim is just one divide in India which tends to have the loudest and the most sexy appeal in the media. But there are so many other divides.

Of course, it's a great thing that we have jobs and that we've found ourselves able to service the information age. A lot of people are earning good salaries. A lot of good is emerging from this, the money is slowly trickling down to the masses from the classes. My only concern is that we ought not to fully buy into the image that we would like to project outside. There's a lot of work to be done in our backyard and if we don’t also divert our money and energy into correcting our own problems I don’t see how long we can sustain our good times.

Read DW-WORLD.DE's dossier on one of the publishing industry's most important events.