Luis Garcia Meza's regime was characterized by mass human rights violations, including genocide and extrajudicial killings. He rose to power in the early 1980s in what was largely described as the "Cocaine Coup." 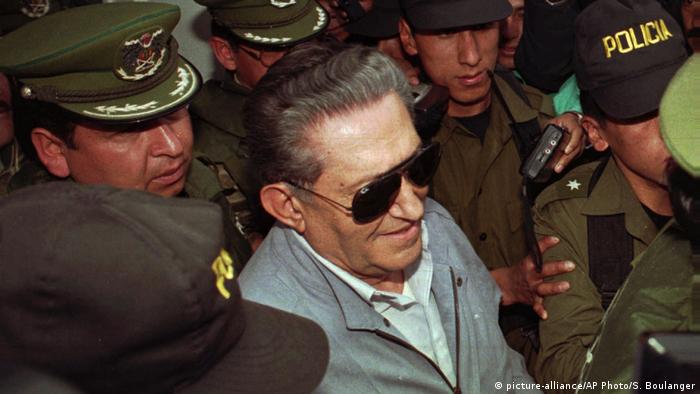 Former Bolivian military dictator Luis Garcia Meza died on Sunday at the age of 88. Garcia Meza, who was serving a 30-year prison sentence, died from "possible respiratory failure," according to a medical report.

Although Garcia Meza ruled for only 13 months after his "Cocaine Coup" — backed by drug traffickers — his regime was characterized by brutal repression and mass human rights violations, including genocide, extrajudicial killings and systematic use of torture.

In 1993, Bolivia's Supreme Court sentenced Garcia Meza to 30 years in prison. However, it wasn't until March 1995 that he was arrested in Brazil and extradited to Bolivia to serve his sentence.

The decision was hailed at the time by human rights groups, with Human Rights Watch (HRW) saying it marked a "milestone in the struggle for truth and justice in a hemisphere where powerful military actors are almost never brought to account for leading coups."

Read more: Bolivia's women hope for an end to violence

"To the best of our knowledge, the conviction marks the first time in Latin American legal history that members of a de facto military government have been held to account for usurping power and violating constitutional norms," HRW said in its report on the trial.

Last year, a tribunal in Rome convicted Garcia Meza and seven other former South American political and military leaders for the deaths of 23 Italians who were killed in the brutal crackdown launched under the former dictator.

Garcia Meza served most of his prison sentence in a military hospital.