Board games record double-digit growth as interest in anything analog increases | Business | Economy and finance news from a German perspective | DW | 25.12.2019

Board games are increasingly popular not only among teenagers but also adults. As the market continues to grow each year, more board game bars are opening in big cities and a number of independent companies are thriving. 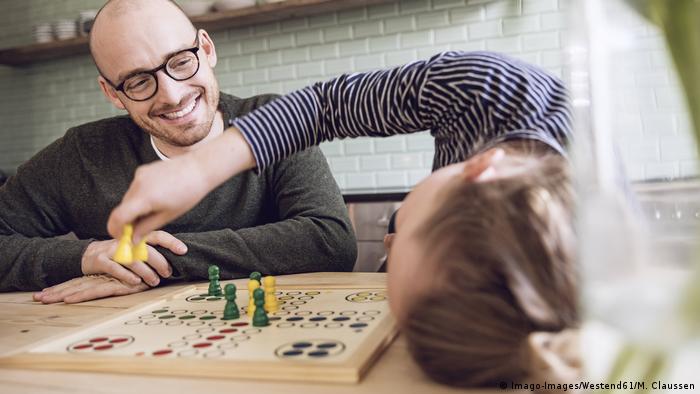 Kickstarter, a US-based crowdfundind platform, has lowered the barrier to entry to the board games industry, rewarding tabletop games more than their digital counterparts. One of the best examples of this is the game Kingdom Death Monster, which is still the fourth most successful project of all times on the platform, since it ratcheted up $12.4 million (€ 11.2 million) in November 2016.

Several other board games did manage to raise more than $5 million, but Cards Against Humanity remains the best case of the systemic change possible through crowdfunding: It is an independent game created by eight American students as a New Year's party game launched through an average campaign on Kickstarter, and is now one of the most popular games around. 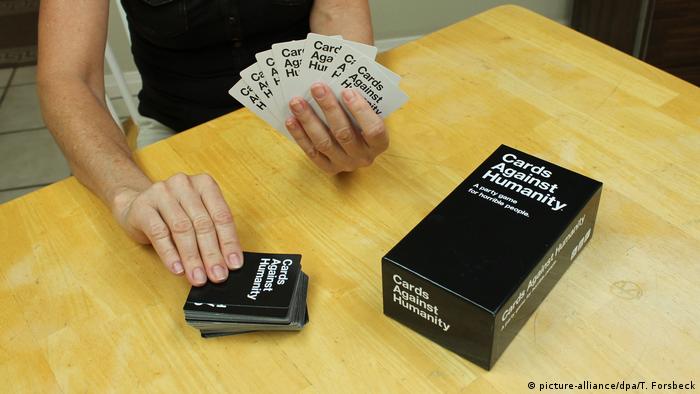 "Many people, regardless of their nationality are trying to socialize. There are many meetups and game gatherings, in English or German. In every neighborhood of Berlin there is one," Josef Anders, owner of Brettspielgeschäft.Berlin, a store selling board games, told DW.

Some gatherings are for free, some places ask for a euro per hour, some pubs and cafes simply request gamers to buy a drink.

"Miniature games with complex strategies and/or dark humor in general tend to be more successful. That's also related to a growth of board games for adults," Anders, the owner of the shop in the central Berlin district of Prenzlauerberg, added. He also mentioned a "drastic" increase in sales, with prices ranging between €5 and €500.

The independents versus big corporations

The ground is very fertile, not just for new retailers, but also for new board game companies. Many are independent. Quite a few are growing solidly. Often even faster than the bigger competitors.

"I think there is less red tape, less checklists and less at stake, especially if you are not a public company such as Hasbro. So an indie company like us can be much more reactive and take more risks. This allows us to try out new angles of games which can cause a new trend," Massimo Zeppetelli, head of marketing for North America at Big Potato Games, told DW.

Zeppetelli recalls the series of innovative initiatives launched by the British company. Big Potato Games has even installed a vending machine with board games in East London. They also organize nights at clients' premises. "We have done 20 events in the last 12 months. Typically the person booking us is 24-35, female and working for a large corporation."

However, big board games companies like Hasbro and Ravensburger maintain a strategic advantage. Their distribution networks are solid.

German company Ravensburger reported in June that it outperformed the market, also as a result of investments made in the United States, where over the last two years it expanded by buying toy manufacturers Wonder Forge and ThinkFun.

"We are implementing our internationalization strategy. In recent years, we systematically expanded in the US. We made investments in the last years. Now we see the results," Katrin Seemann, press officer at Ravensburger, told DW.

Germany in the middle

"In Germany, board games have remained extremely popular owing to the historical connection of board game inventions and a large number of avid followers in the country for the same," elaborated Arizton Advisory & Intelligence, a market research firm.

Germany is one of the top markets, and the country hosting the biggest event in the sector.

"The Essen SpielFair is the biggest meeting point for game fans. This year there were over 210,000 visitors participating. Other famous fairs are the Cannes Games festival in February with more than 100,000 visitors, or the Gencon in Indiana with more than 70,000 visitors," Hermann Hutter, president of the German game publishers association Spieleverlage, told DW.

According to him, board games also have positive ramifications on social behavior. "Playing games can help to avoid conflicts and can train players to learn to lose or to be winners," according to Hutter.

While everybody living in a big city in Europe sees commuters playing video games on public transport, board game addicts are less in the public eye — for now.

Yet board games, like books and vinyls, do provide solid evidence of a growing interest in the "real thing." After years of digitalization, classical forms of entertainment are coming back into vogue. Especially in Christmas, the social dimension of board games is likely to be an additional selling point.

In an unusual Black Friday sale, customers of the card game Cards Against Humanity have paid to watch a hole being dug in the ground. It is far from the first stunt the card game pulled for the US' biggest shopping day. (26.11.2016)

Toys 'R' Us to close all US stores

Once the go-to store for toys, Toys 'R' Us is now set to close more than 700 stores, affecting some 30,000 employees. The company sold major brands including Barbie maker Mattel, Lego and board game company Hasbro. (15.03.2018)