The market for electric cars and hybrids grew by 37 percent in 2016. BMW has made e-car production a priority, and now enjoys a market share of 7 percent, behind Tesla and market leader BYD from China. 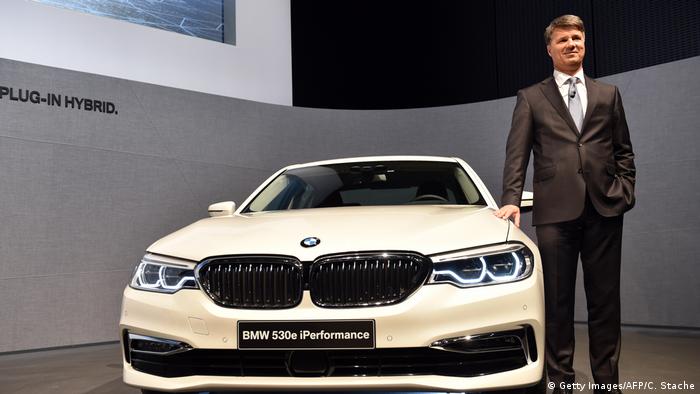 German car giant BMW is now the world's third-largest manufacturer of electric cars, according to a report in German business magazine "Wirtshaftswoche."

With a 7-percent share in 2016, BMW gained ground in the e-car market, which is led by Chinese manufacturer BYD (13 percent) and US company Tesla (9 percent).

BMW used its annual meeting earlier this week to reveal its plans to build more SUVs, whose total sales numbers are relatively small but profitability is quite high, to fund their efforts in the e-car market across their three premium brands - BMW, Mini and Rolls-Royce.

"We will prioritize the top end of the premium segment," BMW CEO Harald Krüger said in Munich.

"The all-electric Mini and the all-electric BMW X3 will mark the beginning of the second wave of electrification for the BMW Group, benefiting from the ongoing technological progress we are making in this area," he added.

BMW, which has risen from sixth to third place in the e-car rankings, has moved in the opposite to another household name in German car manufacturing.

Volkswagen, who were forced to pay a $14.7 billion fine last year for its role in the emissions scandal, recorded a drop in e-car sales in 2016 and saw its market share shrink to 5 percent.

The global market for electric cars and plug-in hybrids grew by 37 percent in 2016, according to the study.

The strongest market is Norway, where around 24 percent of all newly registered vehicles had an electric drive in 2016. China leads the way in absolute sales figures, with 352,000 vehicles sold in 2016, an increase of 69 percent on the previous year.