Blogger killings leading to ′self-censorship′ in Bangladesh | Asia | An in-depth look at news from across the continent | DW | 03.05.2016

A series of ghastly attacks on bloggers in recent months has showcased the deteriorating state of freedom of expression in the country. Experts say people are now feeling more threatened to express their views online. 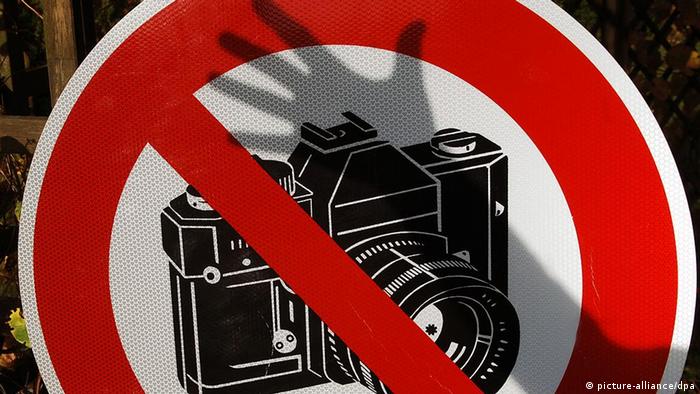 Three activists, a university professor, and a Hindu tailor have been hacked to death by machete-wielding killers in Bangladesh in recent days.

Local media have reported about at least 34 attacks of a similar pattern in the last 14 months that took 35 lives and injured 129 people. While radical groups claimed responsibility for those killings, the government of the South Asian country has so far denied any presence of international terror outfits on its soil.

Bonya Ahmed, a prominent blogger, isn't hopeful that the killing spree in the Muslim-majority country will stop anytime soon.

Speaking at the annual technology conference re:publica in Berlin on May 2, she said, "the writers and activists who were killed in the past few months had wanted to establish equal rights for women, minorities and LGBT population in the country, some of them had criticized religion including Islam for its fundamentalist views."

My Picture of the Week | Attacks on Liberals in Bangladesh

Ahmed also criticized the nation's politicians, including the prime minister, for making comments that appeared to blame the victims for the killings.

As attacks on bloggers and activists have intensified, Bangladesh has slipped in international press freedom rankings.

Benjamin Ismail, head of Paris-based Reporters without Borders' Asia-Pacific desk, says the situation of press freedom in the country is extremely concerning. "The many assassinates and attacks of the last two years have provoked a sharp increase of self-censorship among journalists and bloggers. If the government continues to refuse to react firmly and significantly, what were already sensitive subjects to cover will become irreversible taboos," he underlined.

Arrests made over Hindu tailor's murder in Bangladesh

Authorities in Bangladesh have arrested three men suspected of involvement in the killing of a Hindu man. The so-called "Islamic State" had claimed responsibility for the killing as country reels from extremist violence. (02.05.2016)

A spate of recent killings of secular bloggers and activists has spotlighted the growing sense of insecurity in Bangladesh. Professor Ali Riaz explains the reasons behind the attacks and the government's inaction. (28.04.2016)

Faheem Hussain, a researcher of social media and assistant professor at the State University of New York in Korea, believes Bangladeshis, in general, are feeling less secure to express themselves either online or, to some extent, offline due to the recent gruesome killings. "This sense of insecurity is transcending from individual level towards online and offline media as well," he stressed.

Bonya Ahmed, who is a member of the jury panel for DW's annual contest The Bobs - Best of Online Activism, also lambasted Bangladesh's Information and Telecommunication (ICT) Act, arguing that it was being used to muzzle free speech in the country.

"The newly amended ICT act has made the criticism of religion on the Internet punishable with up to 14 years of imprisonment," she told DW. "The ICT act is being widely used to persecute and harass critical writers, bloggers and journalists. Police have arrested numerous bloggers, writers, journalists and publishers under this law," she added.

This view is shared by analyst Hossain. He believes liberals in the country are facing threats from both the government as well as the extremists. "As a result, people in Bangladesh are now feeling threatened to express themselves, particularly online."