A spate of recent killings of secular bloggers and activists has spotlighted the growing sense of insecurity in Bangladesh. Professor Ali Riaz explains the reasons behind the attacks and the government's inaction. 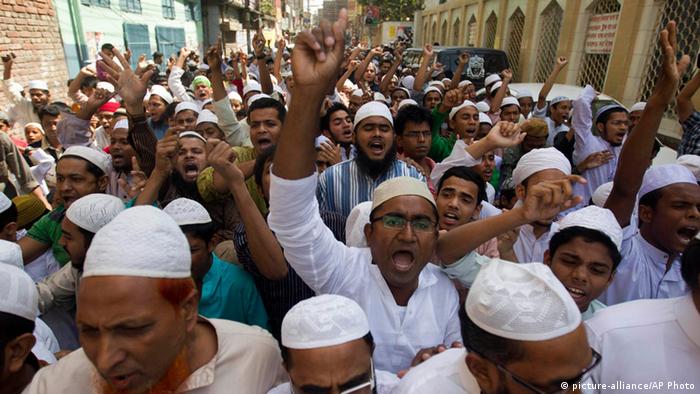 A sense of insecurity is palpable in Bangladesh. According to press reports, at least 34 attacks have been perpetrated by militant groups in Bangladesh costing 35 lives and injuring 129 people in the past 14 months. Victims include members of religious and sectarian minorities, two foreign nationals, a Christian convert, a number of online social activists, bloggers, self-proclaimed atheists, publishers, an LGBT activist and a university professor.

Before this series of incidents, a self-proclaimed atheist blogger was hacked to death in February 2013 and a secularist professor was killed in November 2014. Despite repeated incidents, claims of responsibilities by transnational terrorist groups and a clear pattern of attacking advocates of unorthodox views, the government continues to deny the existence of AQIS and IS in Bangladesh.

The official explanations for these incidents have been quite confusing and somewhat contradictory. On the one hand, the government has insisted that these are unrelated incidents and that they do not pose any challenge to the security of the country; on the other hand, it has claimed that these are "homegrown" militants who are engaged in these heinous acts. 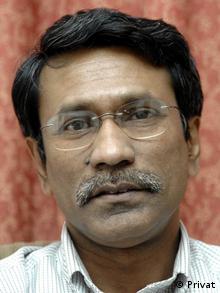 Riaz: 'Restrictions on freedom of expression imposed by the state have become the hallmark of the country in recent years'

While the country's home minister does not see any cause for concern for the safety of citizens, the chief of police has asked the citizens to create their own "security circle."

While these incidents created a fearful environment within Bangladeshi society, the ruling party leaders - including Prime Minister Sheikh Hasina - have engaged in "blame game," pointing fingers at the opposition Bangladesh Nationalist Party (BNP) and its ally, Jamaat-e-Islami (JI).

The self-proclaimed atheist bloggers were the first victims in 2013, but since then the circle of victims has widened. Many Bangladeshi bloggers have now fled the country, and those remaining have decided to become silent. While the security situation has worsened, the government's position with regard to the bloggers and freethinkers has shifted.

The comments made by the ruling party members and law enforcement officials in the past year have practically put the blame squarely on the bloggers. For instance, after the brutal killing of online social activist Nazimuddin Samad early this month, the home minister stressed the government would scrutinize the writings of Samad to see whether he had written against Islam.

Gone are the days when the prime minister would have rushed to the home of a slain blogger and declare him a martyr, as PM Hasina did when Rajib Haider was killed in February 2013. Two years later, when Avijit Roy was murdered, her phone call to Avijit's father was kept secret from the press. After the murder of Niladry Niloy in August 2015, the Inspector General of Police advised the bloggers not to write blogs that may hurt religious sentiments.

Subsequently, the prime minister and the home minister essentially echoed the position, particularly when the PM said the government "won't allow anybody to hurt religious sentiments." And the PM's latest comment that the government would not take responsibility for "untoward incidents" resulting from "objectionable" comments of bloggers sends a very chilling message.

These developments have raised two related questions - why are these killings taking place? Why is the government hesitant, unwilling or unable to do anything?

The primary reason for this spate of killings is the extant culture of impunity. Despite so many incidents, public outcry and serious criticism at home and abroad, there has been little progress in bringing the perpetrators to justice. Only one case involving the murder of a blogger has so far seen a verdict.

But importantly, the activists of the ruling party have been enjoying a free ride in recent years. It has contributed to the serious deterioration of law and order in the country. As confidence in law enforcement agencies among common citizens has eroded, and these agencies have been used for political gain by the ruling party, militant groups have found space to proliferate.

It is no surprise that international terrorist organizations are trying, and perhaps succeeding in drawing people into their folds. It is not only the intellectuals, atheists and freethinkers who have become the targets of attacks and killings, but also incidents of extrajudicial killings, enforced disappearances and custodial deaths have increased dramatically.

'We should create a platform to support secular activists'

Bangladesh has seen a surge in violent attacks in recent months in which liberal and secular activists and bloggers have been targeted. Lawyer Sara Hossain tells DW it reflects a failure of the nation's justice system. (27.04.2016)

Rights groups have urged the Bangladeshi government to do more to stop the killings of secular activists by Islamist militants. Unknown assailants burst in and hacked two men to death in a Dhaka apartment on Monday. (26.04.2016)

A day after the killing of a university professor, renowned Bangladeshi blogger Imran Sarker was also threatened with murder. He talks to DW about the death threats he has faced and the current situation in the country. (25.04.2016)

Political violence, especially infighting among various factions of the ruling party, has become routine. All of these developments have contributed to an environment of fear and impunity. Restrictions on freedom of expression imposed by the state have become the hallmark of the country in recent years, particularly since the controversial election in 2014.

Legitimate criticisms of the government are portrayed as a threat to the regime. And section 57 of the Information and Communication Technology Act has been used to silence the critics of the government. It is also used almost as an anti-blasphemy law.

Although militant groups are not new to Bangladeshi political landscape, the recent resurgence of the violent extremist groups can be traced to deep schisms within society. There is no denying the fact that for decades, there have been deep differences of opinion among various sections of society on the role of religion in politics and the public sphere.

But it also needs to be acknowledged that the schism has been increasing in the past years through intolerant rhetoric.

The resuscitation of the Hefazat-e-Islam in 2013, the efforts to use this obscurantist group for immediate political gains by the ruling party and the opposition, encouragement of various Islamist groups as an antidote to one another have deepened the schism at a time when the space for open discussion on religion and secularism has been severely curtailed.

The ongoing war crimes trials, particularly the violence perpetrated by the JI to oppose these trials and save its leaders, is a contributory factor as well. The BNP bears some responsibility as it has not strongly condemned these actions until recently and did not offer a counter narrative in this regard.

In some measures, all these have created an enabling environment. As such, the proliferation of militant groups is tied to the overall political environment.

Why the government is not doing anything?

Many individuals have expressed surprise at the role of the government; they are asking why the supposedly secular Awami League government is apparently unable or unwilling to do anything about it? As the situation, at least in part, is tied to the overall political environment, the answer to the question rests there. It must be explored within the broader context of Bangladeshi politics.

The controversial election of 2014 has produced a government that seems to lack moral legitimacy. For the past several years, it has increasingly become reliant on force, a growing number of extrajudicial killings and heavy handed measures against legitimate opposition parties.

The prominence of the Awami Ulema League, a wing of the ruling party is a case in point. The Awami Ulema League has demanded the introduction of anti-blasphemy laws and harsher punishments for "atheist bloggers" and those who demean Islam and the Prophet.

A note of caution

The recent spate of killings, especially the widening of targets, is a very troublesome development. Continuation of this situation will only embolden those who are perpetrating these heinous crimes.

It is not too difficult to understand that the government's recent statements show that the radical Islamists are winning the "war of rhetoric." The government's words and actions indicate that it is in "denial mode." This situation does not help to confront the growing radicalism.

There is an urgent need to strengthen counterterrorism measures, but counterterrorism efforts without a political program that addresses the enabling environment can only achieve limited success. The solution needs to keep the larger political context in mind.

Heavy handed measures, often directed against political opponents, will only exacerbate the situation and may play into the hands of the militants. The government should not view the call for action against these groups as a license to impose further restrictions on freedoms of expression and assembly.

Instead, reducing schisms in society, encouraging tolerance, ensuring rule of law and building national consensus are the courses of action reqired to move forward and defeat this radicalism.

Ali Riaz is University Professor and Chair of the Department of Politics and Government at Illinois State University, USA. His forthcoming book is entitled, 'Bangladesh: A Political History since Independence' (2016).

Opinion: Vladimir Putin's sham referendums in Ukraine are a sign of weakness 7h ago

Opinion: Italy's shift to the right is dangerous for EU 21h ago