Monday's Bundestag interior committee hearing into why authorities lost track of Amri before he murdered 12 people at a Berlin Christmas market culminated in denials of responsibility among parties within Chancellor Angela Merkel's coalition. 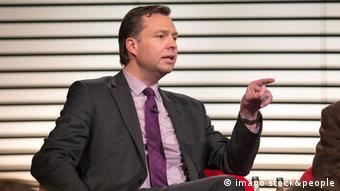 NRW authorities had not pursued an intended expulsion of Amri back to Tunisia during 2016 with the necessary "urgency and vehemence," Mayer told journalists after the hearing, claiming that NRW had not exhausted all possibilities to expel Amri from Germany.

Prosecutors in the Rhine river city of Duisburg, where Amri was registered, had assessed that Amri's collective offences did not amount to grounds for expulsion and identity documents from Tunisia were unavailable, he added.

Up until September, German authorities had the presumed Islamist radical Amri under close surveillance as one of 500 to 600 "Gefährder," a German term for public menace.

When Milan police shot dead the fleeing Tunisian after the Berlin attack, Amri had already spent one-and-half years in Germany, using more than a dozen false identities while active in the drugs scene and listed as a minor offender.

"Errors were made everywhere," said interior affairs spokesman Burkhard Lischka for the SPD's federal parliamentary group in the Bundestag.

"It's of no use, if one wants in the future to prevent such cases, to point [the finger] at others in terms of responsibility," said Lischka.

Opposition Left party parliamentarian Frank Tempel told the press that the exchanges at the hearing between Merkel's CDU/CSU and the center-left SPD reflected "campaigning" in the lead-up to Germany's federal election in September.

Opposition Greens parliamentary group deputy chairman Konstantin von Notz criticized the format of Monday's hearing, saying parliamentarians were hamstrung by not having access to documents on the Amri case. 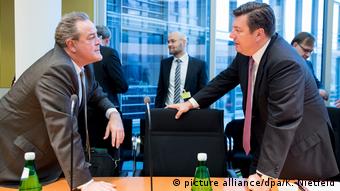 NRW, Germany's most populace state of 18 million, elects its Düsseldorf assembly on May 14. That poll is widely seen as a key sampling ahead of Germany's federal election on September 24.

At a parallel interior affairs committee meeting of the Berlin city-state assembly on Monday, Berlin interior senator Andreas Geisel of the SPD said it was unrealistic to expect round-the-clock observations of 550 Islamist "Gefahrder" in Germany.

For that, 16,000 police officers working in shifts would be required, Geisel said.

"They are not available. And, they will not be provided," Geisel said.

Telephone observation of Amri delivered no insights into his intentions and was therefore ended in September 2016, he said.

Video monitoring of the Fussilet Mosque in Berlin's Moabit district had only "ascertained that an Islamist had gone into a mosque," Geisel said. Doing so were no grounds for arrest.

The chief of Berlin's investigative police bureau, Christian Steiof, said observation of all suspects was "utterly impossible and will never be doable."