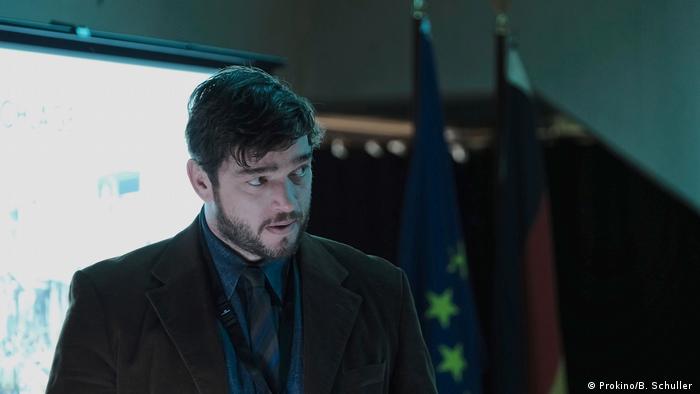 Philipp Leinemann's new film Das Ende der Wahrheit (Blame Game) takes a disenchanted behind-the-scenes look at the inner workings of politics. It's a highly topical and entertaining thriller about the complexity of international intelligence services and their increasing reliance on private mercenaries.

DW caught up with Leinemann after the film premiere at the 40th annual Max Ophüls Preis Film Festival in Saarbrücken.

DW: What was your inspiration?

Philipp Leinemann: I grew up with the Jack Ryan movies [films based on the fictional CIA agent Jack Ryan, the protagonist of a series of books by Tom Clancy — Editor's note] and always wanted to make a political thriller. As a German filmmaker, of course you are obligated to find a German spin to the story, so first I had to find that. My film is about a classic conspiracy that is not resolved in the end, centered on Martin Behrens [played by Ronald Zehrfeld], an agent with the German foreign intelligence service, the BND.

How were you able to research a film that focused on intelligence agencies?

Indeed, how do you take a look at what is secret if it's all so sealed off? There are quite a few frustrated former members of the BND who are willing to talk. I met with one of them — a very conspiratorial meeting — and he told me that the people at the BND are actually pleased about books and films about them, even if they're critical. And then there are plenty of people who talk about their work after retirement, as well as good investigative journalists.

But the film isn't just about the work of the intelligence services — it takes a look at the entire lobbyist network and the structures in the Middle East, a huge network, a mosaic of many small bits and pieces. My protagonist stumbles in and tries to bring light into the darkness. In the end, darkness still prevails.

Does that mean the borders between black and white, between good and evil, are blurred?

When you look at today's political world, at people's voting behavior and their evident anger, this yearning for a black-and-white world order is clearly visible.

But the world has become so complicated and unmanageable; there are no simple answers. And my film doesn't offer simple answers, either — telling you what to do so that everything will be better. Today, everything is interdependent. The world we live in is just too complex.

If you look at the work of intelligence services, at their foreign missions — how should this factor into political decision-making today?

Let's start by remembering how it all began: what started the current chaotic situation in Syria, for instance? It was the 2003 Iraq invasion that enabled the "Islamic State" to rise and gain power. And with the chaotic situation back then, that was something the intelligence services didn't even notice. Perhaps we should stop intervening in other countries and other cultures, without a shred of understanding for these cultures, intervening in these conflict regions with their many different groups.

Libya is another example. We regularly leave things in chaos. Eventually, that catches up with us. Perhaps we should be less actively involved in the foreign policies of other countries — that could be a first step. 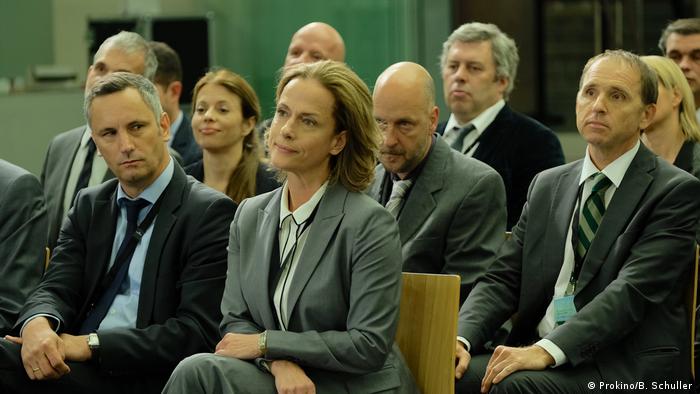 But what about unintended consequences? If the West stays away, won't other countries step in — Russia and China, for instance?

Yes, someone will always move in. One power structure is always supplanted by another. If a state breaks down, many groups emerge to wrangle for power. Unfortunately, that's always the case. We've seen that happen in Somalia and many other failed states. China has been active for years and decades in that respect, almost like a colonial power. Now the Russians have followed suit. It's a form of foreign policy that will have consequences.

But that's not the key issue in this film, which warns of what can happen when you delegate sovereign matters to private security firms. Can we still control them? Who do these groups work for? For their own benefit? For the state? Are they neutral? If the world is at peace, these companies aren't making any money.

Is that the case in Germany?

Everything that happens in the film is based on actual background information and events. The CIA conducted secret operations in Germany, abducting German citizens they regarded as terrorism suspects. The government and the secret services also commissioned private firms to conduct these operations, that were later uncovered by journalists.

The BND knew about this — at least it must have been aware, because it was a classic intelligence operation. German suspects were abducted from Germany and taken abroad. And the German authorities could then wash their hands of the matter.

Blame Game will open in German cinemas on May 9; it has also been sold for distribution abroad. Leinemann is currently working on a new series for Netflix called The Barbarians, about the Battle of the Teutoburg Forest between Germanic tribes and the Romans in the 1st century AD.

Despite the use of several informants, police weren’t able to stop terrorist Anis Amri. Still, authorities continue to rely on such sources. How does it work? What do they get paid? DW asks the experts. (15.11.2018)

The film "Kler" ("Clergy") has only just been released in Poland. Hardly anyone has seen it yet, but already it's adding fuel to the fire in the debate about abuse within the country's powerful Catholic Church. (01.10.2018)