The former British Prime Minister Tony Blair has said he is sorry for mistakes around the US-led military invasion of Iraq. Speaking to CNN, he also conceded that the war may have helped bring about the "Islamic State." 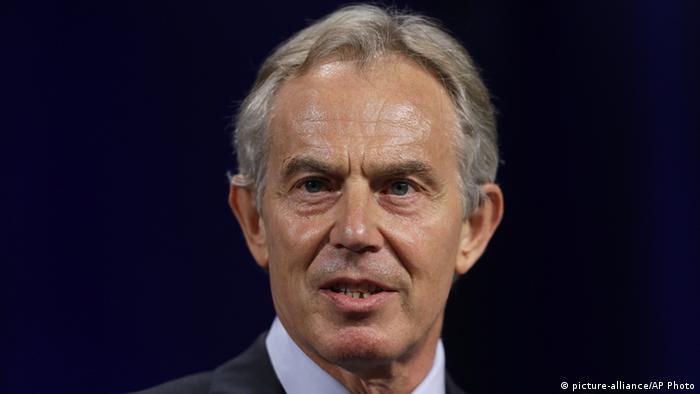 Tony Blair apologized for some aspects of the way the case to invade Iraq in 2003 had been made, admitting in the interview for US news network CNN, to be broadcast on Sunday, that the intelligence used had been "wrong."

"I also apologize, by the way, for some of the mistakes in planning and, certainly, our mistake in our understanding of what would happen once you removed the regime," the former British prime minister said, according to a Press Association report.

He also conceded that there were "elements of truth" to claims that the Iraq war led to the rise of the self-named "Islamic State" (IS) militant group.

Blair, who was in office from 1997 until 2007, added that it was hard to apologize for removing former Iraqi leader Saddam Hussein from power. "You can't say those of us who removed Saddam in 2003 bear no responsibility for the situation in 2015," he said.

His comments come despite previously telling a British parliamentary committee he would not apologize for the US-led invasion, which his government supported politically and militarily. He has repeated his refusal in several subsequent interviews.

Several British media outlets have suggested that Blair gave the interview in an attempt to pre-empt strong criticism of his handling of the Iraq war in a soon-to-be released UK inquiry into the invasion. Blair was twice grilled by the Chilcot inquiry.

Lord Chilcot's report, which is set to be made public next year, is likely to accuse Blair and other senior British politicians of major errors of judgment. His findings were expected to take a year when the report was ordered in 2009.

Last week, a leaked memo suggested that Blair had signed up to the war a year before it began.