Damaging particulate pollution has been found on the fetus-side of placentas in pregnant women. However, some researchers question whether this actually means it can cross the placenta barrier. 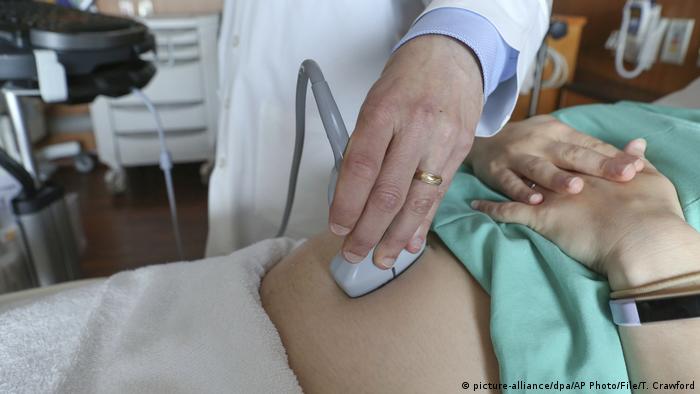 Pollution emitted from vehicles, factory smokestacks or coal power plants may be able to penetrate the placenta in pregnant women, researchers said on Tuesday.

Black carbon particles were discovered on the fetus-facing side of placentas, according to a study published in Nature Communications.

"Our study provides compelling evidence for the presence of black carbon particles originating from air pollution in human placenta," the authors said.

The study found the concentration of particles in placentas was highest for women most-exposed to pollution in their day-to-day lives.

Researchers from Belgium's Hasselt University used a novel scanning technique to search for soot-like black carbon in the placentas of 28 new mothers. They were hoping to shed light on how exposure to the tiny particles lead to premature births and low birth weight.

Scientists led by Tim Nawrot said the results showed that "black carbon particles are able to translocate from the mothers' lungs to the placenta." There was no evidence of pollution particles in the fetus itself.

However, a leading placenta expert who wasn't involved with the new research cautioned that the results are not proof the soot actually crossed the placenta to reach the fetus — or that it's responsible for any ill effects.

Still, "just finding it at the placenta is important," Dr. Yoel Sadovsky of the University of Pittsburgh Medical Center told the Associated Press. "The next question would be how much of these black carbon particles need to be there to cause damage."

The placenta nourishes a developing fetus and shields it from damaging substances in the mother's bloodstream.

Paris' deputy mayor has spoken out about rising concerns of lead poisoning surrounding Notre Dame after a massive blaze melted significant parts of the cathedral. "The city is not going to take any risks," he said. (06.08.2019)

Germany's coal commission could make an announcement this week as to when Germany should give up coal for good. Here are the most important facts you need to know about Germany's exit from brown coal. (24.01.2019)

Nord Stream 2: US hits Russia ship with sanctions 50m ago

Bavaria mandates FFP2 masks, all of Germany may follow 3h ago