When a white woman called the cops on an African American bird-watcher in New York, a group of Black nature lovers pushed back. They launched #BlackBirdersWeek, a campaign to encourage birding among people of color. 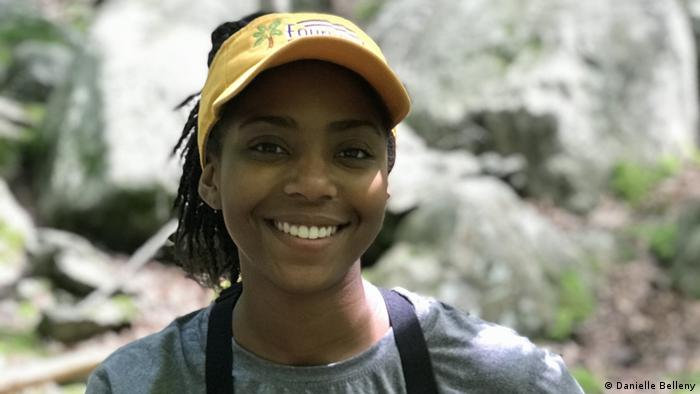 Earlier this year, an incident in New York's Central Park sparked a conversation in the US about racism and discrimination in the outdoors. A white woman called the police to report a Black man, Christian Cooper, an avid bird-watcher, after he asked her to put her dog on a leash. Footage of the encounter quickly went viral online.

The video prompted a group of Black scientists, birders and outdoor enthusiasts from the collective Black AF in STEM (Science, Technology, Engineering and Mathematics) to start a campaign celebrating Black birders and affirming their right to enjoy nature without experiencing racism.

They launched the first ever #BlackBirdersWeek from May 31 to June 5, holding a series of virtual events and using a different hashtag on social media each day, such as #BlackInNature, #AskABlackBirder and #BlackWomenWhoBird. DW spoke to one of the project's co-founders, wildlife biologist and bird lover Danielle Belleny.

DW: You and others from the group Black AF in STEM launched #BlackBirdersWeek earlier this year. Could you tell us what the campaign is all about?

Black AF in STEM is a group of unapologetically Black and proud scientists from all kinds of backgrounds, but a lot of us are geared towards the natural resource sciences and work outdoors. So when we saw this racist experience that Christian Cooper, a Black man, faced while he was bird-watching, we figured that could happen to any one of us.

A number of us have actually had experiences like that where the cops have been called on us while were bird-watching or even at our jobs. So we wanted to address that incident pretty quickly. As people who work outdoors, we're scrutinized a little bit differently than people who might work at a lab. We wanted to protest, but also find community, in the fact that we enjoy this type of job and this type of recreation.

What has the response been to #BlackBirdersWeek overall and were you surprised by any of it?

Yeah, I was definitely surprised by the response. We went worldwide with our reach. And I really didn't think that was going to happen because people make hashtags all the time. Then suddenly it picked up steam, the press wanted to talk to us and people wanted to collaborate. We had no idea this type of power would be created by this form of protest and also the sharing in Black joy. We love being outdoors, we just want people to not do racist acts towards us. We want people to be more inclusive in the outdoors and be more mindful of how their actions can deter a lot of people from enjoying it.

Black people also reached out to us from other countries, saying, "Thank you so much for doing this. Because of this, I've been able to find people in my community that are also interested in these things." And it just makes me so happy because this is exactly what we wanted to do.

You are a wildlife biologist, and clearly being outdoors is a very important part of your life. If you're comfortable sharing, have you experienced racism in the outdoors and has it ever impacted your fieldwork?

I definitely have. I've been one of those unfortunate people who has had the cops called on them. It was my first job as an undergrad, too, so I was especially scared when the cops showed up.

I was trying to find bobcats inside of San Antonio, Texas. And in order to do that, I had to set up these motion-sensor-detecting cameras on trees in urban areas. So I was just walking around setting up cameras and testing them out. And in one of these areas, someone called the cops. I remember just shaking, I was almost in tears. It was just nerve wracking because it was also just after Trayvon Martin was murdered. So I had those thoughts run through my mind. It was terrifying.

What constraints do you feel as a person of color in the outdoors? And are there precautions you take to stay safe?

Usually it has to do with my binoculars or the other weird-shaped gear that I carry that someone might perceive as some sort of weapon. If you're unfamiliar with who I am and the equipment I have — like the receivers that I use to find the birds that are radio transmitted — that might be perceived as a threat. So I'm extra cautious and I'm always bubbly and ask: "Do you have questions?" I try to be open so that I'm not seen as something to be fearful of.

I also research places before I go bird-watching. So I think, "Is it safe for me to go birding here?" What if they have someone who might harm me? What if there is a clan? What if there's a racist group of people who might see me and confront me? I don't want that to happen. It's just not a pleasant experience. Not that I'm afraid of racists. It's just that I don't want to find racism attracted to me.

And what can all of us, but especially white people, do to help make the outdoors more inclusive and welcoming to everyone?

A smile always goes a long way. If you see somebody on a trail, just ask, "Hey, have you seen anything cool?" And that usually leads to a mutual nerding out about some cool things you've seen. And if you're in a position of power, then also help out other people who may not get the shine they deserve — pass on opportunities, work on collaborations together. I've seen that happening more lately, and it's life changing.

A lot of companies have come out in recent months saying they stand with Black Lives Matter protesters. The outdoor community in particular is often portrayed as a very white community, even though that's an inaccurate representation. What would you like to see among outdoor companies?

It's clear that they don't have Black people on their teams, so I think it starts off with having Black voices actually inside those offices and inside those spaces, because then we'll see changes happening down the line. Then we'll see black people in ads. But also if you already have Black people inside, don't rely specifically on those people to make your diversity better. I think you need to hire somebody who is trained in improving diversity that will make that actually happen.

What sort of change do you hope to see with #BlackBirdersWeek movement in the years to come?

I want everybody who's Black to start winning more. That ties back into how can white people, not just Black people, help Black people in these spaces. It's that idea of partnerships and passing on opportunities. I want that to happen. And I hope that next year's Black Birders Week won't have to be started off because of a racist experience that we all relate to. I hope we can all just have a joyous week while also raising awareness, and that it won't necessarily be attached to the kind of trauma we had with Christian Cooper and Amy Cooper [the woman who called the cops, no relation to Christian Cooper] in Central Park. I just want more Black joy, and to hear more stories from people all over the place. 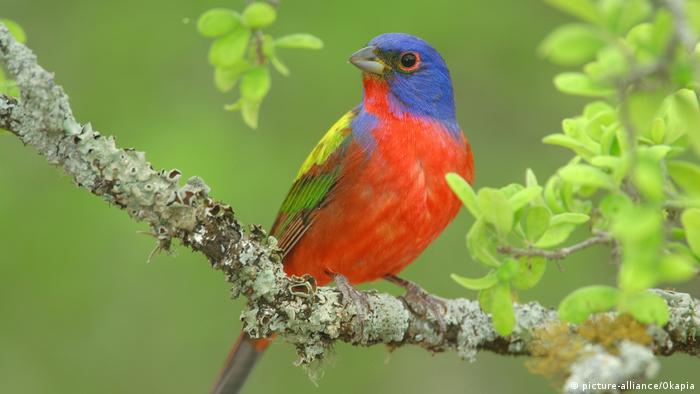 Danielle Bellemy loves looking at all kinds of birds, but her favorite species is the painted bunting

Finally, do you have a favorite bird?

I definitely do. I was reluctant to say at first that I have a favorite bird because it used to be so hard to pick a favorite. But my favorite bird is the painted bunting. It's a bird from central Texas. I see it in my backyard in San Antonio. And basically it's like if someone gives you four crayons — a red one, a yellow one, a green one and a blue one — and then says, "Ok draw a bird." That's what it looks like. This bird should be sponsored by Crayola!

Great tits, Himalayan snowcocks, rough-faced shags, brown tremblers. Those are just some of the species thousands of birdwatchers may catch sight of for this year's biggest birding event.

Colombia teems with birds, but until recently fighting between the government and guerilla groups scared visitors away. Now, former war zones are fast becoming bird-watching hotspots. And that could help preserve them.

Berlin attracts more nightingales than almost any other European city. Although it's not an urban species, the little bird with the big voice seems to thrive in Germany's hectic capital.