Bitcoin loses a fifth of its value in a single day | Business | Economy and finance news from a German perspective | DW | 22.12.2017

Bitcoin loses a fifth of its value in a single day

The price of the virtual currency slumped nearly 20 percent on Friday amid expanding losses that set Bitcoin on track for its worst week since 2013 after peaking close to $20,000 last Sunday. 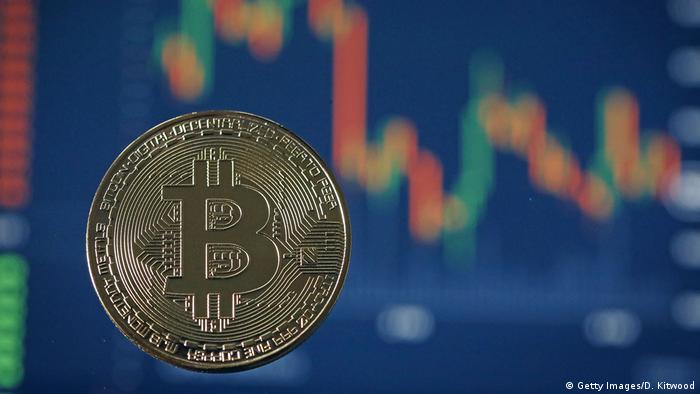 Other major digital currencies also tumbled, according to OnChainFX which tracks the digital assets. Ethereum, the second-largest cryptocurrency by market capitalization, was 26 percent lower at $641.65 while "Bitcoin cash" fell 38 percent.

Charles Hayter, founder and chief of industry website Cryprocompare in London, described the downturn as a change in "emotional sentiment" that had prompted the "manic upward swing by the herd" before.

"With the end of the year in sight a lot of investors will be taking profits and saying thank you very much and closing their books for the holiday period," he said.

Bitcoin, which is biggest and best-known cryptocurrency, had seen a staggering twentyfold increase since the start of the year, climbing from less than $1,000 to as high as $19,666 on the Luxembourg-based Bitstamp exchange on Sunday and to over $20,000 on other exchanges.

From boom to bust?

Surprisingly, the crash came after the launch of Bitcoin futures on the US-based CBOE Global Markets exchange, which was seen as a signal that the cryptocurrency is creeping into the mainstream market. Rival exchange operator CME Group has also opened trading in Bitcoin futures this week.

But warnings about the risks of investing in the volatile and unregulated market have continued to become louder. Denmark's central bank governor called Bitcoin investment a "deadly" gamble, and the Financial Industry Regulatory Authority in the US warned investors against "potential scams" with regard to companies that are suddenly adopting Bitcoin strategies.

Moreover, South Korean cryptocurrency exchange Youbit said on Tuesday it is shutting down and filing for bankruptcy after it was hacked for the second time this year. The hack came as US company Coinbase, which runs one of the biggest exchanges in the world, said it was investigating staff for insider trading after a sudden jump in the value of Bitcoin cash.

On the same day, the Monetary Authority of Singapore issued an advisory on investing in cryptocurrencies, warning people to act with "extreme caution" and to "understand the significant risks."

As a result of the crash on Friday, the total estimated value of the crypto market fell to as low as $480 billion, according to industry website Coinmarketcap, having neared $650 billion just a day earlier.