Biden thanks Romania for support for new missile defense system | World | Breaking news and perspectives from around the globe | DW | 22.10.2009

Biden thanks Romania for support for new missile defense system

US Vice President Joe Biden spent the second leg of his three-day trip to Eastern Europe in Bucharest, and announced that the Romanian government also supported the new US missile defence system. 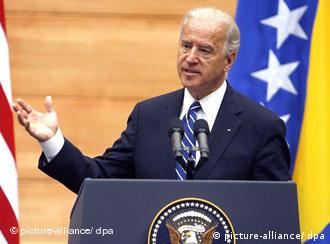 Biden told Romanian President Traian Basescu on Thursday that the new system is better constructed to protect both Romania and the United States. The system replaces a recently scrapped Bush-era plan that would have based planned facilities in Poland and the Czech Republic.

Experts have criticized that details of the shield, named SM-3, remain unclear, though Biden stressed that it would not be targeted at Russia. Its purpose would be to deploy short and medium-range rockets to counter potential threats from Iran. The long-range systems favored by Bush had been considered a potential threat in Moscow. 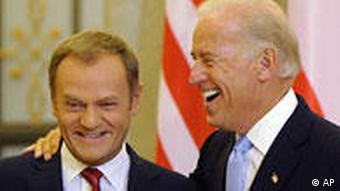 Polish Prime Minister Donald Tusk described the SM-3 system as "very interesting, and needed," during Biden's visit to Warsaw on Wednesday, and Biden reported that the Romanian government had also embraced the system. Biden is scheduled to travel to Prague on Friday.

In an address to Bucharest University, Biden said the "new missile defense architecture ... will protect all NATO allies, including all central European NATO members" and would provide "stronger, smarter and swifter defenses."

NATO defense ministers are to meet in Slovakia on Friday where US Defense Secretary Robert Gates is set to brief US allies on Washington's new plans.

Biden was quick to dismiss criticism that eastern Europe was being sacrificed in favour of appeasing Russia. "Some jumped to the conclusion that this new approach was designed to appeal to Russia at the expense of central Europe. They are wrong. Missile defence is not about Russia," Biden said.

But Biden admitted that Washington continued to have "disagreements with Russia on matters of principle" and was "against the notion of 'spheres of influence'." 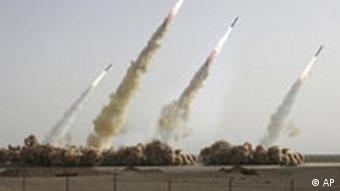 Poland and Romania as guides to democracy

Biden also used his Bucharest speech to urge countries in eastern Europe that threw off communism 20 years ago to guide other countries which are still fledgling democracies to stability.

"In Eastern Europe, there are countries still struggling to establish fully functioning democracies and vibrant market economies," he told his Romanian audience, "You can help guide Moldova, Georgia and Ukraine along the path to stability and prosperity."

Biden also outlined a larger vision of a continent of democratic free markets that stretched even further east and even further into the future. "Destroying old oppressive regimes is easier than building new flourishing democracies", he continued, "There is much work to be done in Armenia, Azerbaijan and Belarus."

US Vice President Joe Biden has started his trip to eastern Europe with a stop in Poland. Ahead of the trip he reassured Warsaw that US attempts to mend relations with Russia won't affect the security of eastern Europe. (21.10.2009)

Despite the scrapping of US eastern European missile defense plans, Vice President Biden's trip to eastern Europe presents fresh alternatives and confirms its security concerns are still a US priority (19.10.2009)