The US president has said China was blocking "critical information" after American intelligence agencies published an inconclusive report about the source of the coronavirus. 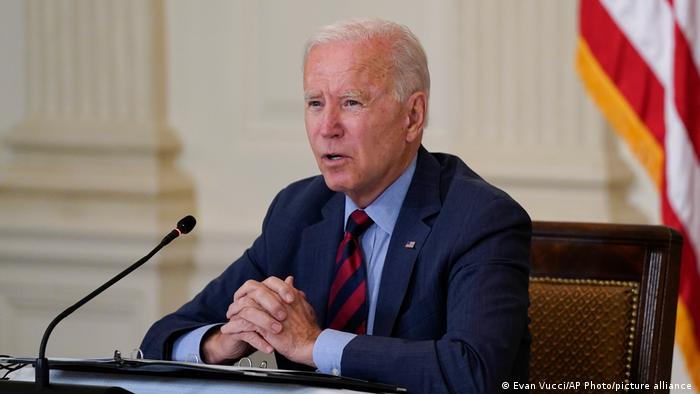 US President Joe Biden on Friday said Washington and allies would continue to press the Chinese government for answers about the origin of the coronavirus.

China had accused the US of playing politics over a probe into the source of COVID-19. And a World Health Organization-led report had ruled out a laboratory leak to have caused the outbreak.

But US intelligence agencies said in a report published Friday that support from China was needed to settle the debate.

Biden, who received a classified report earlier this week summarizing the investigation he had ordered, accused China of deliberately preventing access to information.

"Critical information about the origins of this pandemic exists in the People's Republic of China, yet from the beginning, government officials in China have worked to prevent international investigators and members of the global public health community from accessing it," Biden said in a statement.

"To this day, the PRC continues to reject calls for transparency and withhold information, even as the toll of this pandemic continues to rise," he added.

What did the US intelligence report reveal?

The US intelligence community released the highly anticipated report on Friday. It failed to present a clear conclusion.

The report said both animal-to-human transmission and a laboratory incident were "plausible hypotheses." However, the intelligence agencies "remained divided" on the most likely origin of COVID-19.

According to the report, Chinese authorities had no knowledge of the virus before the first outbreak. It also ruled out that the virus was developed as a "biological weapon."