Beware of bears in Berlin

It may be Easter, but forget the bunnies for a while and take no heed of spring chicks. For Berliners, the animal that really matters is the bear. 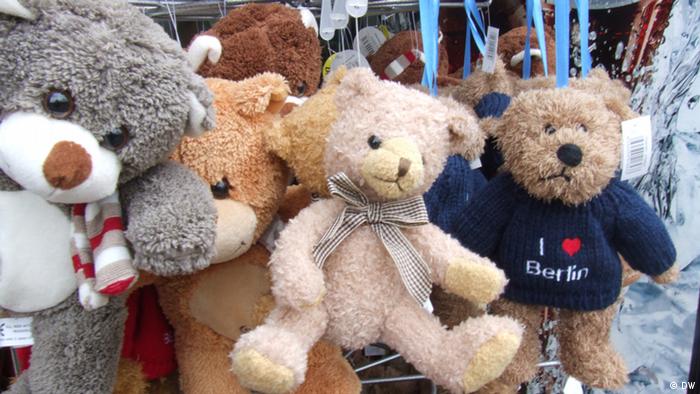 It is nearly impossible to walk around Berlin without spotting a bear - as a heraldic emblem carved into a stone plaque on a building, a garishly colored statue decorating the street, or even a fluffy souvenir hanging outside one of the many tourist shops on the Unter den Linden boulevard.

But why is the bear such an important symbol for a city that has no real bears? If Berlin were located in Canada or Russia, it would be much easier to understand the connection to the animal - grizzly, brown or otherwise - that roams in the wild.

Once upon a time… 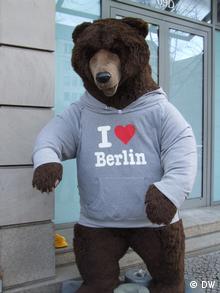 In fact, Berlin's fierce mascot dates right back to the very beginnings of the city's history in the Middle Ages, when bears were still a fixture of northern German wildlife. The twin towns of Cölln and Berlin were founded on opposite banks of the River Spree in 1237 and 1244 by two grandsons of Albert the Bear, the first Margrave of Brandenburg.

While the origins of Albert's nickname have been lost in the mists of time, it seems fair to assume that the warlord who crusaded against local Slavs and encouraged the area's repopulation with German Christians would have reveled in his association with the noble and fearsome beast.

The earliest evidence of the bear as a symbol of Berlin is a heraldic seal from 1280, nearly two decades before the town was united with Cölln, marking the birth of the city we know today as Berlin.

Until around 300 years ago, bears could still be found in the forests of Brandenburg near Berlin, but sadly they gradually disappeared due to urban expansion and hunting. Not only in the capital but in all of Germany, bears are so non-existent that, when one decided it was time to try to reintroduce his species back into Germany in 2006, things did not go well.

Bruno - the first brown bear to be spotted in Germany in 170 years - became world famous when he started making trouble in Bavaria in southern Germany, killing sheep, stealing honey and getting up to all kinds of other bear-like mischief.

Bruno was shot dead in June 2006 - a stark message to all bears looking to visit Germany. 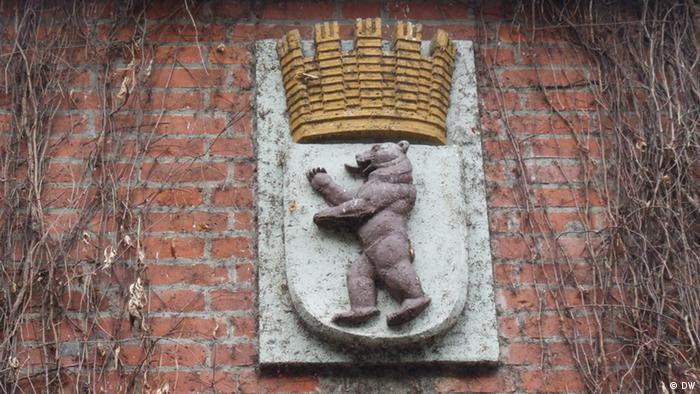 One of Berlin's most famous and beloved residents of recent years was Knut the polar bear, who was born at Berlin Zoo and captured the heart of the nation until his death just last year.

After the cute cub was rejected by his mother, he was raised by human hand. Knut became a major tourist attraction in his own right and delighted the public who followed his antics in the pages of German newspapers. The four-year-old polar bear suffered a brain spasm and drowned in the pool in his enclosure last March.

What many Berliners do not know, however, is that Berlin has its very own city bear - a real live European brown bear - living in a small enclosure right next to a children's playground in Köllnischer Park. Thirty-one-year-old Schnute is the German capital's official bear and lives with her daughter, 26-year-old Maxi.

When I first heard the unlikely tail about a bear pit in the middle of the city, I just couldn't believe my ears and told my friend that I thought she was making it up. I had to go see it with my own eyes.

The inauguration ceremony of the bear pit took place in 1939, during the period of Nazi rule, as part of ongoing celebrations of the 700th anniversary of the bears as the heraldic symbol of Berlin. 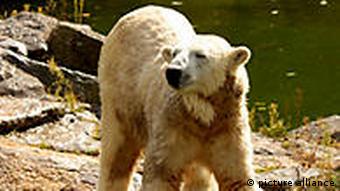 Knut was mourned all over the world

Chairwoman of the Friends of the Berlin Bear, Christa Junge, said that it was a difficult time for Berliners and they wanted something to love as a living representative of the their otherwise intangible mascot.

Up until a couple of years ago, people gathered around the enclosure at 12:30 pm every day to see the bears as they were led out to be fed by their keepers. According to Junge, that practice is no longer carried out and that the animals can now choose when they go out of their enclosures.

Animal rights' campaigners have criticized the pen and made efforts to get the bears moved to a location with more space, while the Friends say that less active older bears are happy in the enclosure, but their younger counterparts should be kept elsewhere.

For now, it looks as if the carnivores will be staying in the city as the most recent symbol of a long bear tradition.

Playing for love, not money in Berlin

Grieving Knut fans gathered in front of the Berlin Zoo Saturday to protest plans to stuff the late polar bear. An investigation has determined that Knut drowned in his pool after suffering a virus-induced brain spasm. (04.04.2011)