After a messy Election Day that saw ballots moved around the German capital during a marathon, the results are to be reviewed — focusing on two districts. 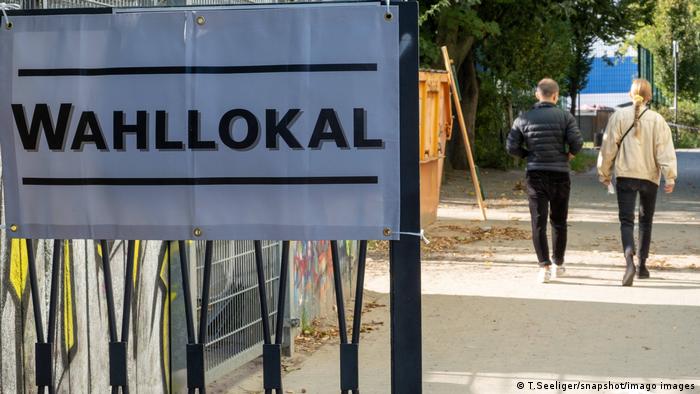 Berlin held three elections and a referendum on the same day

In a sitting of the state election committee, Berlin's state returning officer, Petra Michaelis, who has already handed in her resignation, said violations of election rules in two districts could affect the results, and referred the issue to Berlin's state Constitutional Court. The court will now decide whether the elections need to be repeated in the two districts.

Berlin held elections at federal, state and local council levels on September 26, as well as a referendum on socializing housing owned by major companies. Many voters in the German capital waited for hours at polling centers as election volunteers ran out of ballot papers, while there were also reports of loopholes left open that permitted minors to vote.

Efforts to send ballots from polling stations that had ballots to polling stations that did not were delayed by street shutdowns for the Berlin Marathon, which was scheduled for the same day. The poor election planning attracted criticism on social media as Berliners were forced to wait in long lines to cast their votes — and dealt a blow to Germany's reputation for electoral efficiency.

The head of the Organization for Security and Co-operation in Europe's election-monitoring team, Lolita Cigane, previously said the OSCE had "noted" the problems in the Berlin polling centers. The OSCE has yet to issue its full report on the election. Roughly one in 10 polling centers — 207 out of 2,257 — had election irregularities. That represents over a hundred more stations than Berlin's interior minister said in an initial report last week.

"That is a number that should scare and frustrate us all," Michaelis said previously. She has resigned following the failures.

Michaelis asked the court to review the results in Constituency 6 in the western Charlottenburg-Wilmersdorf district and Constituency 1 in the eastern Marzahn-Hellersdorf district. Because of the small difference in votes between the first- and second-place candidates, Election Da issues could have affected the result. Michaelis mentioned the issuing of incorrect ballot papers and the temporary closing of polling stations because of shortages of ballot papers as issues. The court will now decide.

The lack of automatic procedures in case of close elections has slowed proceedings. In some countries close results automatically trigger recounts and review processes. In Germany those processes have to be initiated.

There have been some calls for the entire vote to be repeated. "In the Berlin election for the House of Representatives, I see objective violations of the electoral law," the chairman of the Bundestag election review committee, the Christian Democrat Patrick Sensburg, told the German Heilbronner Stimme newspaper.

In the current results, the Christian Democrats finished third in the Berlin state election, after the Social Democrats and the Greens.