A museum at Germany's Charite hospital and medical school has said it would return the skulls of 18 Aboriginal Australians taken to Germany more than 100 years ago. 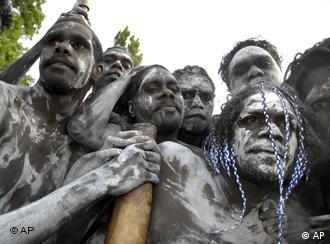 The ambassador said the repatriation came from "an impulse for reconciliation"

Officials at Charite's Medical History Museum said they are unsure how the human remains made it into their anthropological collection, but added they would work with Australian scientists to determine where the skulls will be sent from Berlin.

Ian Kemish, Australia's ambassador to Germany, said Thursday, Nov. 14, that the move comes from "an impulse for reconciliation."

Apart from scant notes made over a century ago in the museum's archives and on the skulls themselves, little is know about the remains.

"We welcome the initiative for an appropriate return and contribution to a respectful reconciliation with Australia," Charite hospital chairman Karl Max Einhaeupl said in a statement.

The collection is among a dozen in Germany and many more in Europe. Australian diplomats have asked curators to repatriate Aboriginal remains.

In October, Namibia's government also called for the repatriation of dozens of skulls that have been stored in German universities since the colonial era.

The skulls are those of indigenous Ovaherero, known also as Herero, and Nama victims of the uprising of the tribes against German colonial rule between 1904 and 1908.

The repatriation requests had fallen on deaf ears with the University of Freiburg. The university's archive said the human skulls and bones were "cultural heritage."

Namibia's government is calling on Germany to return dozens of skulls stored in German universities since the colonial era. (21.10.2008)