Namibia's government is calling on Germany to return dozens of skulls stored in German universities since the colonial era. 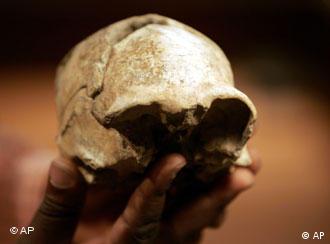 Do university skull and bone collections represent a "cultural heritage?"

The Namibian government in a statement on Tuesday, Oct. 21, said it wants Germany "to pay for the repatriation of the remains and all related costs."

The skulls are those of indigenous Ovaherero, known also as Herero, and Nama victims of the uprising of the tribes against German colonial rule between 1904 and 1908.

Thousands of indigenous people perished as a result of the extermination order of the chief of the German colonial armed forces or Schutztruppe, general Lothar von Trotha.

Numerous prisoners of war died in concentration camps in Windhoek, Swakopmund and Luderitz. The German scientist Eugen Fischer had requested skulls of the dead for research to support his theory of the superiority of the European brain over that of the African.

Universities have not responded 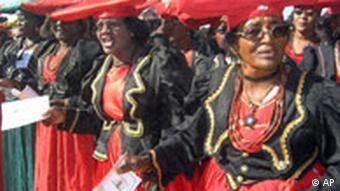 The Herero want the skulls returned for burial

At the end of July, the German public television channel ARD reported that the Berlin Charite medical center alone had an inventory listing 47 skulls from the former German colony.

A request for repatriation of the skulls by Namibia's ambassador in Germany had fallen on deaf ears with the universities of Berlin and Freiburg. The archive of Freiburg University defended the collection of human skulls and bones as "cultural heritage," while the Charite said it did not have enough manpower to review its collection.

Traditional chiefs of the Ovaherero and the Nama asked the Namibian government a couple of weeks ago to facilitate their request for a return of the skulls, which are to be accorded a heroes burial at Heroes' Acre outside the capital Windhoek.

A new study has claimed that the European Union is facing a crisis in the United Nations with its influence in human rights issues being undermined by rising regional powers and disillusioned opponents. (17.09.2008)

Italy Agrees to $5 Billion in Compensation for Colonizing Libya

Italian Prime Minister Silvio Berlusconi said Rome will invest $5 billion in Libya in an effort to turn the page on colonial-era disputes that have weighed on the countries' relations. (30.08.2008)