A legal team is going to New York to prevent the use of evidence provided by Germany in seeking a death penalty. Berlin wants to ensure that promises made by the US are kept if the suspects are found guilty. 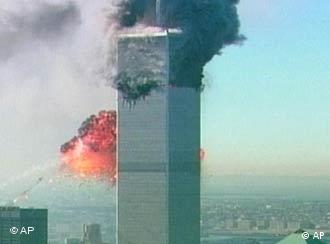 Germany like all of Europe, except for Belarus, has no death penalty

A team of observers from the German government is going to New York to oversee the trial of five suspects accused of orchestrating the September 11 terrorist attacks in the United States, the news magazine Der Spiegel reported on Saturday.

The federal trial of the suspect Khalid Sheikh Mohammed and his four co-defendants was announced on November 13 by the US Justice Department. The government also asserted that it intends to seek the death penalty if the accused are found guilty.

Germany, which does not have a death penalty, provided evidence for the trial on the condition that it could not be used to support a death sentence. Several members of the al Qaeda cell that planned and executed the attacks of September 11 were previously based in the northern German city of Hamburg.

"In this case we will observe very closely that the given assurances are kept," Justice Minister Sabine Leutheusser-Schnarrenberger said.

However it was unclear exactly how evidence from Germany would be distinguished from evidence procured from elsewhere.

The defense lawyer for one of the accused, Ramzi Binalshibh, said that a conviction of his client would "scarcely be possible without evidence from Germany."

Post 9/11, has Europe paid too high a price for security?

In the years following 9/11, the EU introduced a series of new security measures aimed at preventing terrorist attacks. But many experts say civil liberties have been the price to pay for added safety. (11.09.2009)

German authorities have apprehended a man suspected of being a member of a terror cell with links to al-Qaeda that planned attacks against US targets in Germany. (28.08.2009)

Security experts have warned of a possible terrorist threat in the run-up to September's general election. An al-Qaeda commando unit, they say, is believed to be planning attacks in Western Europe, including Germany. (02.07.2009)

Presumed innocent but detained for months pretrial in Germany and EU 08.06.2022

One in five people jailed in the European Union hasn't been convicted of a crime — including 12,000 in Germany alone. Studies suggest that pretrial detention is unnecessary in most cases.

Nagaenthran Dharmalingam, who trafficked a small amount of heroin into the country, was hanged. His case sparked widespread criticism because he was believed to be mentally disabled.

A Turkish court has confirmed transferring the case of murdered journalist Jamal Khashoggi to Saudi Arabia — a move that his fiancee and rights groups warned could lead to a cover-up of the killing.