Long waits at coronavirus testing centers, empty shops and soon reduced service on public transport — in the German capital, infection numbers are exploding and infrastructure challenges are piling up. 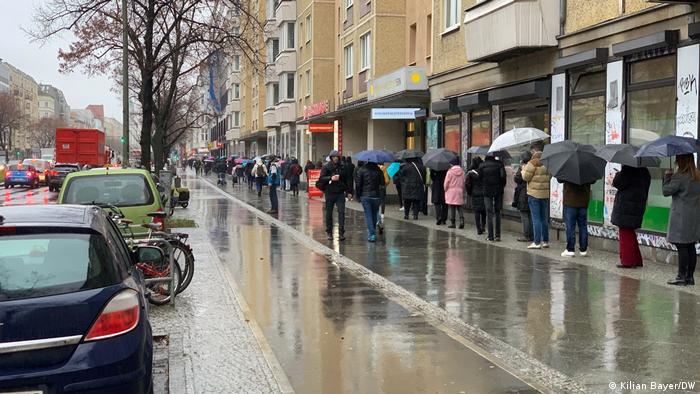 Four young people are sitting outside the registry office in Berlin's Charlottenburg district, wearing thick jackets, holding a bottle of champagne and a small wedding cake. Their loud laughter echoes through the air. Angela and Johannes just got married — under pandemic restrictions, which allow only seven people to attend the ceremony. "We had to submit the registration in writing, and for the wedding we had to be vaccinated, recovered or recently tested," the bride said. The ceremony lasted 10 to 15 minutes, she added.

"We were allowed to take off our masks and kiss each other when we said yes," she said. She does not want to let the steep increase in infections throughout Berlin spoil her mood. 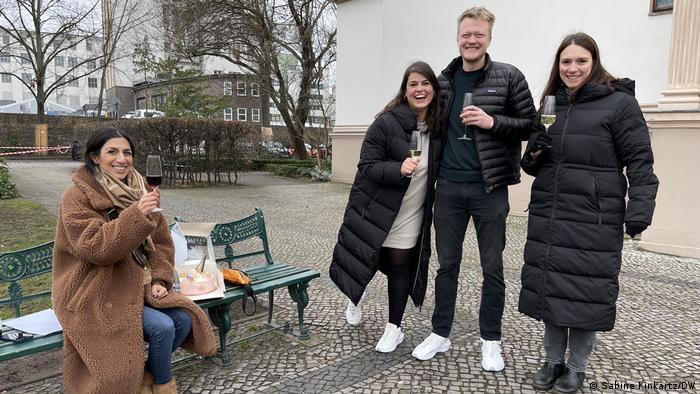 But the mood is somber in the lively district of Kreuzberg. It's unusually quiet here in the streets with their many small shops, restaurants and cafes. Only a few passers-by are out and about.

"It's totally dead," a saleswoman said. She has never experienced such a slump before. But, with the high number of infections, few people are going out these days.

The number of infections in Berlin has skyrocketed. The seven-day incidence stands at almost 1,000 infections per 100,000 inhabitants. Omicron has long since replaced the Delta variant in such densely populated districts as Mitte and the southeastern areas of Neukölln, Friedrichshain and Kreuzberg.

The high number of infections has led to a rush to the 12 state-owned test centers that offer free rapid antigen and PCR tests.

Long queues stretch along the streets. One young couple standing outside the test center in Wedding district on Saturday afternoon told DW they had already been in line for an hour and would certainly have to wait another hour. "We did two rapid tests that were negative each time," they say. "But we have had contact with someone who is infected. That's why we now want clarity through a PCR test."

Omicron accounts for over 70% of new cases across Germany

Behind them are numerous people waiting, all with FFP2 masks and spaced out at large distances. The line is at least 300 meters long (nearly 1,000 feet). Rain is expected at the beginning of the week. Anyone who is not infected with COVID here will certainly catch at least a cold.

The queues in front of the test centers belonging to the commercial provider Coronatest.de are not as long. The company operates 50 test centers nationwide, 20 of which are in Berlin. It offers antigen and PCR tests, which are evaluated in four of its own laboratories, explains managing director Benjamin Föckersberger in an interview with DW.

Testing labs on the verge of collapse

In Berlin, only two laboratories have been commissioned to evaluate the tests from the public test centers. Because of the overload, it sometimes takes three or more days before the result is communicated.

Even the city's renowned Charite University Hospital is affected, because every patient who is admitted must first be isolated until the result of the PCR test arrives. Föckersberger's company has offered to step in and offer capacities, but the health administration has so far rejected this. 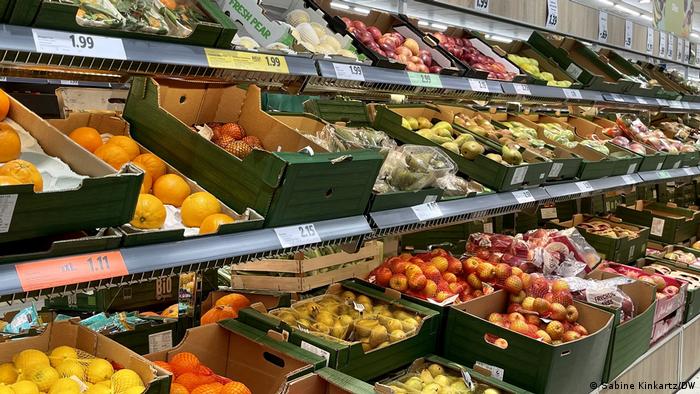 Berlin supermarkets are still well stocked, but, with workers across the supply chain calling in sick, that could soon change

Benjamin Föckersberger hopes that the city's new top health official, Ulrike Gote, will solve the problem of the overcrowded test centers and that his company is also granted some support. At the moment, however, he has another problem: numerous employees have also called in sick in his test centers, so that he can only operate some centers at half capacity.

High infection numbers and high numbers of people out sick could soon lead to a loss of care for the population in Berlin. The shelves in the supermarkets are still well stocked. But infrastructure challenges keep coming — even the city's public transport companies have already announced that they will limit the number of buses on some lines this week.

Chancellor Olaf Scholz has said he favors compulsory jabs for everyone eligible, and similar measures have already been put in place in other EU countries. However, many hurdles remain.