Police in Berlin have arrested two people after carrying out raids across the city in a crackdown on inter-gang warfare and illicit drugs and weapons. 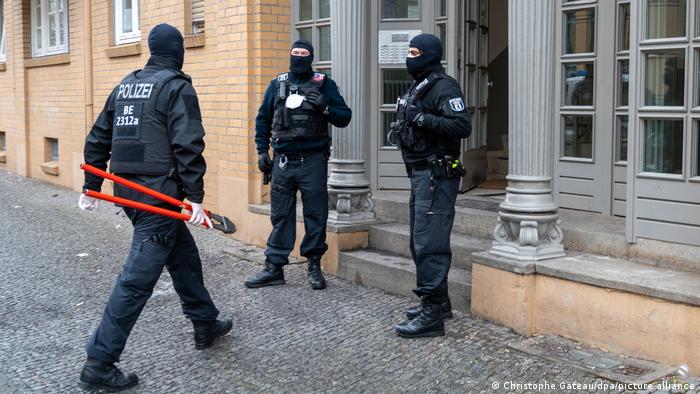 Hundreds of officers conducted raids in more than 20 locations across Berlin on Thursday morning after clashes between rival gangs in the German capital last autumn.

The police said the search related to drugs and weapons, but also violent "clan clashes" in November 2020.

The violence was between "members of a family of Arab origin and Russian nationals of Chechen background," police tweeted.

"Investigators are currently enforcing arrest warrants and over 20 search warrants for organized trade of drugs and weapons. Two suspects have been arrested," prosecutors tweeted.

Some 500 officers, including those from tactical units, were understood to have been involved in the raid, which also related to "investigations by the tax office." As well as searches in various Berlin districts, there were also raids in the surrounding state of Brandenburg.

Who were the targets of the raids?

Police were reported to be targeting the "Remmo clan," a family of Arab origin notorious for ties to organized crime. Its members have been linked to major museum heists in Berlin and Dresden in recent years.

A member of the family was arrested in December over the theft of jewels from the "Green Vault" museum in Dresden. Three other suspects were arrested a month earlier.

The clan was also implicated in an audacious museum robbery in the heart of Berlin, which saw a 100-kilogram (220-pound) gold coin taken by thieves.

A man seeking sanctuary at their church was also killed. The two priests belonged to a religious order well-known for negotiating gang disputes in Chihuahua — a region wracked by organized crime.