In response to questioning by the far-right AfD, Berlin's Interior Ministry has requested police speak German at work. But it has stressed that the ability to speak other languages is generally helpful. 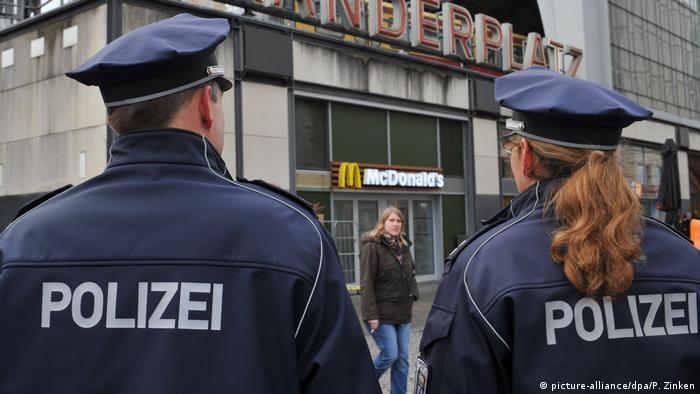 The Berlin Interior Affairs Ministry on Wednesday requested that the city's police officers do not communicate with each other in foreign languages while on duty, in response to a parliamentary question by the far-right populist Alternative for Germany (AfD) party.

"The use of a foreign language between officers in the course of their duties was occasionally recognized by superiors," it admitted in a statement (PDF).

The police force's official language is German and officers know this, the statement stressed. The use of German forms "the basis for good, transparent and trusting cooperation" within the agency, the ministry said.

"When this transparency is not ensured in certain cases by the use of a foreign language, such behavior must be addressed and openly stopped by superiors or colleagues," the ministry statement continued.

But it stressed that knowledge of foreign languages was generally desirable for police officers "because they could be helpful in contact with tourists and other foreigners."

Up to a third of people living in Berlin have a migration background and the make-up of new recruits in the Berlin police force deliberately matches that. According to the Senate, about 29 percent of new police officers had a foreign background in 2015, with the largest group coming from Turkish families, followed by people with Polish roots.

The issue came to light when AfD politician Hans-Joachim Berg asked State Secretary of Interior Affairs Torsten Akmann whether the Senate was aware that police officers were speaking "non-German" in front of their colleagues during shifts. A series of follow-up questions focused on the German ability of new recruits and whether use of the German language had decreased.

According to Akmann, it did not appear that the ability to speak German had declined in recent years.